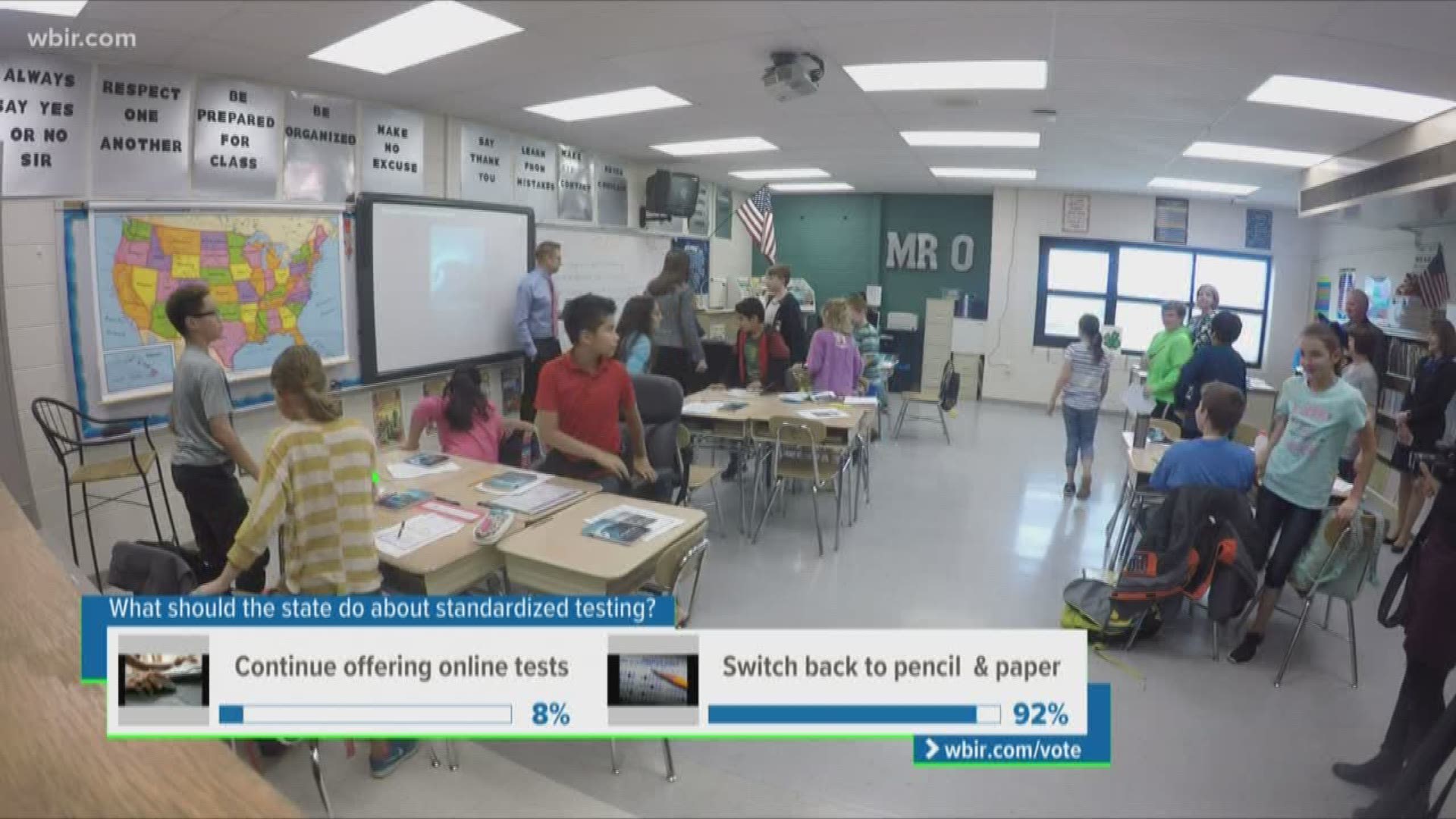 KNOXVILLE — Leslie Kurtz's 10th grade son was not one of the thousands of Tennessee students who faced technical issues with the TNReady exams this week. That's because she told him he should not take the exam.

"The TNReady tests are a waste. They're a waste of money, they're a waste of time, and it breaks my heart to see these kids going through this," Kurtz said. "Since my kids were in middle school, we've told them you're not going to be taking these tests at the end of the year. Do not prep, do not worry."

No technical difficulties were reported Wednesday, but several Knox County schools chose not to administer the TNReady exams following two days of disruptions.

For parents like Kurtz, the tests are a waste of time and money.

Kurtz said her son thrives at L&N Stem Academy, but the tests don't represent that. She is OK with her son receiving lower grades for opting out of the required exams if it means he avoids the stress of the test.

"It takes the teaching out of the hands of my kids' teachers," Kurtz said. "My kids have great teachers, and they know how to evaluate my kids."

RELATED: Parents upset with the troubling timeline of TNReady testing

"There have been documented issues and still we keep trying to use the same system and we continue to have failures," said Amber Rountree, vice chair of the Knox County Board of Education. "It’s heartbreaking to hear of kids who are in tears because they work so hard on an essay and they get to the end and it won’t let them submit and their hard work is gone."

In 2016, Rountree raised questions about the testing vendor Questar, pointing to previous issues in other states.

"I liken it to groundhog day. We're living the same fiasco that we've lived in previous years with TNReady," Rountree said. "It absolutely isn't what our kids in Knox County deserve or our parents or our teachers."

It is not yet known if the tests will count for a grade this year. Some lawmakers say there is no way the exams could be accurate after all the difficulties.