GSMNP originally issued a news release Wednesday that said the National Park Service had euthanized a male bear after finding it near a man's body but did not find the bear until Sunday morning. 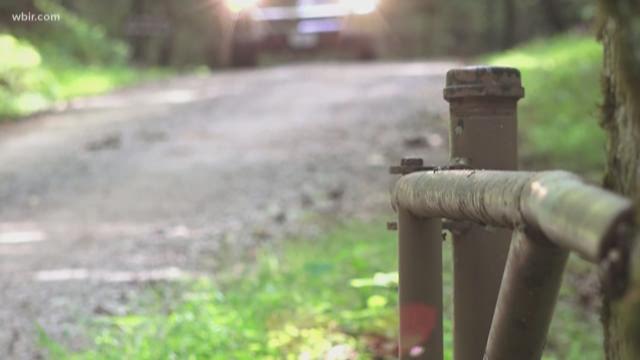 Gatlinburg — Park officials have shot and killed the bear associated with the investigation into a man's death.

A news release Wednesday said the National Park Service had euthanized a male bear after finding it near a man's body in Great Smoky Mountains National Park. On Friday, the park said rangers actually had not yet found and killed the bear.

Park officials anticipated they would quickly kill the bear after issuing the news release, but they did not as fast as was assumed, Campbell said.

Campbell said the release announcing the decision to put down the bear was made under the assumption that authorities could quickly re-locate that animal.

Rangers did not find the bear until Sunday morning.

The bear, targeted after it was found near a 30-year-old man's body Tuesday, had a GPS collar to track it. Park authorities closed off the Rich Mountain Road area where the bear last was seen and tracked it in the daytime to find it, spokeswoman Julena Campbell told 10News.

Wednesday's release included a quote from Park Superintendent Cassius Cash: "While the cause of Mr. Hill's death is unknown at this time, after gathering initial evidence, consulting with other wildlife professionals and careful consideration, we made the difficult decision to euthanize the bear out of concern for the safety of park visitors and local residents.

"This is always one of the hardest decisions a wildlife manager has to make, and is one that we did not take lightly. Over 2 million visitors come to the Cades Cove area annually and there are several residential areas very close to where we found Mr. Hill's body. We could not take the risk of allowing the bear to approach or show aggression towards other people."

On Tuesday afternoon, the body of William Lee Hill Jr., of Louisville, was found off the road about 2 miles north of Cades Cove.

Park officials had been told Sunday that Hill and another man had gone to the park on Friday to look for ginseng. They'd gone different directions. Hill hadn't been seen from or heard from since.

An ensuing search led to discovery of his body Tuesday off a trail about a half mile from Rich Mountain.

There also was evidence that wildlife had eaten some of Hill's remains, according to the Park Service.

Also, according to NPS, "...an adult male bear remained in the area, showing aggressive behaviors for many hours, even as rangers worked to recover Hill's body throughout the evening hours."

The bear was trapped Tuesday, and evidence of human DNA was found with it.

On Tuesday night it was still alive. By then it was late -- about 10 p.m. according to Campbell -- and park authorities decided to release the collared bear overnight while they met Wednesday morning to fully discuss the decision about putting down the bear.

Campbell said it's not a simple decision or one that park authorities want to make without a complete discussion.

"We don't make a decision like that on the spur of the moment," she said.

Authorities indeed decided Wednesday to go get the bear and kill it, Campbell said.

The press release announcing the discovery of Hill's body and the decision to kill the animal was put out early Wednesday afternoon. The assumption was the bear would be found quickly, but it was not found until four days later.

The park said Hill's death is still under investigation.