“It’s hard to predict when and where and what it will look like, but I think the future will be much brighter when children are vaccinated,”- Dr. Robert Jacobson 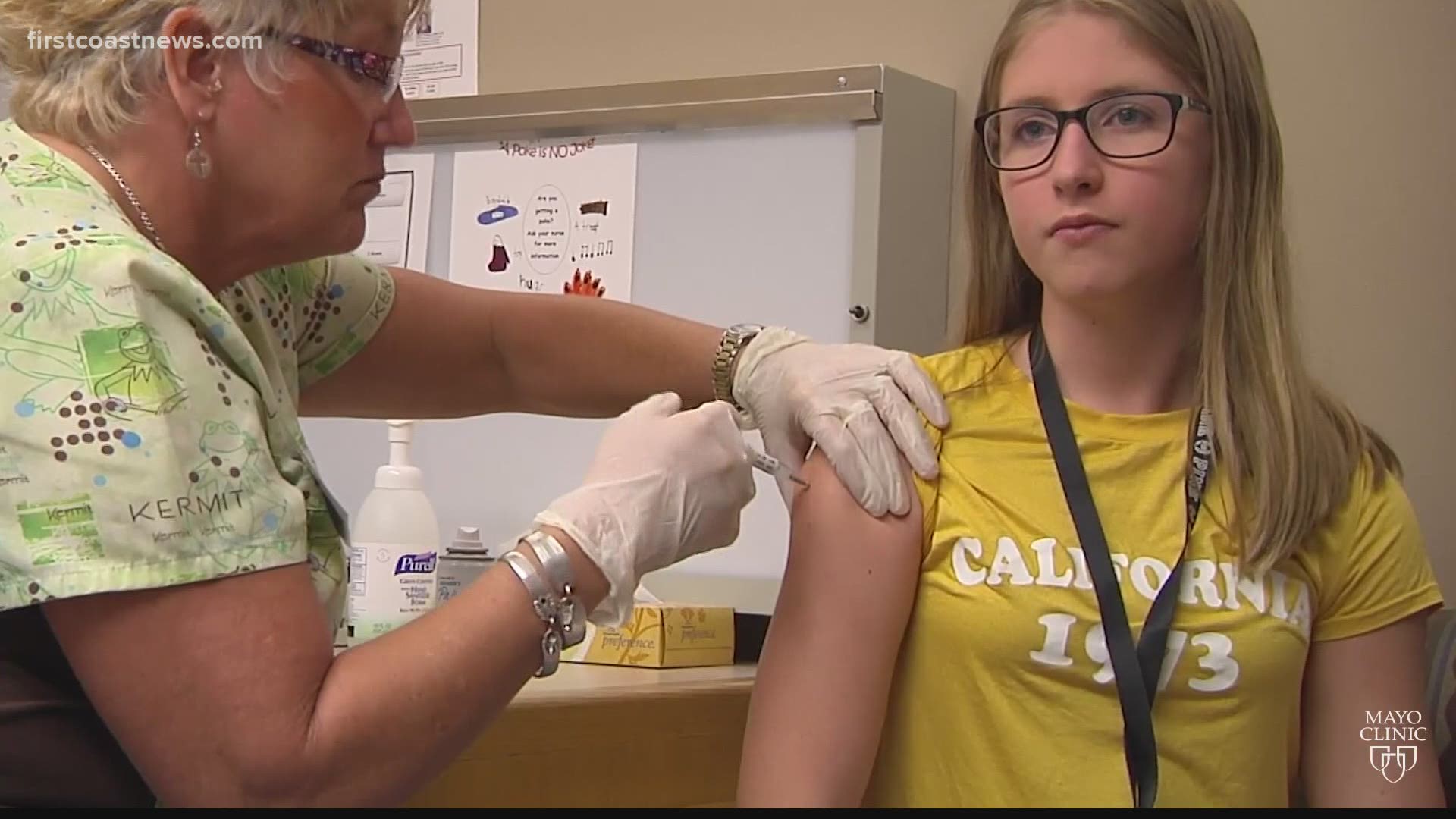 JACKSONVILLE, Fla — Experts say COVID-19 vaccines for children may be available as early as Fall 2021.

The vaccines, Jacobson said, are promising so far.

“We have heard of no safety signals sent to the Food and Drug Administration,” Jacobson said.

Many parents are apprehensive about vaccinating their kids as they are typically not at risk for severe reactions to the COVID-19 virus.

Jacobson said it’s important for children to be vaccinated not only for the rare chance they’d have an adverse reaction to the virus but to keep others safe.

There is a chance children will have more exasperated side effects after receiving the vaccine, such as headache, body ache, and fever, Jacobson said.

“These are not life-threatening,” Jacobson said. “The benefits wins the day and is the basis for vaccination.”

One area of uncertainty is the rare COVID-19 complication called Multi-System Inflammatory Syndrome in Children. Jacobson wonders, could the vaccine prevent it or trigger it?

“We better make sure that two months after each dose we are following with this 12 to 17-year-old to make sure the vaccine is not triggering a similar multi-inflammatory syndrome,” Jacobson said.

Jacobson said so far, so good during this trial, which leads him to believe there will be promising results.

“We definitely will need vaccines in children against the COVID-19 infection,” Jacobson said.

Jacobson believes vaccinating children may be what allows us to finally conquer the virus.

“It’s hard to predict when and where and what it will look like, but I think the future will be much brighter when children are vaccinated,” Jacobson said.