Pete Crabtree decided to try a new method to keep his small dog safe when it comes to predators after losing his pet to what appeared to be a coyote attack a few months ago. 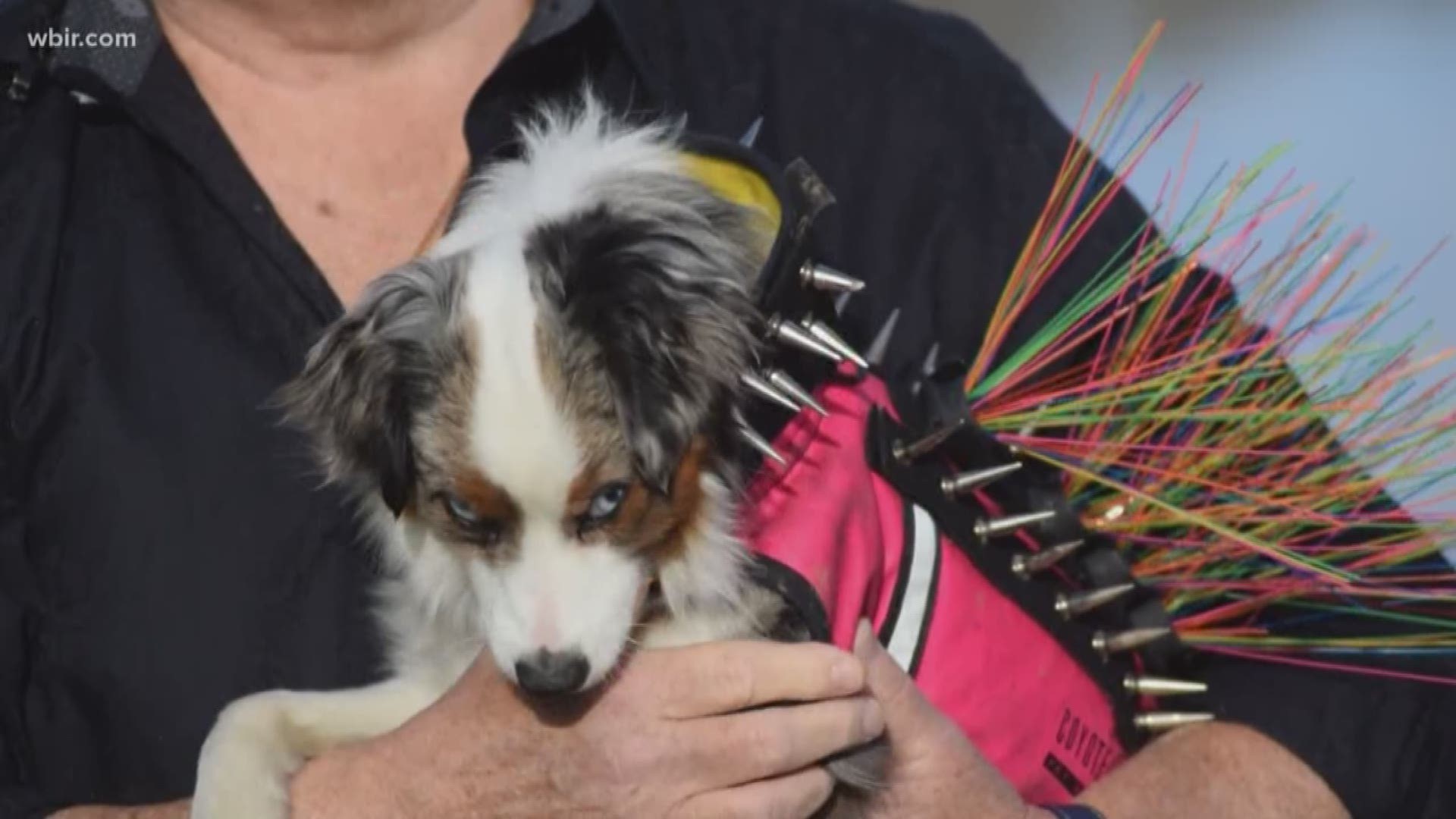 KNOXVILLE, Tenn. — After losing their dog in a possible coyote attack, a Knoxville family is taking a different approach to keeping their other dog safe. They are using what's called a 'coyote vest.'

A few months ago, Pete Crabtree let his dog outside, but he never came back.

"Later, we kept hunting for the dog and found the dog's body at noon in the woods with a couple puncture wounds in its side," Pete Crabtree said.

Veterinarians said the dog could've been killed by a coyote. After the dog was killed, Crabtree saw an advertisement for a coyote vest for dogs. He decided to buy it for his other small dog.

"I thought it was pretty cool. It has Kevlar in the side, bristles and spikes. So, I ordered it," Crabtree said.

The vest is advertised to slow down a predator if they try to attack your pet.

Credit: WBIR
A dog wears a 'coyote vest' which is designed to deter attacks by equipping pets with spikes and pointed edges.

"They're definitely out here and you see predator birds flying around so it gives us comfort," he said.

We showed the CoyoteVest to a local veterinarian and she wasn't a fan.

"I don't see why a coyote would be deterred by that. I thought it was funny. It just looks hysterical. It looks like a costume." Dr. Jaqui Sherrod said.

Dr. Sherrod said she hasn't seen any coyote attacks this year, mainly because the pets are typically killed. She doesn't think the vest would do much to help them anyway.

"Coyotes are going to go by scent or behavior and that costume is not going to stop them from attacking a pet," Dr. Sherrod said.

She said coyotes are predators and they're territorial.

"I wouldn't buy one. I would just keep the pet inside and take them out in the daylight when you can watch them on a leash. If you have coyotes in the area, I would definitely be extra cautious," Dr. Sherrod said.

Pete Crabtree said he is extra cautious anytime his pets go outside and the vest is just an added layer of security.