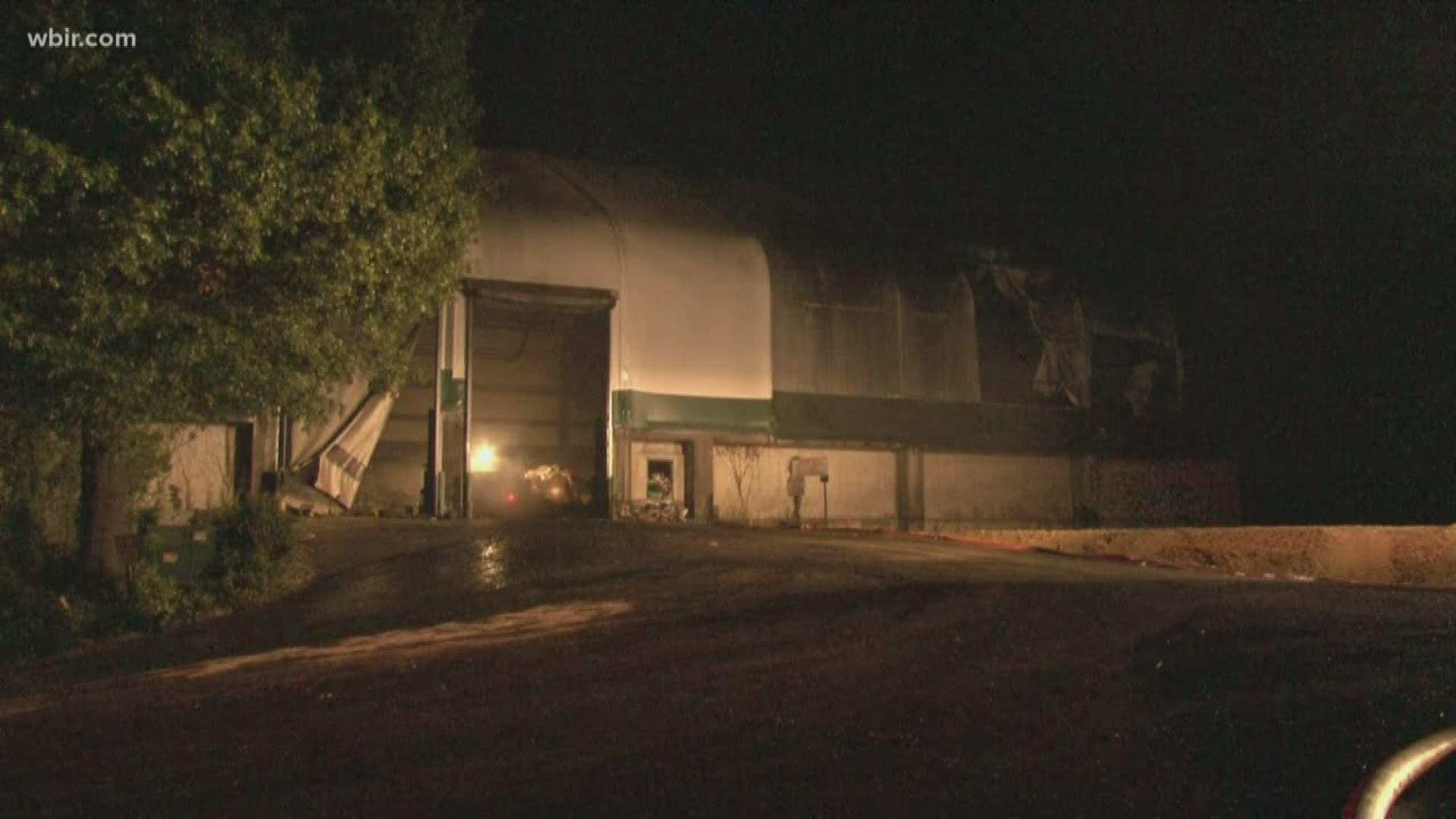 SEVIER COUNTY, Tenn. — Crews put out a fire at the Sevier Solid Waste facility just before midnight Wednesday, according to the Pigeon Forge Fire Department.

Fire officials said it started inside the building off Ridge Road near Mt. Zion around 9 p.m. Wednesday and multiple agencies responded after a driver, who was passing by, reported it.

No one was injured and, according to Sevier County officials, the fire did not spread outside of the facility.

The fire was found on the tipping floor, which is essentially a room with a big concrete floor and where trash is collected before it's separated, according to Sevier County Assistant Mayor Perrin Anderson.

Sevier County Solid Waste General Manager Tom Leonard said he believed something hot may have come in with the piles of trash and the garbage being dry already just helped the fire spread.

"So if it had been wet, it probably couldn't have started up, because the garbage is typically wet coming in," he said.

People were working when the fire broke out, according to Leonard.

It was unclear when the fire was put out but Anderson said it was before 11:45 p.m. Wednesday. He also said crews weren't sure how much damage was done to the building yet.

Leonard told 10News there was damage to the front and side of the building and firefighters had to cut into the front of the facility to get water in.

"We're actually getting ready to do a major expansion and replace that building so it's not bad but it's not good. We'll probably try to patch all that up until we get that done but we expect to have a much bigger facility in the spring," Leonard said.

Crews moved out garbage overnight that was not on fire so it could be taken to the landfill.

Leonard said in the meantime, the facility will take all garbage, which he said is just household waste, to a landfill until it can operate again.

Sevier Solid Waste Incorporated is owned by all cities and the county, Anderson said.

The cause of the fire is unknown and Sevier County officials said the investigation was ongoing.

The facility will also do its own inspection, in addition to the fire department's, Leonard said.

This story is developing and will be updated.