The Pigeon Forge trolley system is the second largest rural transit system in the U.S. 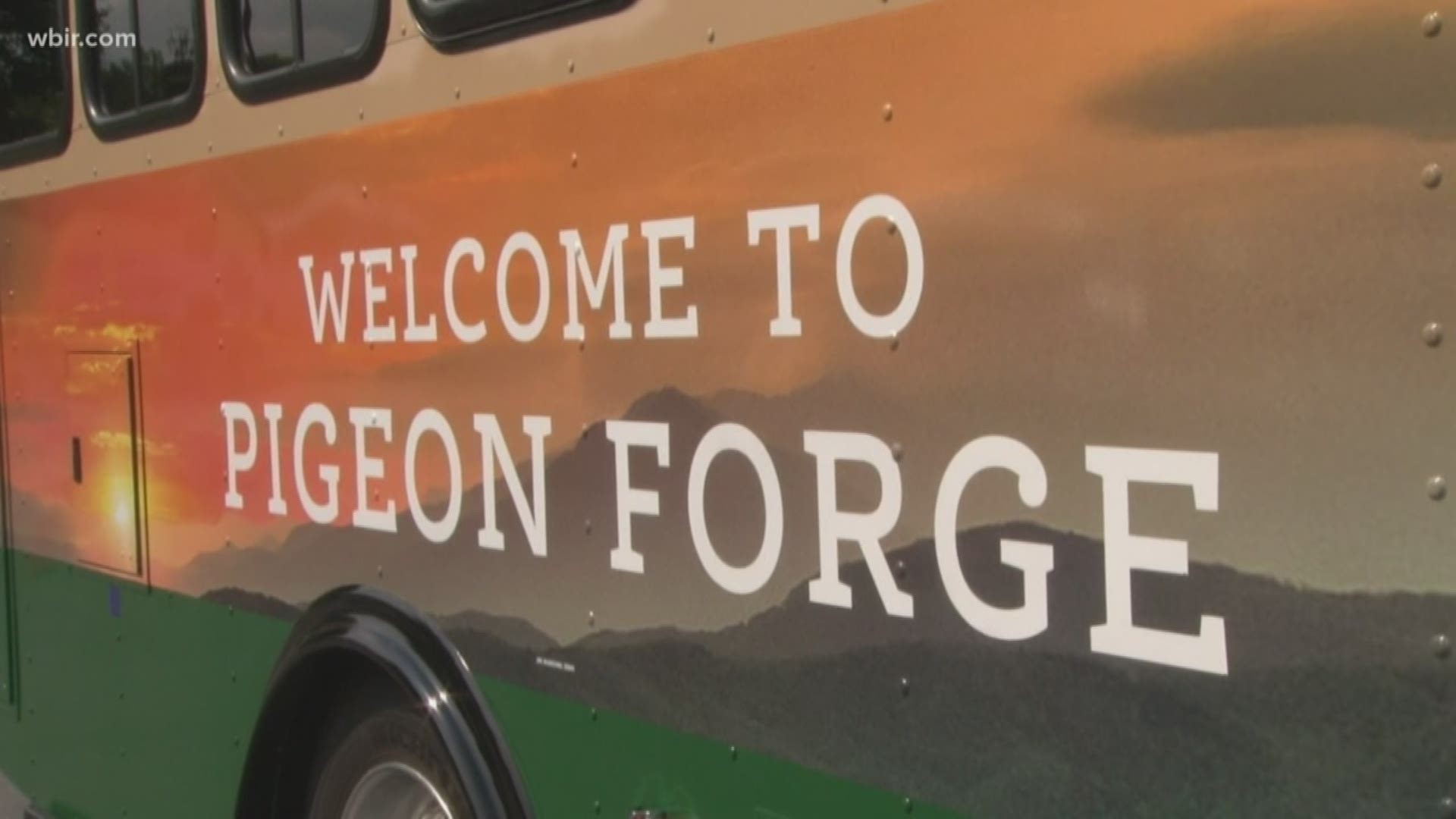 PIGEON FORGE, Tenn. — Pigeon Forge Mass Transit unveiled a new design for their trolleys and announced that it had record-breaking ridership for the 2018-19 season on Thursday.

It will have two new trolleys that feature a Smoky Mountains sunset design.

According to a news release from the city, the trolley system had 3.1 million passengers during the 2018-19 season, compared to 2.9 million riders the previous year.

The city expects to break that record this year, Lynn Wilhoite, the Pigeon Forge Mass Transit director, announced in the release.

“Lynn and his transit department staff, along with our city leaders, have focused much time and effort on better connectivity to provide the best possible experience for our mass transit passengers,” Pigeon Forge City Manager Earlene Teaster said in the release. “Ridership of 3.1 million and counting demonstrates that we’re providing a service that is needed and beneficial.”

“Our patrons are researching our Pigeon Forge Mass Transit routes and planning to park their cars and ride with us,” Wilhoite said in the release. “They know how our routes align with the places they want to visit, and they’ve already identified that our transit system is the most efficient way to travel in Pigeon Forge.”

The Pigeon Forge trolley system is the second largest rural transit system in the U.S., the release said. It ranks first in fixed-route ridership in the country and began year-round service for the first time in January.

Previously, the transit system was closed the first week in January through early March.

Year-round passes can be bought for $35 per person.

All Pigeon Forge trolleys and trams are lift-equipped for wheelchairs and/or other mobility aids and may be accessed at any designated trolley stop.

Passengers who are unable to get to a designated trolley stop may schedule a paratransit van for next-day pickup. Paratransit van reservations may be made by calling (865) 453-6444.