Young men met with Knoxville police officers Saturday afternoon in the Save Our Sons events, meant to bridge the gap between police and those they serve. 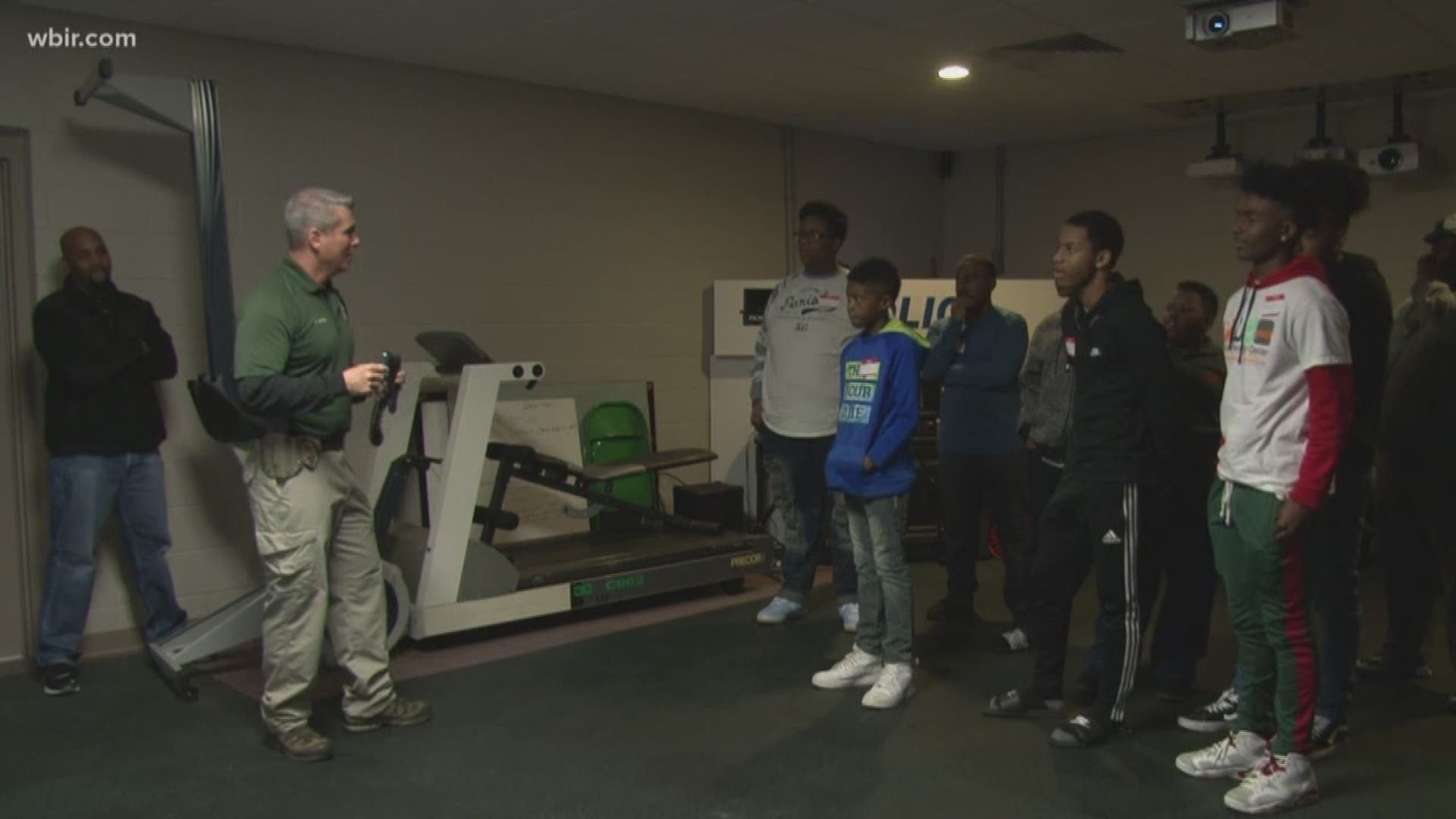 About 30 young black men with the Save Our Sons initiative met with Knoxville police officers Saturday for an engagement session meant to bridge the gap between police and those they serve.

Save Our Sons focuses on empowering young black men and setting them up for success.

For the first time since the program started in Knoxville in 2013, participants spent one-on-one time with police officers.

"In order to build trust, you have to have relationships," said Knoxville Police Chief David Rausch.

That's what Knoxville police officers set out to build Saturday with the young men-- some as young as 14.

Participants spent time with officers, going through shooting simulations and acting out traffic stops.The biggest takeaway for many at Saturday's event was learning their rights.

Police walked through how citizens should work with police if ever pulled over or confronted.

"The goal is to make sure that they are equipped enough to survive their interaction, and also survive and know that they have rights to express those needs they have, those concerns," said Clarence Vaughn, Executive Director of the Police Advisory and Review Committee for the City of Knoxville.

Rausch said this workshop came at an important time, with lots of attention around the officer-involved shooting in California.

"How do you avoid ever getting into that situation with law enforcement, right? So that you can avoid and prevent those types of things from happening," said Rausch.

Organizers hoped the participants and police officers could learn from each other's points of view.

RELATED | Save Our Sons educates, inspires at Sons Summitt II

"Every officer doesn't look at a young man as a perpetrator or someone that's guilty," said Kevin Perry, Community Outreach Manager for Save Our Sons. "If one person gets it, it's worth the investment."

That's exactly what participants Parker Hayden and Andre Jordan took from the day - seeing police in a new light.

"A better mindset with the police," said Hayden.

Perry said after seeing Saturday's success, this will be the first of many more workshops Save Our Sons will have with police.