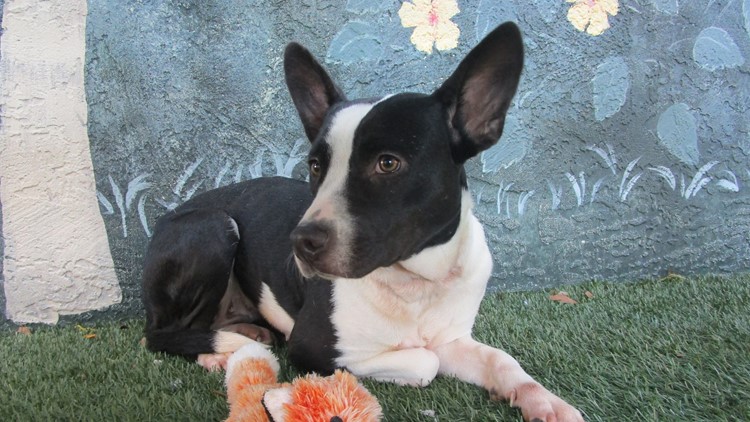 WINTER HAVEN, Fla. — An anonymous tip led to the discovery of one adult female dog and four puppies that were malnourished, flea-ridden, injured and given no food or water, according to the Polk County Sheriff's Office.

The sheriff's office said one of the puppies was dead by the time an agricultural crimes detective was granted access to the yard after numerous attempts to reach the owner.

According to the release, a tip was called in on Dec. 8 saying there was an injured dog and several puppies in 51-year-old Fernandez Gunter's backyard that looked malnourished. Animal control, along with the sheriff's office, went to the home over the next few days and no one was ever home. However, they posted on the property that whoever lived there needed to contact animal control.

No one ever called, but the arrest affidavit says that eventually, they were able to reach Gunter's wife. She told the investigator that the dogs were her husband's.

His wife told deputies she doesn't like dogs and never goes into the backyard. She agreed to surrender the dogs to animal control, according to the arrest report.

When an agricultural crime detective went into the yard, they found a female dog with a chain collar embedded in her neck along. The detective also found three live puppies and one dead puppy, according to the sheriff's office.

The detective also reported that all of the dogs were flea-infested and there was no food or water out for them.

Animal control took the dogs to a shelter where surgery was required to remove the chain from the adult dog's neck, and one of the puppies had to be put down.

The female dog will be ready for adoption after she heals from her surgery. The two surviving puppies are already adopted out.

"It makes no sense whatsoever to have pets if you're just going to leave them outside and totally neglect them," Sherrif Grady Judd wrote in the release. "Animals deserve our love and we have a responsibility to care for them properly. Fortunately, we've been able to adopt two of them out to good homes, and hopefully the third will be able to be adopted soon."

According to the arrest affidavit, the animal control veterinarian said the collar had been embedded for at least a few months "due to the skin trying to heal and grow in between the chain links."

Gunter is charged with one count of felony cruelty to an animal.