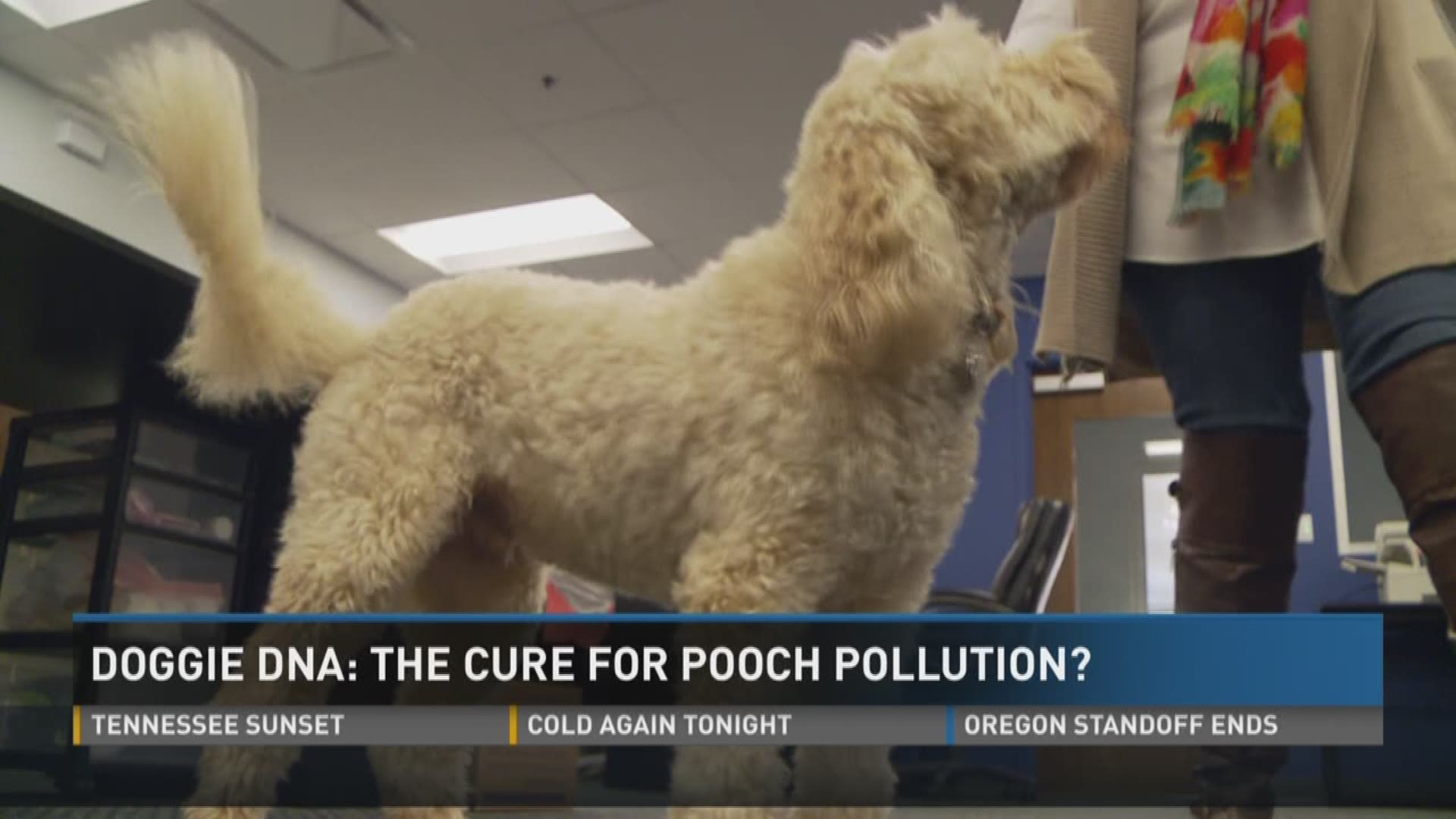 (KNOXVILLE) It's happened to all of us.

That miserable moment when you realize you've stepped in it: Dog poop.

It can ruin you day, but pooch pollution is an even more serious, growing problem across the globe.

The Environmental Protection Agency designates dog waste in the same category as toxic oils and chemicals.

But, one local company believes they've found a way to curb the problem through science, and doggie DNA.

"We launched in the U.K. in an area of London which is appropriately called Barking and Dagenham,” said Retinger.

The program is called Poo Prints, and it all starts with a simple DNA test.

The cheek swab goes into a database at the Knoxville-based lab. Then the dog waste evidence comes in, where it’s tested and matched. Ultimately, it will help track down the canine culprits to their owners.

"We've had some psychological studies done on why people don't pick up. There are some people that are never going to pick up, until they realize they are absolutely going to be caught,” said Retinger.

"We don't have to have tattle-taling with our residents, it's just a quick email - Hey, there's poop instead of this. I know its Mrs. Jackson, she's letting her dog poop again,” said Adam Chaiveira.

As property manager of the Legends of Oak Grove development, he’s witnessed an immediate impact since they jumped on board in 2010.

"Our maintenance team couldn't keep up with picking up dog poop. Our residents were stepping in it,” said Chaveira of the initial problem.

Now, they only deal with about one fine a month.

"We rarely have anybody that's going to be a second-time offender,” said Chaveira.

Legends saw some pushback at first, but now everyone’s on board. The apartment complex even uses their fine money to buy nice things for the pets, like a dog park and dog spa.

Still, the mission of Poo Prints is bigger than catching naughty owners.

"It sounds funny, and the name sounds funny, but it really is a serious problem,” said Meg Retinger. "If you don't pick it up today, you'll drink it tomorrow,

Contrary to what some believe, dog waste is not a fertilizer. It is actually full of toxins.

"It’s not just going to dissolve and go into the ground. It'll go into the water shed,” said Retinger.

Left-behind waste ends up causing water pollution, killing wildlife and even shutting down bodies of water. All the time, carrying viruses, bacteria and parasites.

There have been cases where children especially have been playing in areas where there is a lot of dog waste and rubbed it in their eyes, and been blinded,” said Retinger.

Today, it’s a solution that’s traveling from Knoxville to London and has impacted over 300,000 owners and their pets.

All while keeping track of an international dilemma with a creative hometown technology.