Lawmakers expect to adjust the 2021 fiscal budget even further, perhaps by another $1 billion, from the plan they quickly prepared in March. 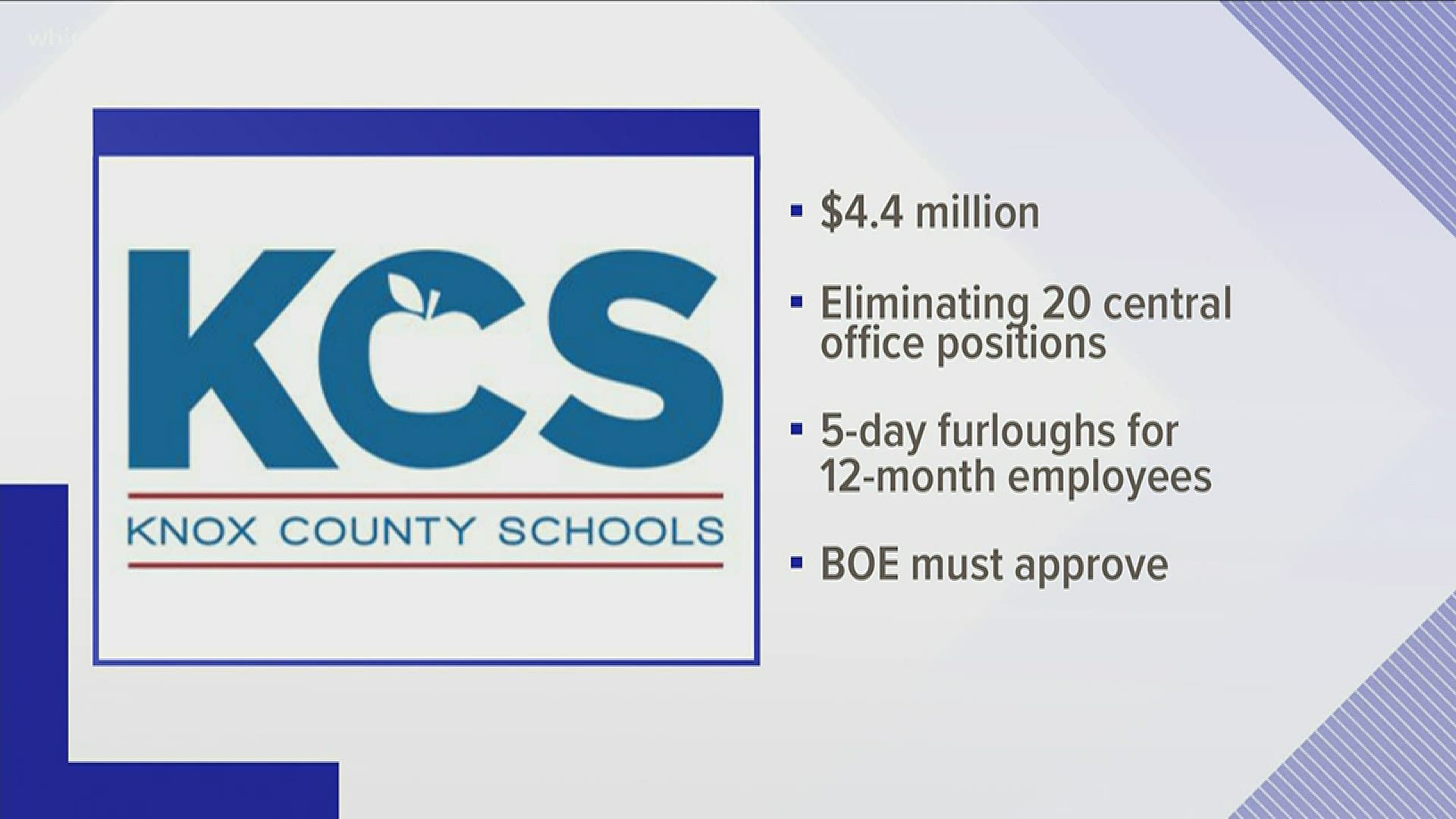 But this year's version may be in jeopardy as state leaders address the loss of hundreds of millions of dollars in sales tax revenue, a key source that drives state and local government budgets.

Lt. Gov. Randy McNally, R-Oak Ridge, who leads the state Senate, said Tennessee still needs to make up about a $500 million expected shortfall "to close the books" in the current fiscal year.

And lawmakers expect to have to adjust the 2021 fiscal budget down even further, perhaps by another $1 billion, from the nearly $40 billion spending plan they hurriedly passed in March before recessing for two months.

McNally, the longest-serving member of the Legislature, said a sales tax holiday may not be feasible this summer.

"I think that would probably be one of the things we would not do," McNally told 10News.

The State Funding Board meets Wednesday in Nashville. That will help the state get a better sense of current and future revenue, McNally said.

"Depending on what their estimates are, I'm pretty sure we’re going to face some difficult times as far as revenue," he said.

The three-day sales tax holiday is established by state law, according to Kelly Cortesi, director of communications for the state Department of Revenue.

This year it's set for July 31-Aug. 2. Items that are traditionally tax free during the weekend include clothes purchases under $100, school supplies under $100 and computers under $1,500.

"A change in or deletion of the law would require legislative action by the Tennessee General Assembly," Cortesi told 10News.

The annual event results in a savings for shoppers, and thus essentially a loss for the state, of about $10 million, Cortesi said.

Lawmakers are meeting in committees starting this week in Nashville and convene formally June 1. They're expected to meet anywhere from a couple weeks -- McNally's preference -- to perhaps a month.

McNally said the state is in a better position than many because Republican and recent Democratic governors have spent money conservatively. The state also has a strong rainy fund it can tap as needed.

Moody's Analytics estimates Tennessee is looking at a potential "fiscal shock" to its upcoming budget of up to 15 percent. It's in a better position than many states, including Kentucky, Virginia and Alabama, a recent Analytics report states.

Some states could be looking at hits to the upcoming budget of 40 percent.

The sudden shutdown of most businesses this spring across the United States amid coronavirus concerns dealt a sudden blow to the economy that experts say is unprecedented.

Federal aid is expected to help offset some of the harm, but neither lawmakers nor economists know for sure how deeply the March-May shutdown will affect the nation going forward.