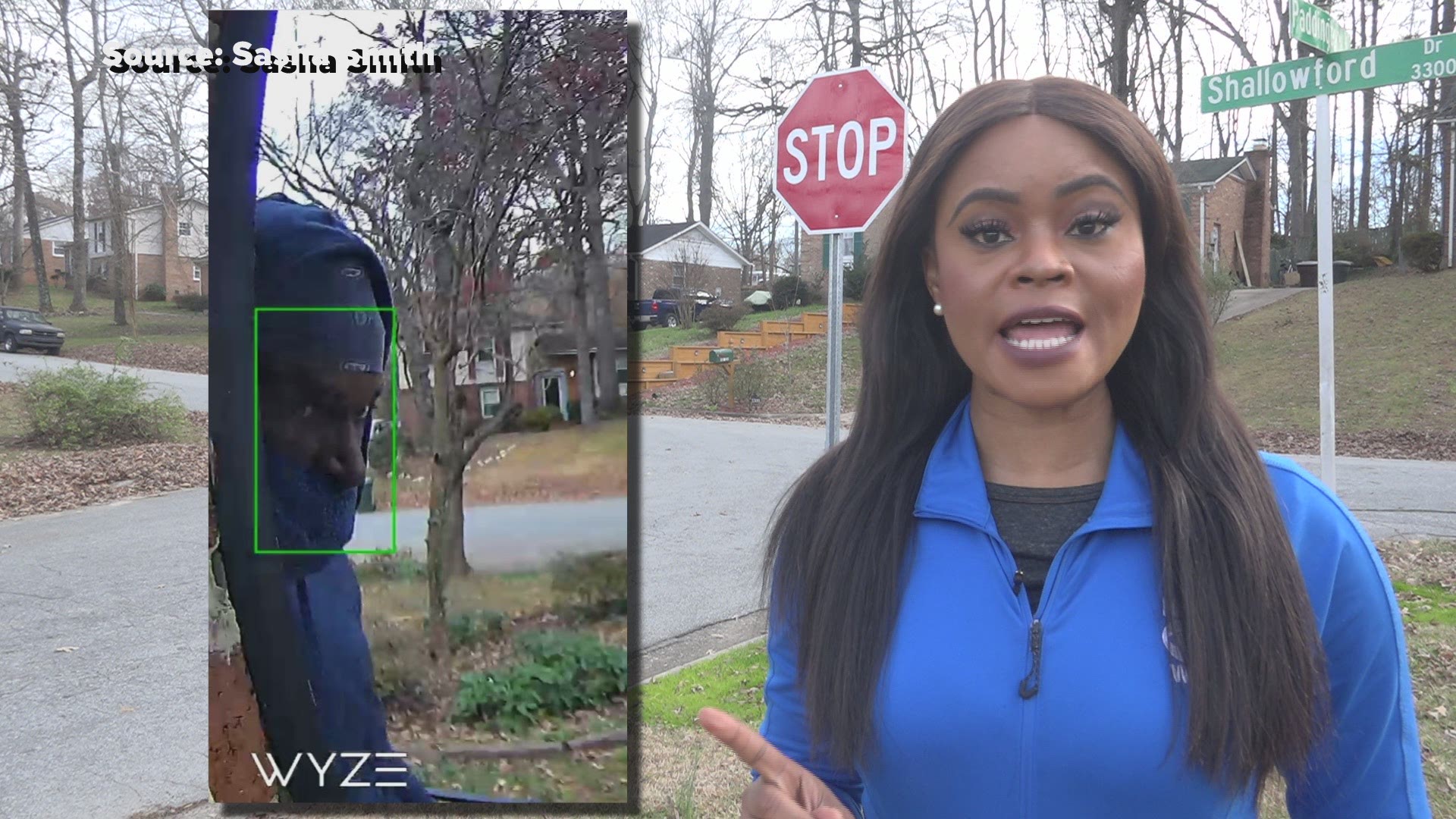 GREENSBORO, N.C. — As many people worry about the post office not delivering packages on time others are dealing with porch pirates. Porch pirates are people who go about stealing packages from people's doorstep.

One Greensboro woman said she could only watch from her phone as a thief went into action on her porch.

"I was upstairs doing homework and trying to help my child with his schoolwork and I kept getting notifications from my Wyze cam on my phone," said Sasha Smith of Greensboro.

Smith said she has been buying a lot of packages for Christmas and always expects deliveries daily.

"It was a tall slender man, with most of his face covered, with three of my boxes that he was getting out of my yard instead of it being a delivery," Smith said.

The surveillance video showed someone police have said was caught red-handed taking packages from Smith's porch.

According to a Greensboro Police report, the incident happened last week Friday on Shallowford Drive, just before 3 p.m.

Police confirmed they are actively looking for the suspect who's seen on video also taking packages from at least one other home.

"He is neighborhood shopping. He looked on the porch and I guess he picked out what he wanted to pick out. He did leave the dog food so there's that," Smith said.

She said she is still trying to figure out yet sure which of her packages were stolen but she said she saw the thief walk away with three of her boxes.

Police have warned lots of Christmas packages being delivered and left on porches are an easy target for thieves.

Smith advises don't let your packages sit on the porch for long and it might not be there waiting for you.

"If you do you have the capability to go get packages as soon as they are in your yard, go get them," she said.

Police also advise, where possible, to schedule deliveries when you will be home or ask a trusted neighbor to bring it in for you and you can pick it up when you return home.

Greensboro Police said the investigation is ongoing and they are in the process of identifying the suspect. 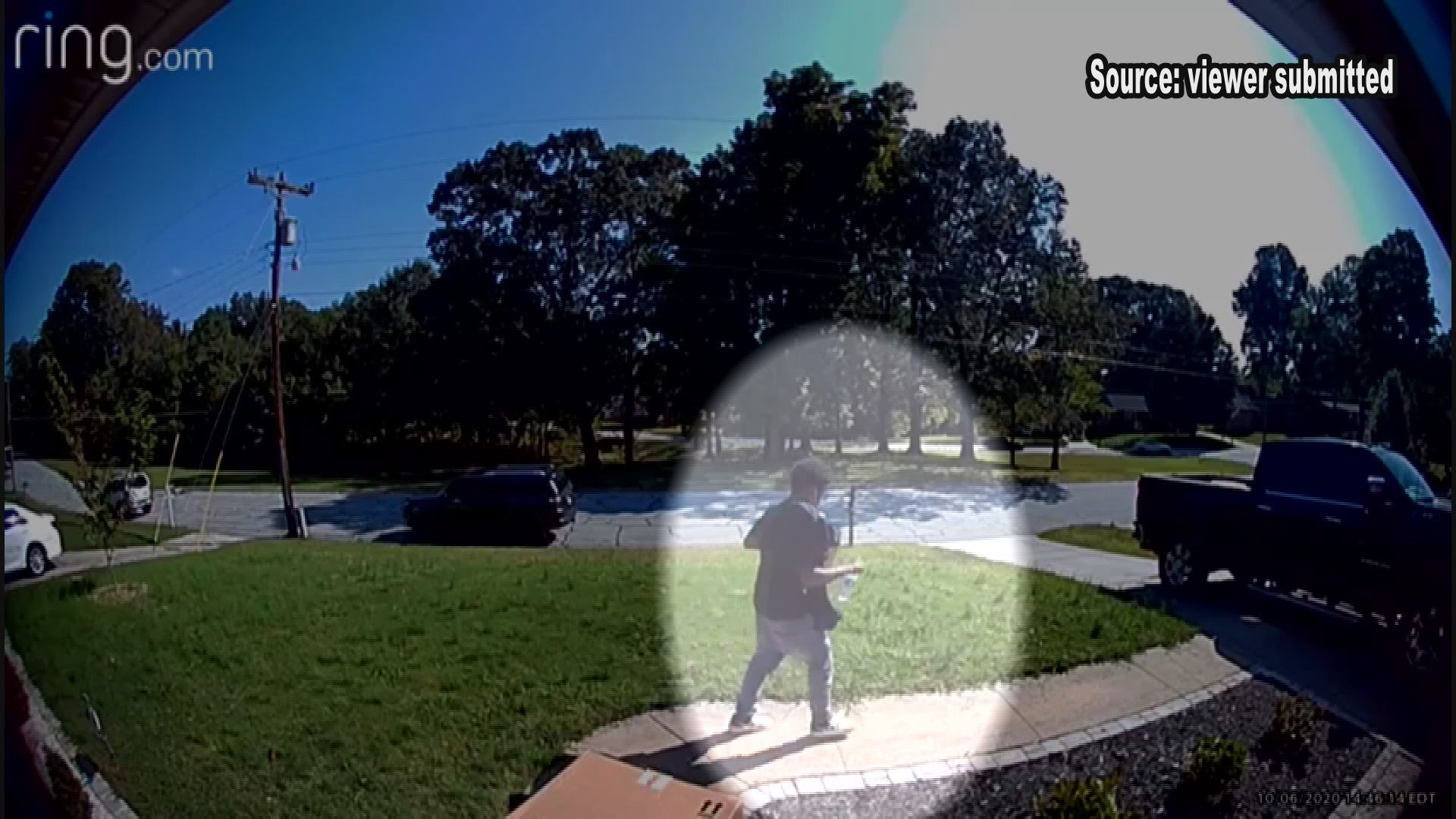