A two-year-old boy has been fighting for his life at East Tennessee Children's Hospital since falling at a Rockwood home Jan. 8. 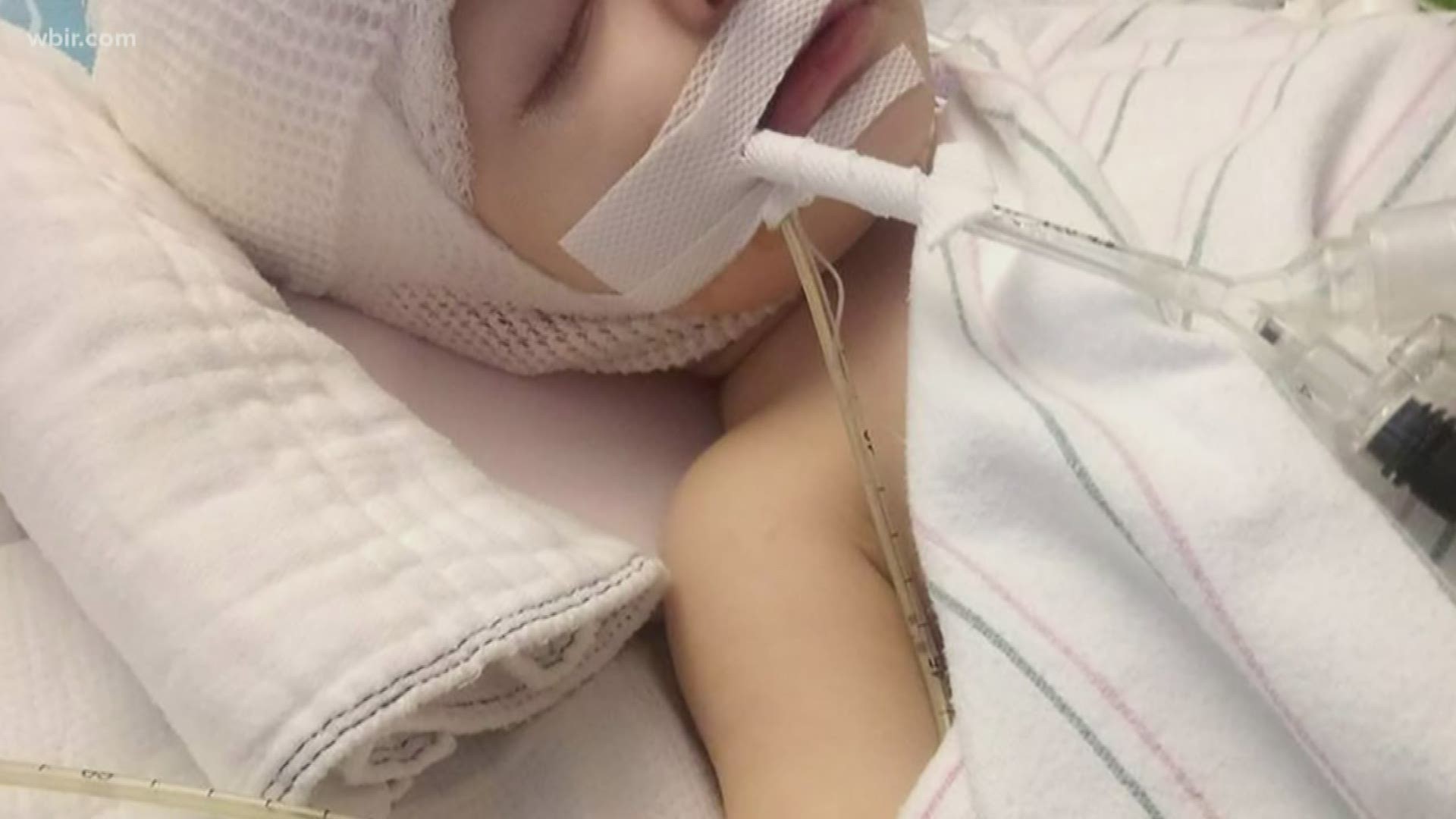 KNOXVILLE, Tenn. — A two-year-old boy remains in critical condition at East Tennessee Children's Hospital after falling at a home outside Rockwood last week.

Jacob Wolfe, age 2, has been in a fight to survive since he was airlifted from Roane County the evening of Jan. 8, 2020.

Roane County 911 records show the boy was home with his father's side of the family on Caney Creek Road when the grandmother called for help.  She told dispatchers the boy fell a couple of feet, busted his mouth open, and was unconscious with shallow breathing.

The boy's mother, Amber Potter, created a Facebook page to keep friends and relatives updated.  The page "Prayers for Jay" had a few hundred followers as of Monday evening.

In the days since Jacob Wolfe was hospitalized, the family has experienced a cycle of ups and downs due to hemorrhages and brain swelling.

Saturday night, Potter posted the swelling was so severe the family had nearly lost all hope. She posted Saturday at 7:00 p.m. her son "took a turn for the worse. Anyone who would like to see him needs to come now."

A few hours later early Sunday morning, Potter wrote the swelling reduced and Jacob "reached down and grabbed his blanket when they were done measuring his head and then started feeling for our hand and squeezed our fingers tightly!!!! This is the MOST movement he's made since he was admitted to the hospital."

Sunday the boy was briefly taken off sedation and was initiating breathing on his own, made a fist and showed facial signs of responding to pain.

Potter wrote WBIR 10News, "Anyone who would like to follow Jay's story can go to his page on Facebook, Prayers for Jay. It is a public page where I post daily updates and people are welcome to share the page as well. We do sincerely appreciate any and all prayers. We do believe God is watching over our baby boy and we are all praying for a full recovery."

The Roane County Sheriff's Office said there is an ongoing investigation in the case, but would not comment further.

An investigation does not necessarily mean there is any suspicion of wrongdoing.  It is common for detectives to investigate the circumstances and speak with doctors in cases when children are critically injured.

* Reporter's note: Jacob Wolfe's biological mother and father have separate Facebook pages to provide public updates on the boy's status and ask for prayers. Below is a link to the page by Wolfe's paternal relatives that was created after the initial story aired on WBIR.