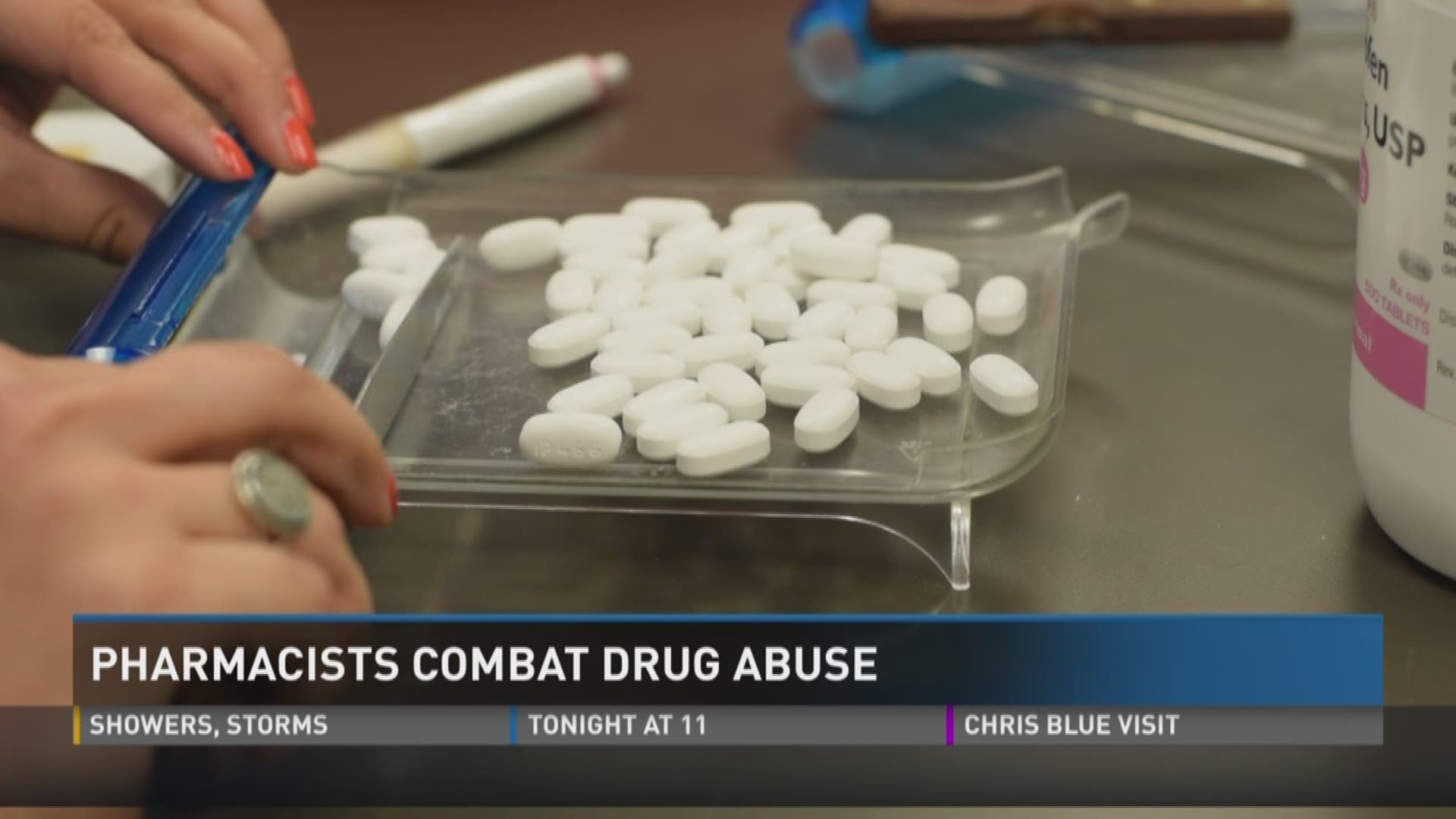 The nation’s struggle with opioids isn’t a secret. Nearly 2 million Americans are estimated to be addicted to opioids.

In 2012 alone more than 259 million opioid prescriptions were written. Prescription medication abuse is a leading cause of heroin abuse: Four out five heroin users started on prescription drugs.

Professionals say prescription abuse and overuse are telltale signs of a problem, along with doctor shopping.

"It's not surprising to me because I see it every day. I know firsthand how bad the problem is. But I do think the database is helping,” said UTMC pharmacist Ashlee Hawkins.

The Controlled Substance Monitoring Database allows pharmacists to see a patient's history and verify that the prescription in front of them is legitimate.

But legislation last year strengthened the amount of times dispensers had to turn information in to the database.

Here's what the law states: "Any pharmacy, or licensed healthcare practitioner, who has a DEA number and dispenses controlled substances in (or into) Tennessee must report to the database daily (but no later than the close of business on the following business day); each controlled substance they have dispensed over the last twenty-four (24) hours . If a dispensing healthcare practitioner does not dispense any Schedule II-V prescriptions during a reporting period, a “zero report” must be submitted to the database."

You can read the database manual here.

Hawkins explained that not every patient needs to be looked up.

It's done in situations involved more than "a seven-day supply for a narcotic or a benzodiazepine, and we'll do it for new patients that present to our pharmacy,” said Hawkins.

In the past, pharmacists had to call insurance companies to get more information on a patient.
Now, pharmacists are expected to turn away anyone they suspect of abusing drugs.

"That conversation has happened before. It is a tough conversation. You just have to let the patient know why you're not filling the medication and send them on their way,” said Hawkins.

That's exactly what the Tennessee Bureau of Investigation likes to hear.

Farmer said opioids remain a big problem for Tennessee and the country, but resources like the CSMD are making a difference.

"We've reduced the number of prescriptions over the last four to five years for morphine equivalents. They're down between 14 and 20 percent. That's tremendous progress,” said Farmer, who is based in Chattanooga.

Hawkins said she uses the database 20 to 30 times a day, saving time and keeping drugs off the street.

"We can go in this database and it's all right there for us,” said Hawkins.

One trend the TBI is continuing to keep an eye on: prescription pill abusers who switch to heroin.

Meanwhile, overdose deaths from heroin and fentanyl continue to rise in Knox County and in the state.