Vinnie Vineyard first heard about the flames moving toward Gatlinburg on Monday night when his friend and co-worker Luke Walker began posting Facebook videos from Gatlinburg warning people to evacuate. 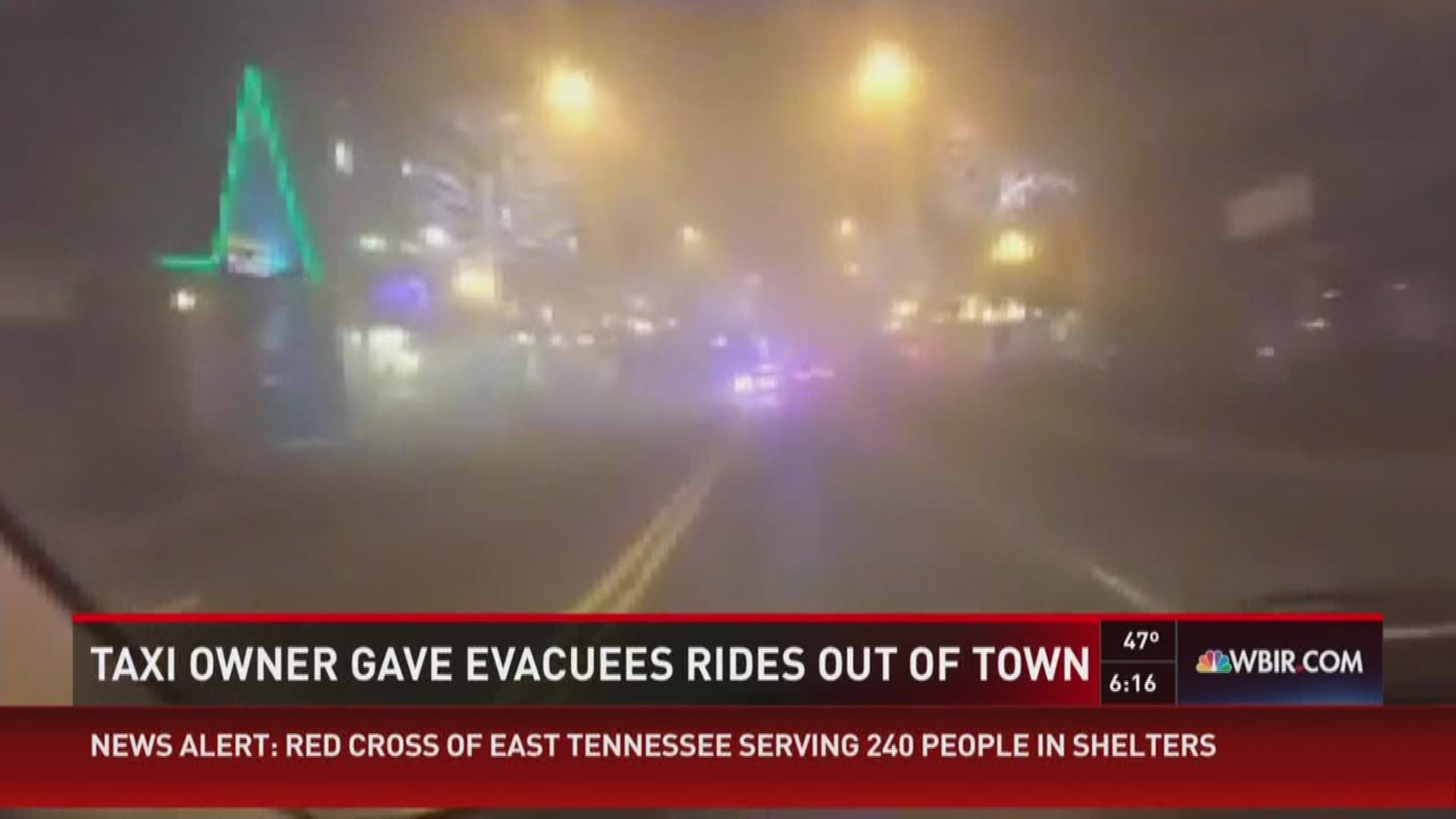 Vinnie Vineyard first heard about the flames moving toward Gatlinburg on Monday night when his friend and co-worker Luke Walker began posting Facebook videos from Gatlinburg warning people to evacuate.

“We live in a day and age when you have to see visually on some video that something is real or not real,” said Vineyard.

Vineyard credits Walker as one of the first people to warn locals of the impending danger.

“People don’t get concerned in a disaster situation until they see or hear someone telling them to be concerned about it," he said.

Vineyard owns a local cab company called Funk Master V’s Uptown Cabs. When he saw the video, he took action. He got into one of his taxis and headed toward Gatlinburg.

“By the time I got downtown, I started to panic,” he said.

“There was so much black smoke you couldn’t even see the headlights of the other cars. The wind was going crazy," Vineyard said.

He drove through the night until 5 a.m. picking up anyone who called his business and others who he encountered on the road giving them rides to safety for no charge. In his efforts, Vineyard managed to rescue 10 people from the encroaching flames.

Walker, a former Gatlinburg police officer of 11 years, felt an obligation to act after he posted his original videos that sparked Vineyard's rescue missions.

The two are also local professional wrestlers known as Funk Master V and Big Luke. They are taking part in a local wrestling event called KFW Fight for Sevier County on Dec. 16 in Sevierville to raise money for fire victims. All proceeds raised from that event will go directly to families in the area who have lost their homes.

“Every penny will go to help someone local,” said Vineyard.