From bears on campus to marriage proposals, dispatch workers never know what will happen when they take a call. 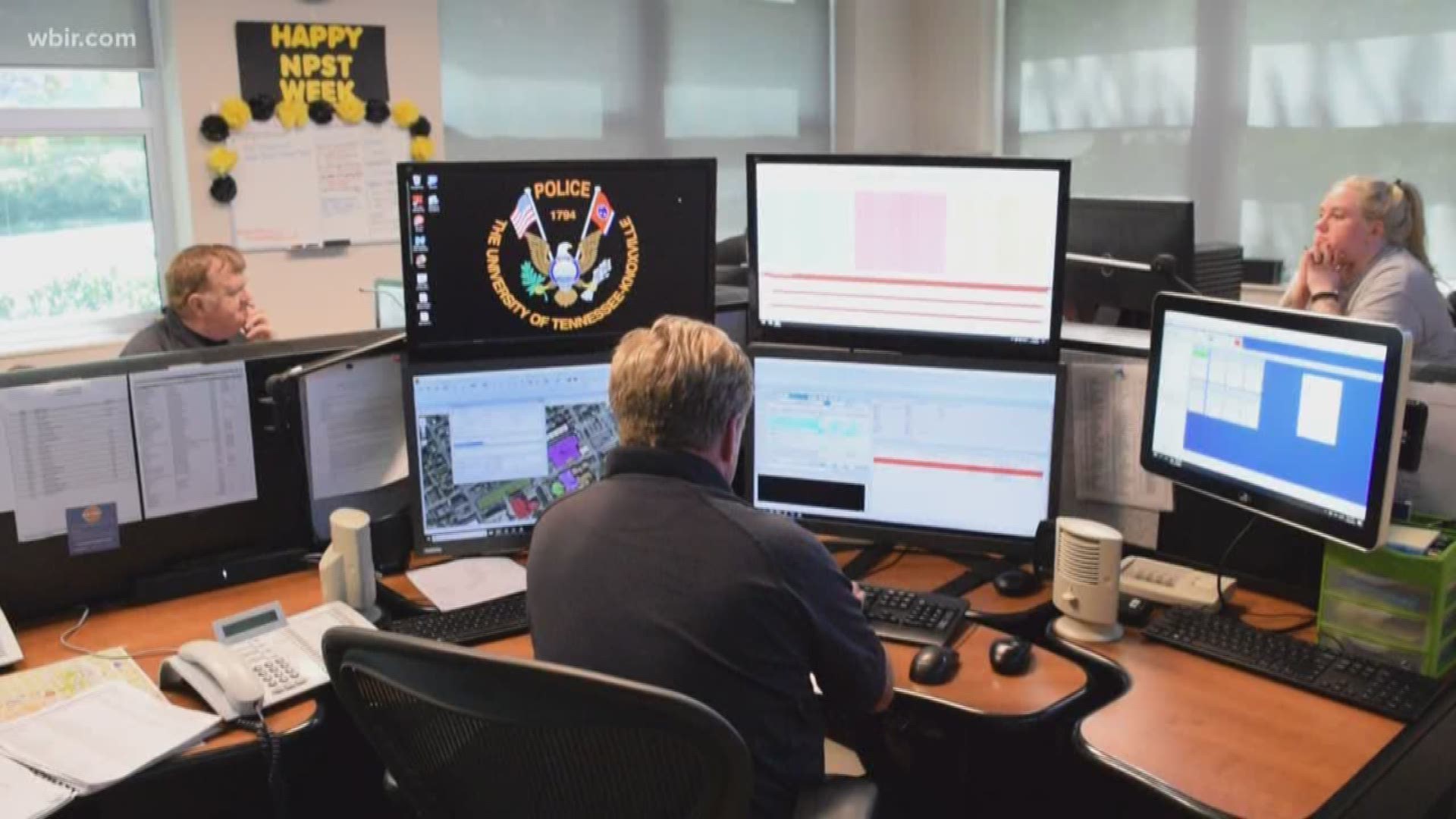 KNOXVILLE, Tenn. — It's National Public Safety Telecommunicators Week, and University of Tennessee dispatchers are highlighting some of their most memorable calls.

At UTPD, calls are taking 24 hours a day in the dispatch center. It's a career that's far from the spotlight, but essential to keeping people safe

"Us being on top of our job could mean somebodies life," the Communications Coordinator,  Anastasia Morrisey, said.

After 11 years of answering calls, Anastasia Morrisey has done just that.

"I've actually taken a call where someone was on the edge of a parking garage wanting to commit suicide. I was able to keep them calm and keep them on the phone at the same time send officers and the officers were able to get there and safely get them down while I kept them on the phone," Morrisey said.

While the job is very serious, it's not always that intense.

"They get some drunk callers who call and say some pretty outrageous things," Morrisey said.

Living in Tennessee, it's no surprise that animals are all around us. Sometimes that means on campus as well.

"We get several crazy calls with animals like deer and geese running around on Neyland Drive. We've also heard about cows getting out, bats in buildings and raccoons under trash cans. We had a bear running around The Fort one time," she said.

The second best call that's come through their phones took one dispatcher by surprise.

"The kid was intoxicated when he placed the phone call and then he proposed. The dispatcher said no," Morrisey said.

Out of the the 8,765 calls that came in just the last year, a call about UT's Body Farm tops them all.

"We've had someone say they donated a body and they wanted it back. They changed their mind so they wanted us to get it for them. They weren't happy that we couldn't help them, but we were able to give them correct information and they were happy with that," she said.

Morrisey said it's a job that can be stressful at times, but it's also very rewarding if you can help people in distress.