It was the first Sunday service held at the church since the sermon videos were discovered on the church's Facebook page. 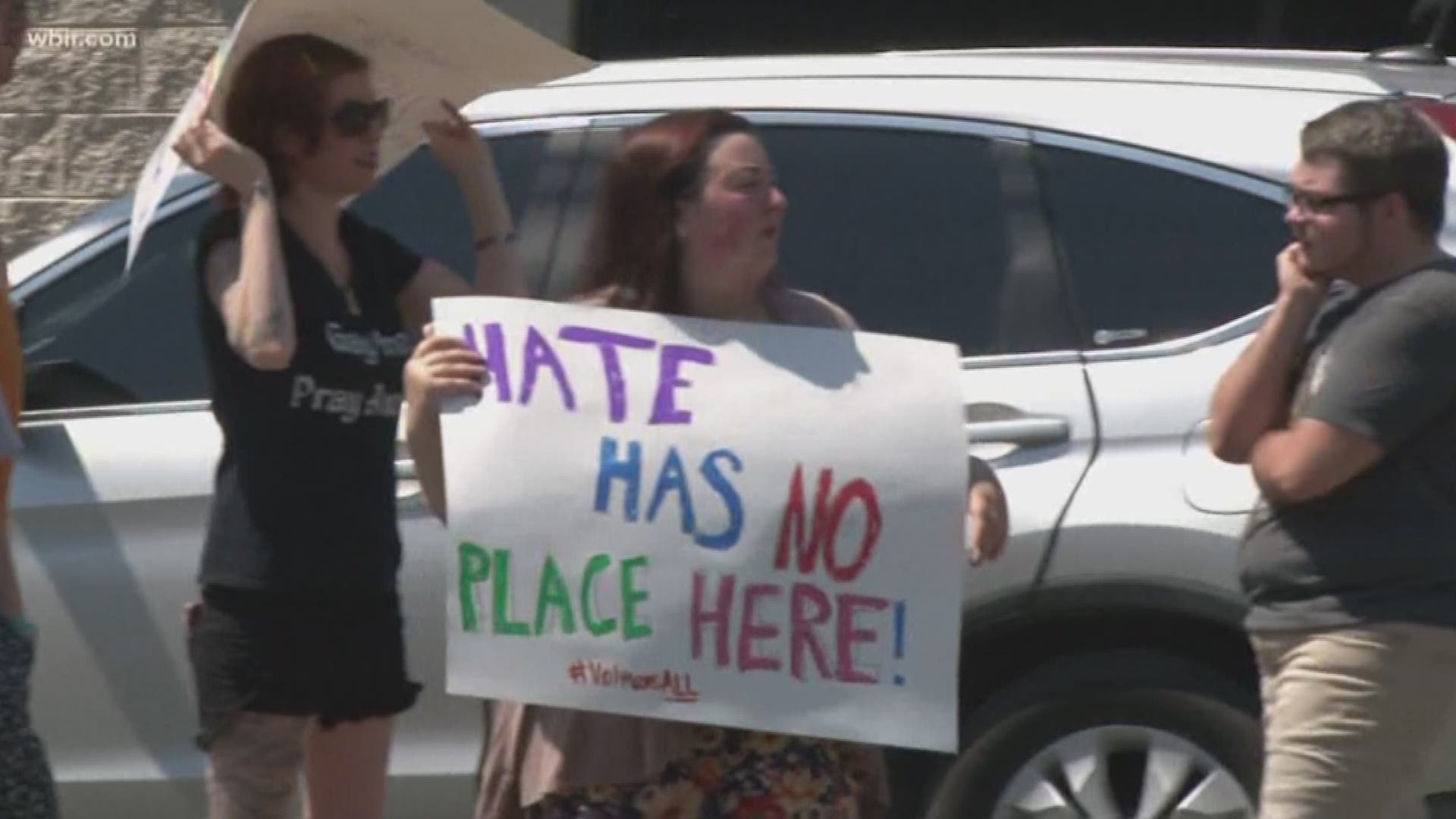 KNOXVILLE, Tenn — A small group of protesters gathered outside of All Scriptures Baptist Church on Sunday after the pastor said in a sermon that gay people should be executed by the government.

The Knox County detective and Baptist pastor Grayson Fritts delivered a sermon earlier this month where he said gay people are worthy of death.

Protesters showed their support for the LGBT community while churchgoers were in inside.

It was the first Sunday service held at the church since the videos were discovered on the church's Facebook page.

Protesters said it was important for them to show they believe what Fritts said is unacceptable.

More protests are planned for next Sunday.

RELATED: 'I was in disbelief': Crime victim's gay son says detective's hateful sermon hurt him, made him angry

Knox County Sheriff Tom Spangler said in a statement that Fritts is no longer on active duty and requested a voluntary reduction buy out two weeks ago.