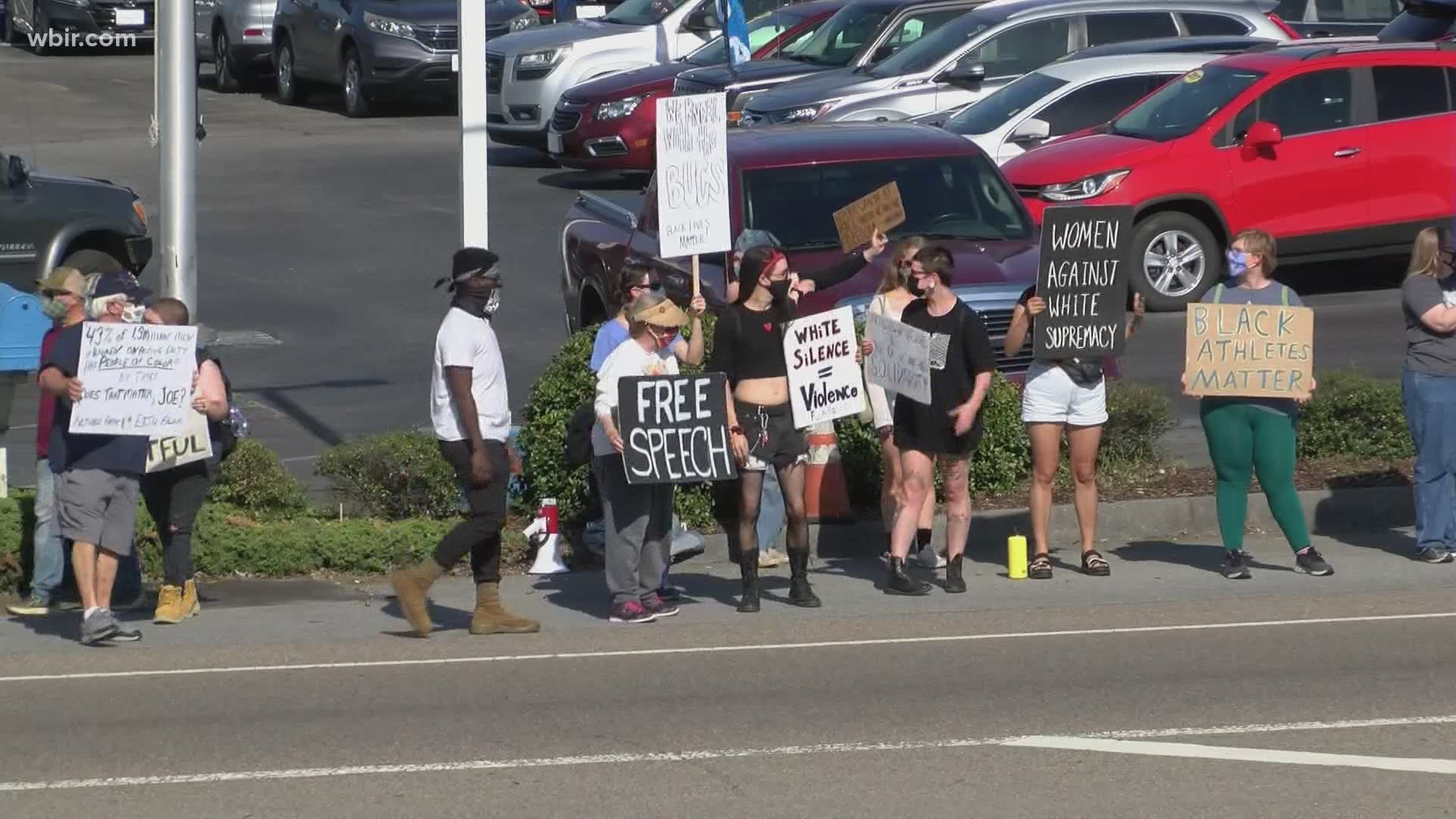 Several protesters and counter-protesters were outside Johnson City Honda on Roan Street. Protesters were voicing their views about the dealerships' decision to reclaim a car that was given to Shay as part of his contract.

Johnson City Honda offers vehicles to ETSU coaches through a loan program. The dealership owner, Joe Trujillo, said he reclaimed vehicles from Coach Shay and his assistant coaches after their show of support of players kneeling during the national anthem.

The official Honda Twitter account said that the actions are contrary to their beliefs, and they shared the story with "appropriate parties for further action."

Trujillo retrieved the cars a few days after a picture surfaced online of players kneeling at a game against Chattanooga in February. He is on the ETSU foundation board but says Johnson City Honda wasn't involved in Shay's resignation.

Shay resigned from his position March 30.

ETSU hired Desmond Oliver to replace him less than a week later on April 5.

Supporters of @jshay5 and counter protesters have gathered outside Johnson City Honda. This demonstration is in response to the dealership owner reclaiming Jason Shay’s loaned car after he supported his players kneeling during the national anthem. pic.twitter.com/H41wQeq83B

This story was originally reported by WCYB.