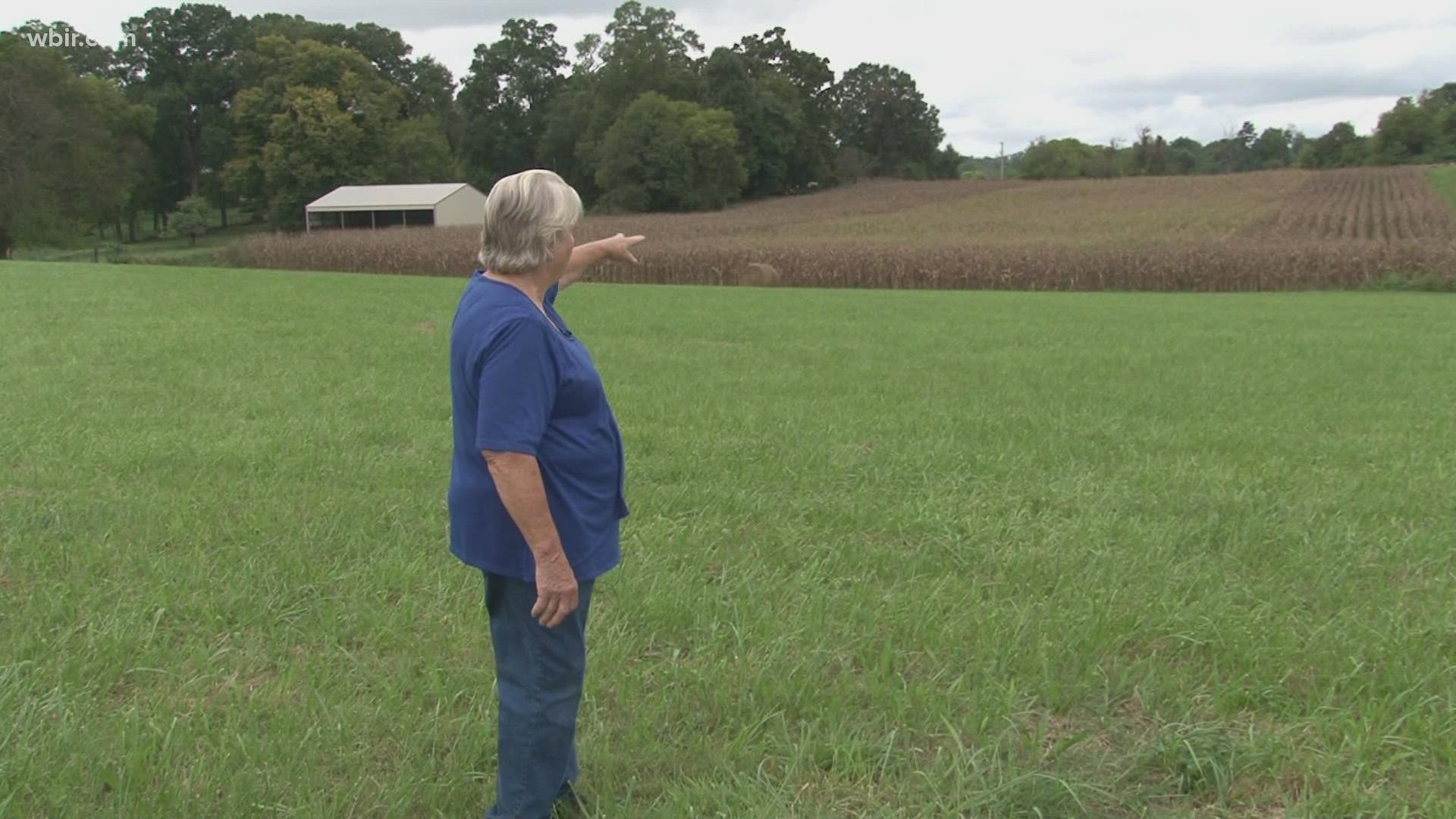 KNOXVILLE, Tenn. — The Tennessee Department of Transportation will meet with the public Sept. 21 to present information and get feedback about ongoing plans to extend the Pellissippi Parkway deeper into Alcoa and Maryville.

The meeting will be 5-7 p.m. at Heritage High School, 3741 Lamar Alexander Parkway. The gathering will be videotaped and available for viewing for those with concerns about being present because of COVID-19 concerns.

TDOT, which has finished an environmental review of the project impact, is in the design phase of extending the four-lane highway about 4.4 miles from Old Knoxville Highway to Lamar Alexander Highway.

The proposed extension would run through Susan Keller's farm. The full-time farmer said the highway would take 23 to 24 acres of her land.

"We can get fertilizer, we can get seed, we can get all the things we need to make a crop," said Keller. "But if we don't have land, you can't have a crop."

Keller is a member of the Citizens Against Pellissippi Parkway Extension (CAPPE). CAPPE cited a TDOT study that said the extension would not "substantially improve" traffic on existing city roads.

"Traffic studies done by educated traffic engineers said congestion will not be improved by the Pellissippi Parkway extension," said Nina Gregg, a CAPPE board member. "It's an incredibly wasteful and destructive project."

TDOT said the extension would save about 10 minutes for people travelling from the north or the west, so they don't have to drive through Maryville or Alcoa.

"I believe it would be extremely short-sighted not to complete this project," said the Maryville City Manager Greg McClain in a statement to 10News. "We have an obligation to plan for future needs while we manage the present constraints."

"The extension will have a significant impact on reducing traffic congestion now and for decades to come," McClain added. "We are sympathetic to those who believe this not to be a positive move, but with an eye on the future of the community and constraints on current roadways, we believe it is a necessary project." 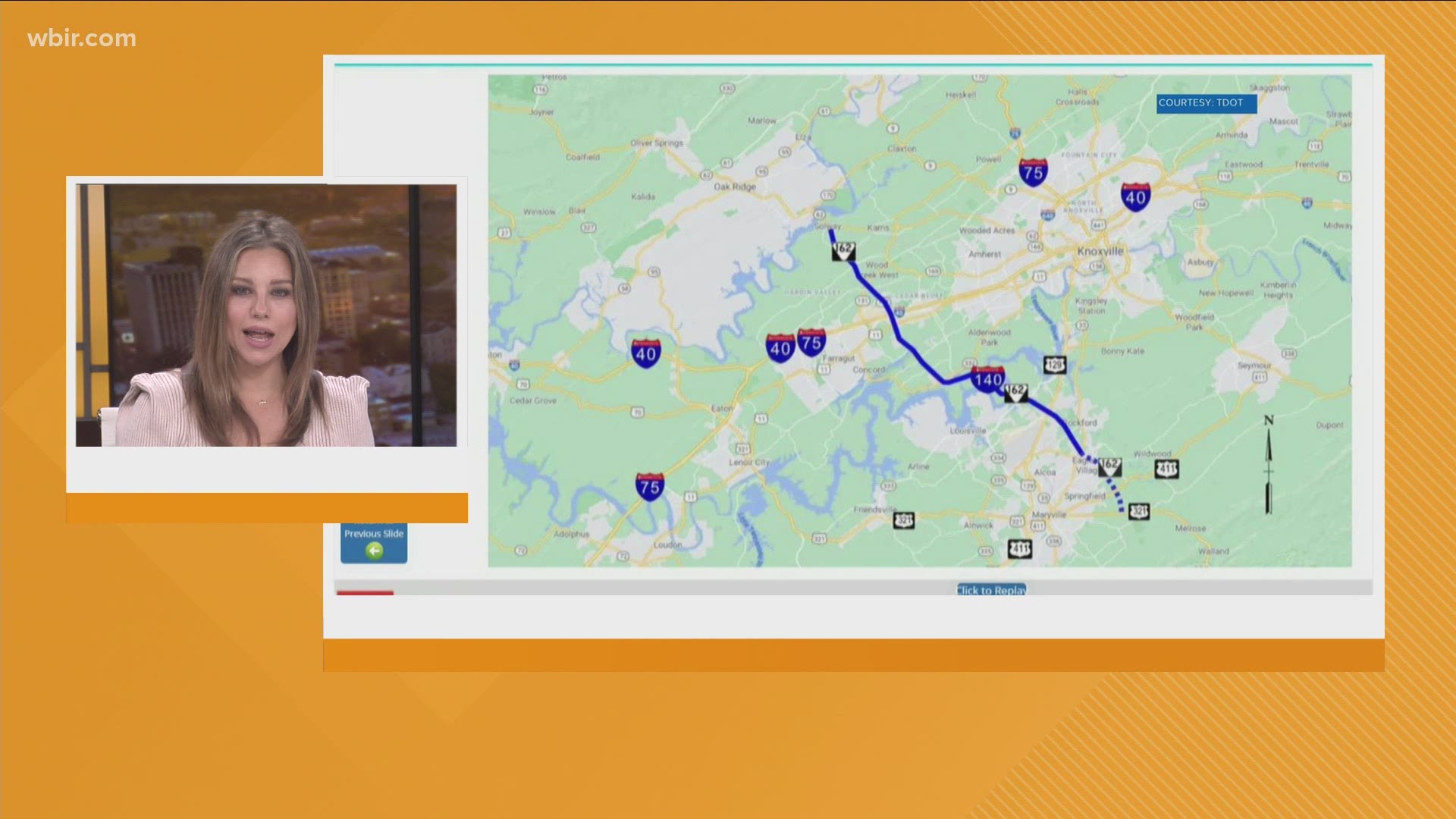 Property owners will be able get updated information and offer comment.

After information is presented, there'll be a "short" question and answer session.

TDOT hopes most of the event will be spent for one-on-one meetings with people with concerns or who may be affected by creation of the four-lane divided roadway.

Currently the road stubs out at Old Knoxville Highway near Clayton Homes headquarters.

"TDOT asks that questions and comments raised during the group Q&A be limited to the general design of the project and that questions or comments regarding a single property be reserved for the one-on-one conversations while reviewing project displays," according to an announcement Wednesday.

It's a significant project that will require right-of-way acquisition from property owners in the current path of the planned extension.

In April, TDOT held a virtual meeting to give the public a chance to learn more about the work.

A court reporter will record public comments. You can also leave written comments at the meeting.

You also can submit written comments and exhibits through this address:

If you have questions about the meeting, you can contact Stacy Weaver, Civil Engineering Manager 1, Project Development, Region 1, through this email: Stacy.Weaver@tn.gov.