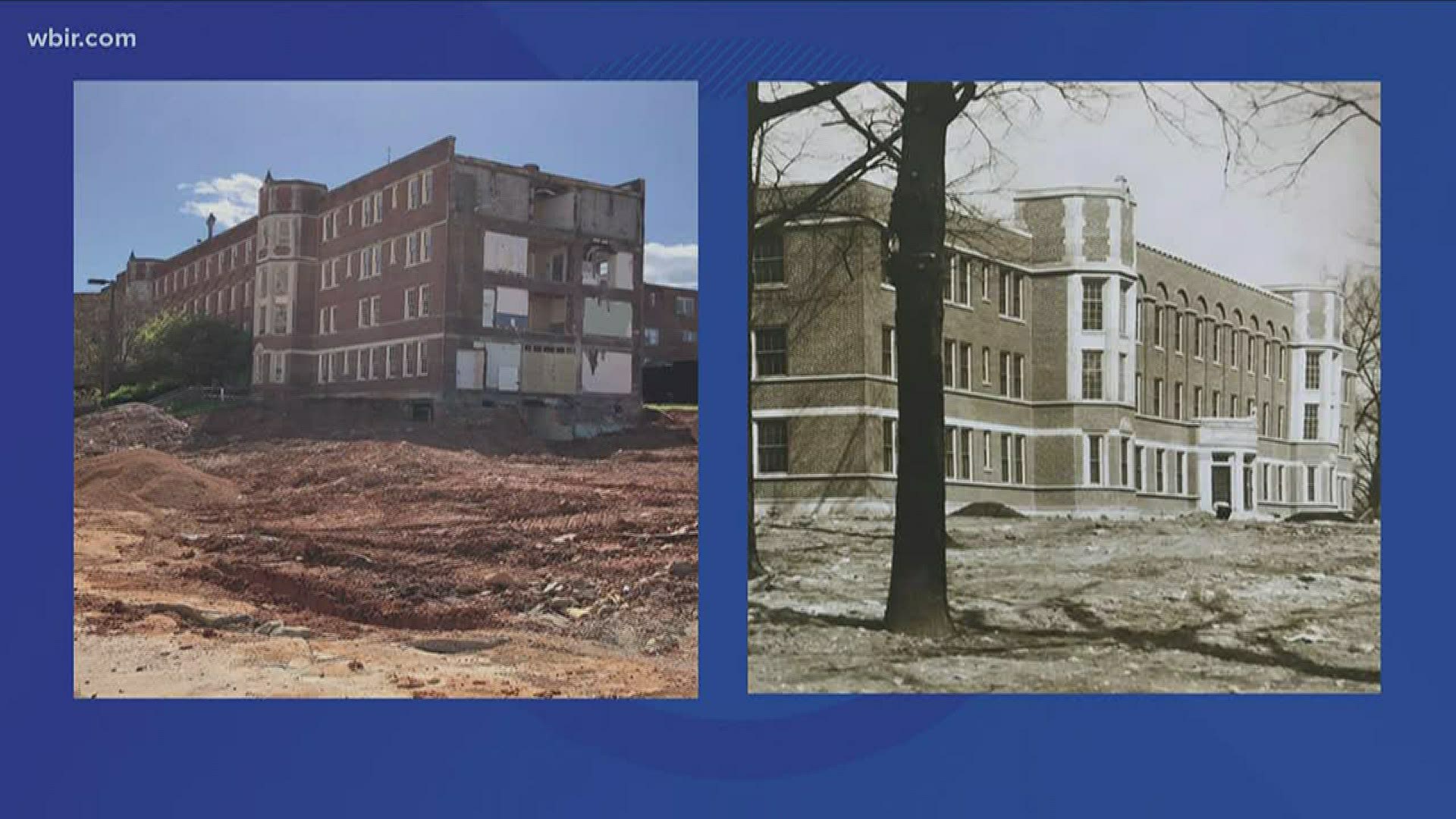 KNOXVILLE, Tenn. — There is a lot more open space at the Old St. Mary's Hospital campus in North Knoxville as work continues to finish the new Public Safety Complex by 2022.

On Thursday, the city of Knoxville said several defunct hospital wings that were added to the original hospital over the years have been demolished, bringing back the original look and feel of the campus.

Crews are currently working to demolish the west wing.

"Until recent weeks, the vacated St. Mary's Hospital campus in North Knoxville was a dense maze of red brick add-on buildings - some outdated and without a practical reuse, others awaiting some TLC and a second life," the city said.

To figure out the configuration of the original hospital, construction workers are exposing the original foundations of the 1929 building.

Lincoln Memorial University is converting the Magdalen Clarke Tower into classrooms, according to officials. The Professional Office Building, the Central Wing Annex and the Women's Pavilion are being repurposed into the Public Safety Complex.