No rain, no problem for bears' fall food in Smokies

Two months of drought in East Tennessee have not hampered an acorn crop that makes hungry bears fat and happy in the Great Smoky Mountains. 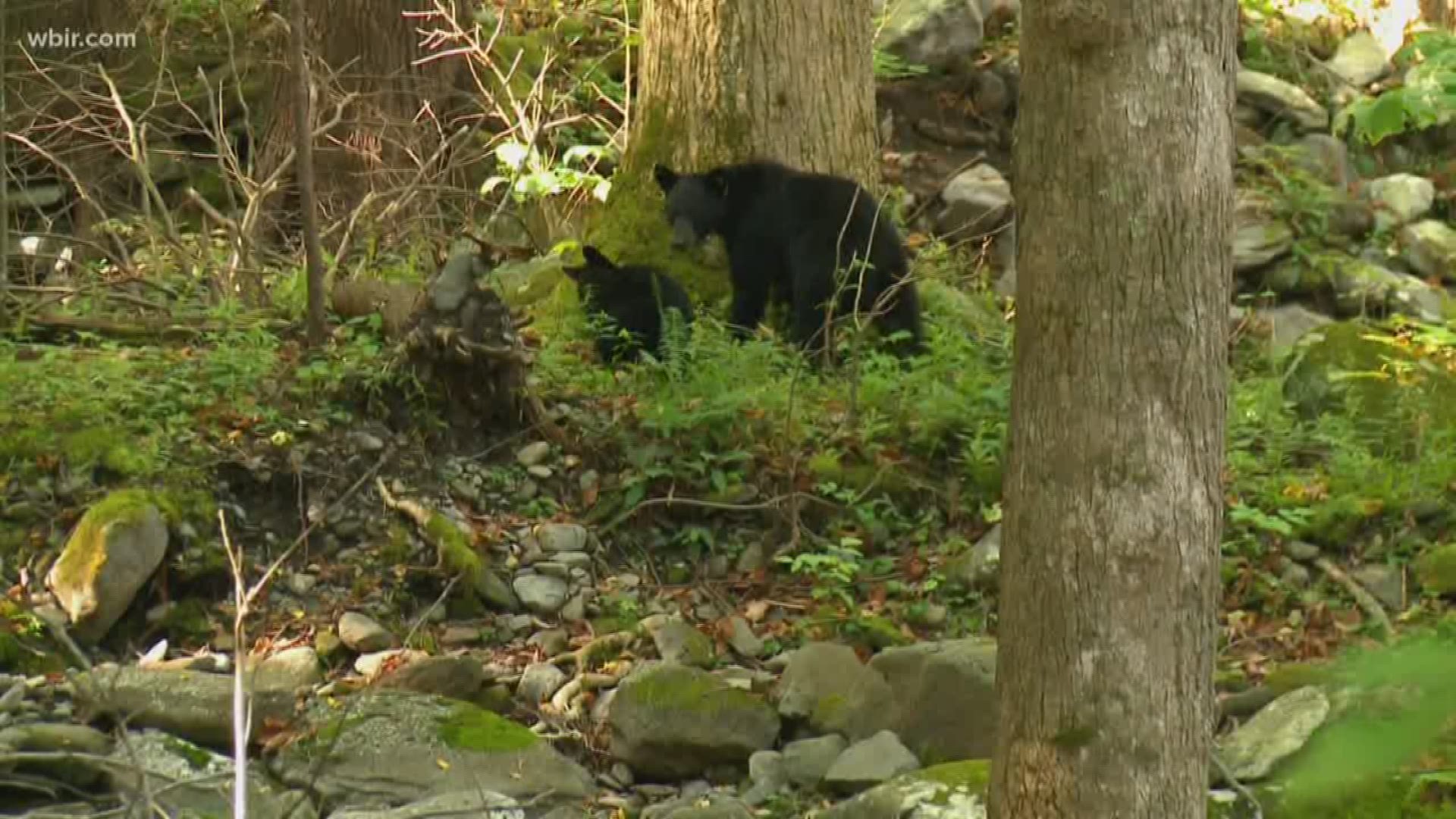 GATLINBURG, Tenn. — The fall crop that feeds bears in the Great Smoky Mountains National Park is unfazed by a persistent two-month drought in East Tennessee.

Trees in the Smokies are producing an abundance of acorns, a vital fall mast that keeps bears fat and happy.

"We have a lot of white oak acorns, as well as red oak acorns. So, it's going to be a good food year," said Bill Stiver, GSMNP supervisory wildlife biologist.

October is when bears are preoccupied with the food on the ground that allows them to pack on the pounds before winter. This time of year, Stiver said the animals are gaining three to five pounds per day.

The plentiful supply of acorns means biologists also expect a rise in the bear population.

The acorn crop is largely determined in the spring and summer, long before the drought that has plagued East Tennessee since mid-August. The spring of 2019 was one of the rainiest on record.

A bountiful crop of acorns reduces run-ins between humans and hungry bears that resort to roaming neighborhoods in search of food.

"We don't see nearly as many conflicts during the month of October because of fall food.  If we were to have a mast failure or food failure, we would see a spike in conflicts again this month. And we're not seeing that," said Stiver.

A GPS study that tracked bears in the Great Smoky Mountains proved nearly all bears go outside the national park for food at different times of year.

With a predicted increase in the population, it is important for people and businesses to bear-proof trash containers and remove attractants from yards.