Records: County corrections officer who crashed van had been drinking, showed up to work on night he wasn't scheduled

Bradford Lyon, 24, noted during an investigative interview the following day that drivers should be warned about road conditions near where he wrecked. 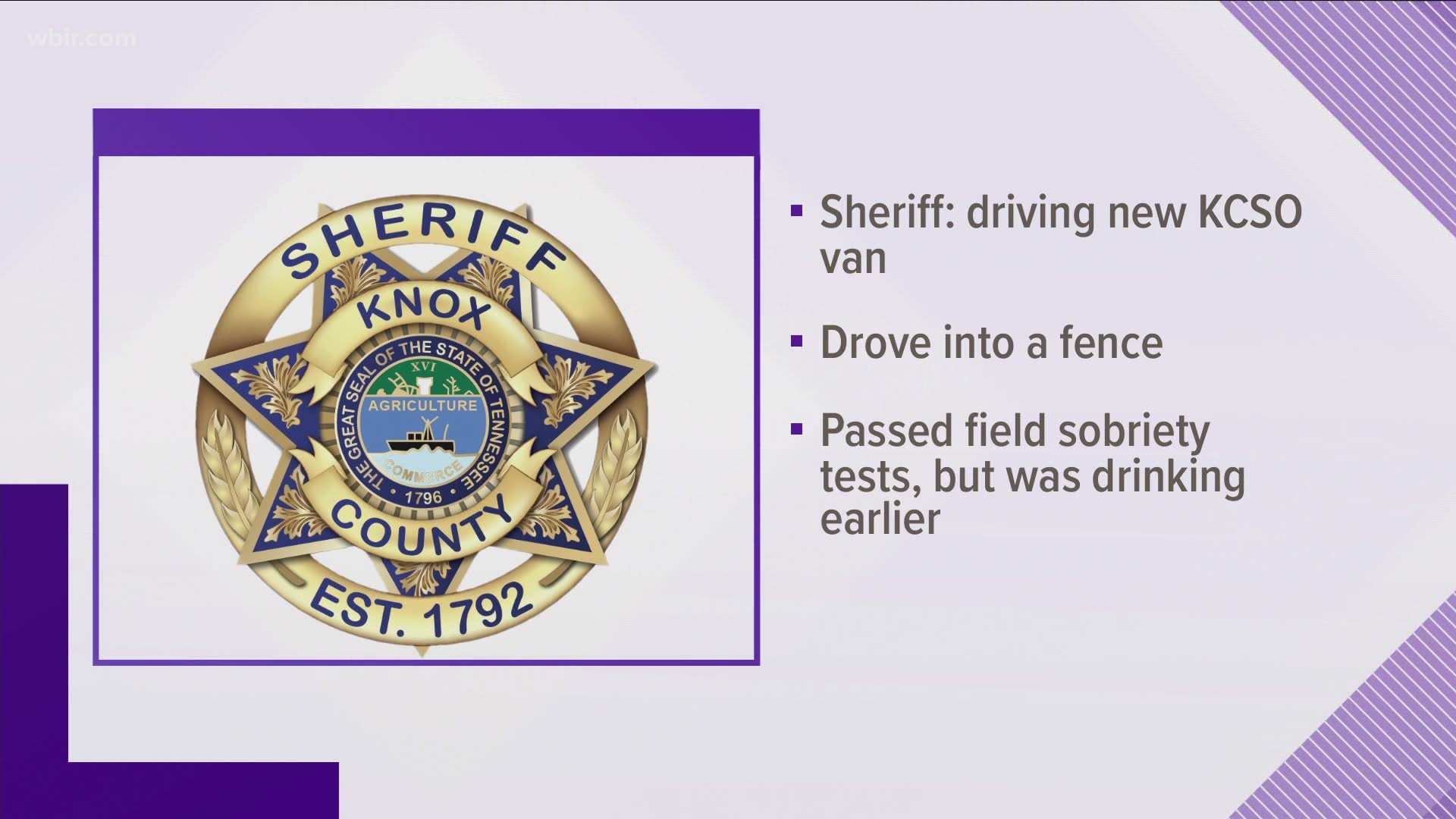 KNOXVILLE, Tennessee — A now former Knox County corrections officer drove a brand-new inmate transport van early Sunday off detention center grounds on a night he wasn't supposed to be working -- hours after drinking at a party -- and then crashed into a fence, records show.

Bradford Lyon, 24, noted during an investigative interview the following day that drivers should be warned about road conditions near where he wrecked on Maloneyville Road, a report states.

"Officer Lyon said that they really needed to put up signs to let people know that there was a sharp curve there," the report states.

An effort to reach Lyon was unsuccessful.

KCSO conducted an internal review after the van crash. WBIR obtained the records.

About 1 a.m. Sunday, the transportation officer drove in his car up to the Roger D. Wilson Detention Facility in Northeast Knox County where he worked. He wasn't scheduled for duty that morning.

Wearing shorts and a T-shirt, he left his Honda at the facility and got into a new transport van, often called a paddy wagon used to shuttle inmates, as an officer observed him. Surveillance video also showed him leaving the grounds and coming back.

While driving down Maloneyville, he went off the road and crashed into a fence. He wasn't hurt.

Rather then go back to the facility, Lyon drove on to his apartment complex, where he proceeded to change into his work uniform. By that point, KCSO personnel had figured out he'd driven off in the van.

Records state KCSO Transportation Capt. Jeff Smith then called him at home and told him he was supposed to be off -- and why had he taken the van?

The officer then returned to the detention facility.

When he arrived back, in his civilian clothes, personnel noted he had bloodshot eyes. Lt. Charles Miller thought he was unsteady on his feet, a memo states.

Authorities saw that the new van had damage to the front and passenger side. Spangler told 10News damage appeared to amount to several thousand dollars.

Patrol units and supervisors were summoned to look into the crash.

An officer administered a field sobriety test to Lyon about 3:30 a.m. at the scene.

According to a memo from Capt. Smith, "While the officer was conducting the sobriety test I spoke to Chief Workman and he informed me that if Officer Lyon passed the sobriety test they would not be charging him with DUI."

"At the conclusion of the test the patrol officer, Sgt. Underwood and Capt. Williams informed me that Officer Lyon would not be arrested for DUI and that he would need a ride home."

Smith drove him home. He noticed the panel with the keypad for the security gate at the apartment complex was lying on the ground.

"I asked Officer Lyon if he had ran into it and he informed me that he had not," Smith's memo states.

Smith took his weapon, badge and radio. Lyon was put on administrative leave. The department conducted an internal review.

Spangler terminated him the next day.

As part of the internal review, Lyon was interviewed. During the approximately 11-minute conversation, he said he'd been to a birthday party on Saturday night. He consumed Jello shots with vodka, whiskey shots and "a couple of beers," according to a department complaint form.