Mayor Madeline Rogero announced April 27 the city would pursue deals to accommodate a science center on Hill Avenue and build a new police and fire headquarters at the Knoxville College campus. 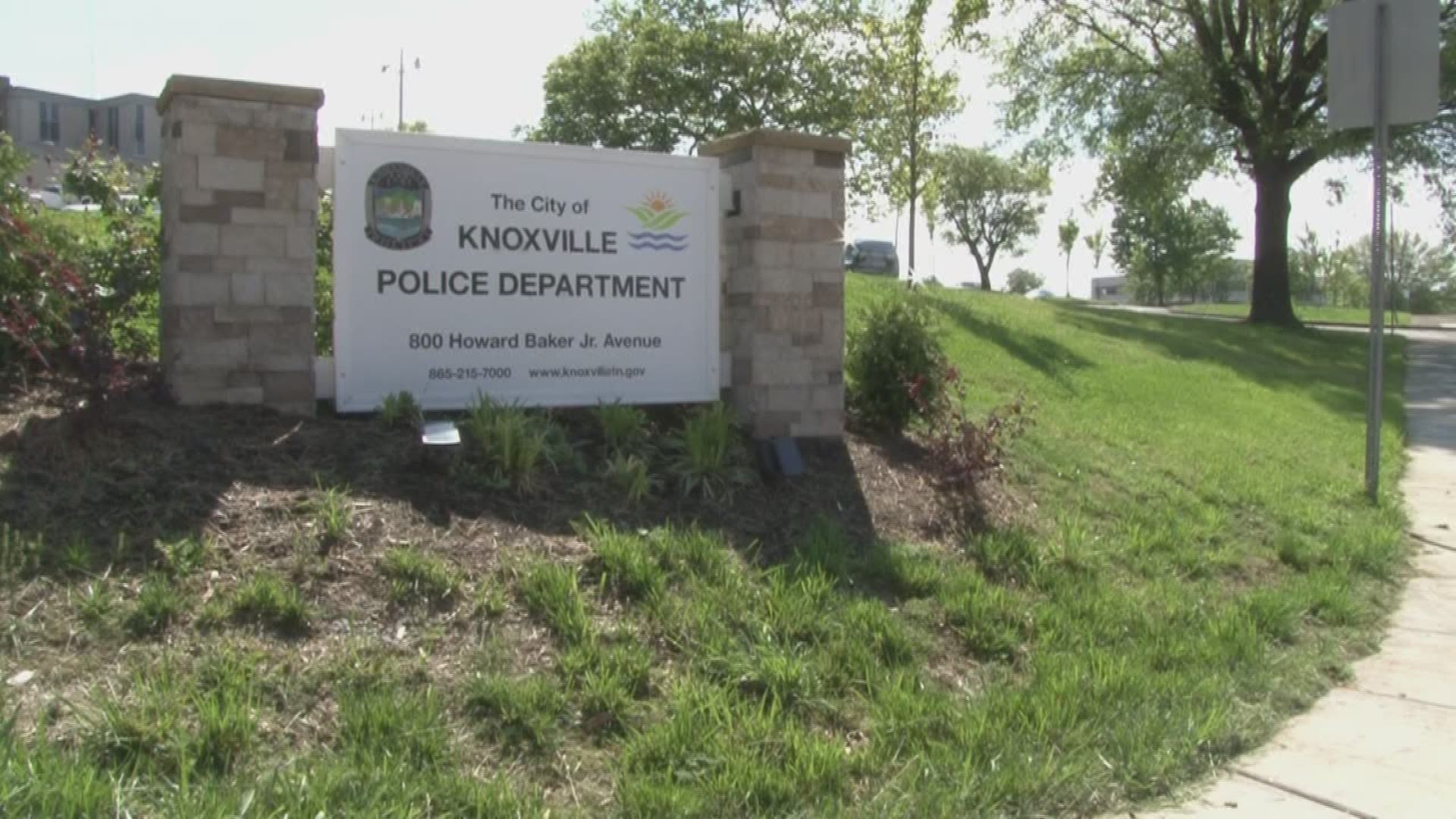 Knoxville — Philanthropist and businessman Jim Clayton wants to move quickly to build his dream science museum downtown, and city officials are eager to accommodate him.

The city is operating under the assumption the center would be up in two to three years. But first, the late 60s-era Knoxville Police Department headquarters on Hill Avenue will have to be torn down to make way for the center.

That's a process that also right now involves Knoxville College as part of an ambitious vision to aid the college, find a new office home for KPD and the Knoxville Fire Department and to also accommodate Clayton's vision.

Knoxville Mayor Madeline Rogero announced at her State of the City address April 27 that the city, Clayton and his family were working together on a $150 million science project that Clayton and his foundation will fund.

Clayton told 10News then he sees the center as a place were people from across East Tennessee can come, a place that could draw 2 million visitors a year.

The city wants to find a new home for police and fire because police quarters now are aging and outdated and KFD operates in leased space on Hill Avenue.

In addition, officials with struggling Knoxville College came to the city last year hoping for help.

Specifically, they want to pursue an agreement whereby the city would acquire some property for the public safety center while also clearing the way for the city to tear down some of the college's biggest eyesores and needy properties that aren't of a historic nature. That includes dorms such as the 8- to 10-story Martin Luther King Jr. Towers.

Separate memos of understanding, acquired by 10News, have been signed by all the parties. They are not contracts but do establish a way each side can proceed with a partnership.

"This next six to eight weeks will be really important to us as we work with Jim and the foundation and his family to meet their expectations and also our expectations," said David Brace, the city's chief operating officer.

Knoxville City Council also will have to approve any deal, which calls for the city to hand over the old KPD site to Clayton while also seeking to relocate on part of the Knoxville College campus in Mechanicsville.

It's also possible KPD might have to occupy temporary space while its new headquarters is built.

Brace said Clayton already has addressed many preliminary details. But specific plans still must be worked out, including the science center design and the city's role with that.

Knoxville College was founded in 1875. It was the first African-American university in East Tennessee and hosted many famous civil rights leaders like W.E.B DuBois, Booker T. Washington, and Martin Luther King Jr.

While KPD's building will have to be demolished, there's no firm timetable yet, Brace said.

That's where the historically black college plays a part -- and it's not simple.

Land will have to be transferred to the city, and the city will have to buy some parcels from the college, which lost its accreditation some 10 years ago and effectively shut down a couple years ago. Most if not all of the campus has been deemed uninhabitable because of maintenance needs and dereliction.

The college has no money and a lot of debts and encumbrances --- more than $6 million, according to records. As part of the MOU action plan, it agreed to try to negotiate with its largest lien holder, Foundation Capital Resources Inc. in Springfield, Mo. College officials hope to get rid of that debt or at least renegotiate payment terms, the MOU states.

The city could end up spending $5 million to tear down buildings and install new utilities. That would benefit the new city building as well as Knoxville College, Brace said. The MOU calls for the city to finish "preliminary redevelopment planning" for the blighted campus.

Knoxville could bring in other partners to help take part in campus redevelopment.

"The city and college expect to work collaboratively on initiating a dialogue with the community on any collaborative redevelopment plans to receive public feedback and information to guide the project should such a plan move forward," the MOU states.

Brace said it's worth the city exploring how it can work with Knoxville College.

"There are challenges, but I think we're optimistic and we're excited to work with Knoxville College," he said.

The projects will continue beyond Rogero's time in office, which ends next year.

Interim college President Keith Lindsey told 10News the college board sees its partnership with the city as beneficial to both sides.

It will certainly help the college get back on its feet, he said.

After being dormant for a couple years, Knoxville College, which opened in 1875, hopes to start offering online classes, Lindsey said.

State lawmakers say the state is recommending that the college be cleared to resume offering academic programs. That must be approved by the state Higher Education Commission, set to consider it May 17.