A bill headed to Gov. Bill Haslam's desk targets young people in the fight against opioid abuse. A bill that creates recovery high schools passed both the House and Senate. 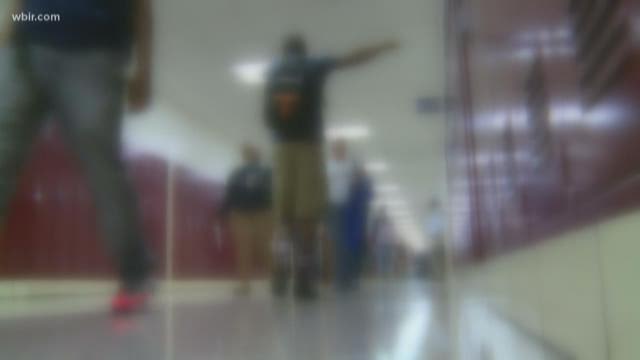 A bill that would establish recovery high schools in each major region of Tennessee now heads to Gov. Bill Haslam's desk for his signature.

The bill is authored by state Rep. Eddie Smith, R-Knoxville, and passed both the House and Senate unanimously.

According to the bill, a recovery high school is a public school that provides treatment programs for students suffering substance abuse, mental health issues or both.

Smith said he's worked on the bill for a year, and he knows there's a lot more to do next, including talking to school districts.

"What's our next steps of getting one set up in Knox County, because I believe Knox County can kind of help set the model for the rest of the state in the recovery high school realm," Smith said.

"So I think everybody realizes we have a serious problem, and it's going to take all of us working together to solve it," Smith said.

According to the Tennessee Department of Health, there have been 1,186 opioid overdose deaths in 2016, and four kids under 18 died from opioid overdoses that year.

Mental health experts say they look forward to the bill's potential. They say it's important that students get treatment in an environment they're used to and also get an education.

"We know [it] can not only help them engage in the treatment services they need, but also maintain in those services, and we know those two things do impact recovery going forward," said Lindsay Stone, the assistant director of children and youth mental health programming with the Helen Ross McNabb Center.

She said recovery high schools offer forms of treatment that other mental health facilities may not.

"The impact or ability to increase or decrease frequency of services is much more flexible than coming to an outpatient provider," Stone said.