Bishop Richard F. Stika of the Diocese of Knoxville released a statement Saturday afternoon about a recent ICE raid at a Grainger County meat packing plant. 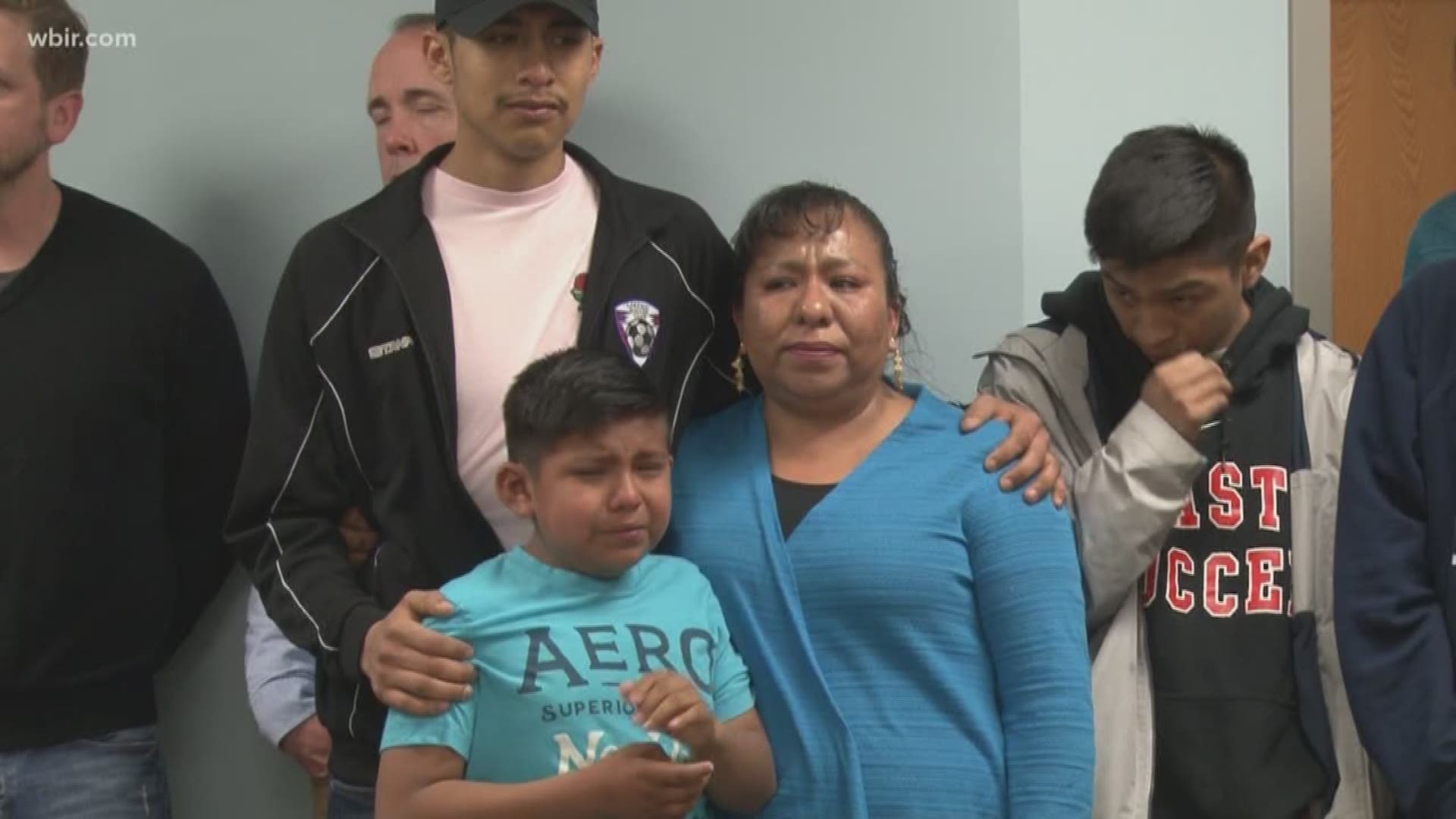 Religious leaders in Morristown met Saturday morning to condemn what they say is the unjust separation of families as a result of recent ICE raid at a Grainger County meat packing plant.

"It is at times like this where we can actually live out what it means to love our neighbor," said Pastor Alfonso Jerezano with Iglesia Bautista La Gran Comisión in Morristown.

That's what leaders from several churches in Morristown want people to take away from Thursday's ICE raid.

ICE and Homeland Security investigators encountered 97 people during the raid who were subject for removal from the U.S. 54 were put into detention, 32 were released from custody and 10 were arrested on federal criminal charges. One was arrested on state charges.

Jerezano, along with leaders from Catholic and other Christian churches, is asking people to put politics and race aside, and to think of those suffering.

"The price of our political argument, and suspicion and hatred of one another and all the ugly language used against each other, is that people like this are hurt," said Pawelk.

Members of the Hispanic community in Morristown said they feel discriminated against in their own town and don't want to be viewed differently.

"It's very hard that our community is being so attacked," said Pastor Fabiola Ortega with Center of Life Christian Church.

Many now fear for their futures in East Tennessee.

Kids like 12-year-old Alexis Morales who was born and raised in Morristown. He wants nothing more than to see his dad come home.

"All that I ask is that Morristown needs to help us and pray for everybody that doesn't have their families," said Morales. "And please unite them back together."

Bishop Richard F. Stika of the Diocese of Knoxville released a statement Saturday afternoon, thanking faith leaders in the community for volunteering to help the families involved in the raid. Here's a look at his entire statement:

“The arrests of workers and undocumented immigrants in East Tennessee this week has placed an unnecessary stress on vulnerable families that have, in many ways, become victims in a much larger story.

For many years now, I have advocated for action by government leaders to come up with laws that protect our national identity and sovereign borders and also recognize America’s undeniable role as a sanctuary for those who arrived here many years ago with no intent to do harm. I remain disappointed that no common-sense solutions have been agreed to. In the meantime, families suffer and people live in the shadows.

This week, I have been inspired by the tireless and faithful work of many volunteers who gathered to assist families at St. Patrick Catholic Church in Morristown. I am grateful for the leadership, pastoral guidance, and care provided by Father Patrick Brownell, pastor of St. Patrick Church in Morristown, and Father Steve Pawelk, pastor of St. John Paul II Catholic Mission in Grainger County.

I am thankful for Catholic Charities of East Tennessee, our diocesan Hispanic Ministry, our diocesan Justice and Peace Ministry, counselors, caregivers, and the many businesses and community organizations in Morristown and surrounding areas that provided services, food, water, personal supplies, and love to all of the men, women, and children who have been affected.

Over the past few days, I have said that our response to this incident isn’t about politics or personal agendas. It’s about being the face, hands, feet, and heart of Jesus— at all times and to all people.”

According to Stephanie Teatro, the co-director of the Tennessee Immigrant and Refugee Rights Coalition, the people detained Thursday are on their way to a regional detention facility in Louisiana where they will eventually face deportation proceedings.

If families need more information on specific individuals, it can be found on ICE's detainee locator online.