A Tennessee lawmaker says he's running for re-election despite allegations of sexual misconduct. 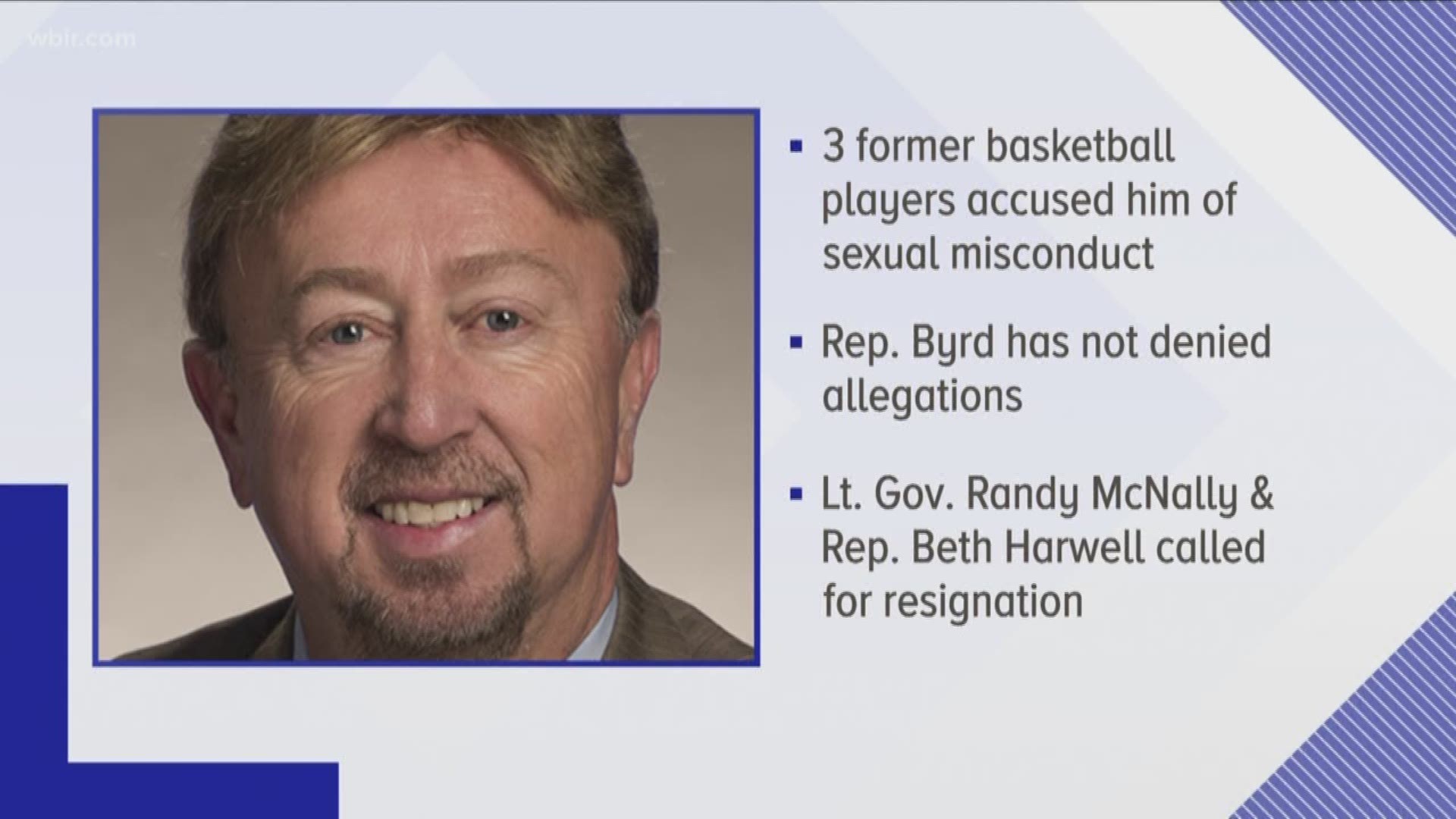 A Tennessee lawmaker says he's running for re-election despite allegations of sexual misconduct.

Three adult women have accused Byrd of sexually assaulting them when they were teenagers. The three former basketball players accuse Byrd of watching them in the high school showers when he was their coach.

Byrd has questioned the motives of the former players, but he hasn't denied the allegations.

Lieutenant Governor Randy McNally and House Speaker Beth Harwell have called for the lawmaker to step down.