Tennesseans for Quality Early Education found Knoxville loses $122 million in earnings and revenue each year due to high child care costs and lack of access. 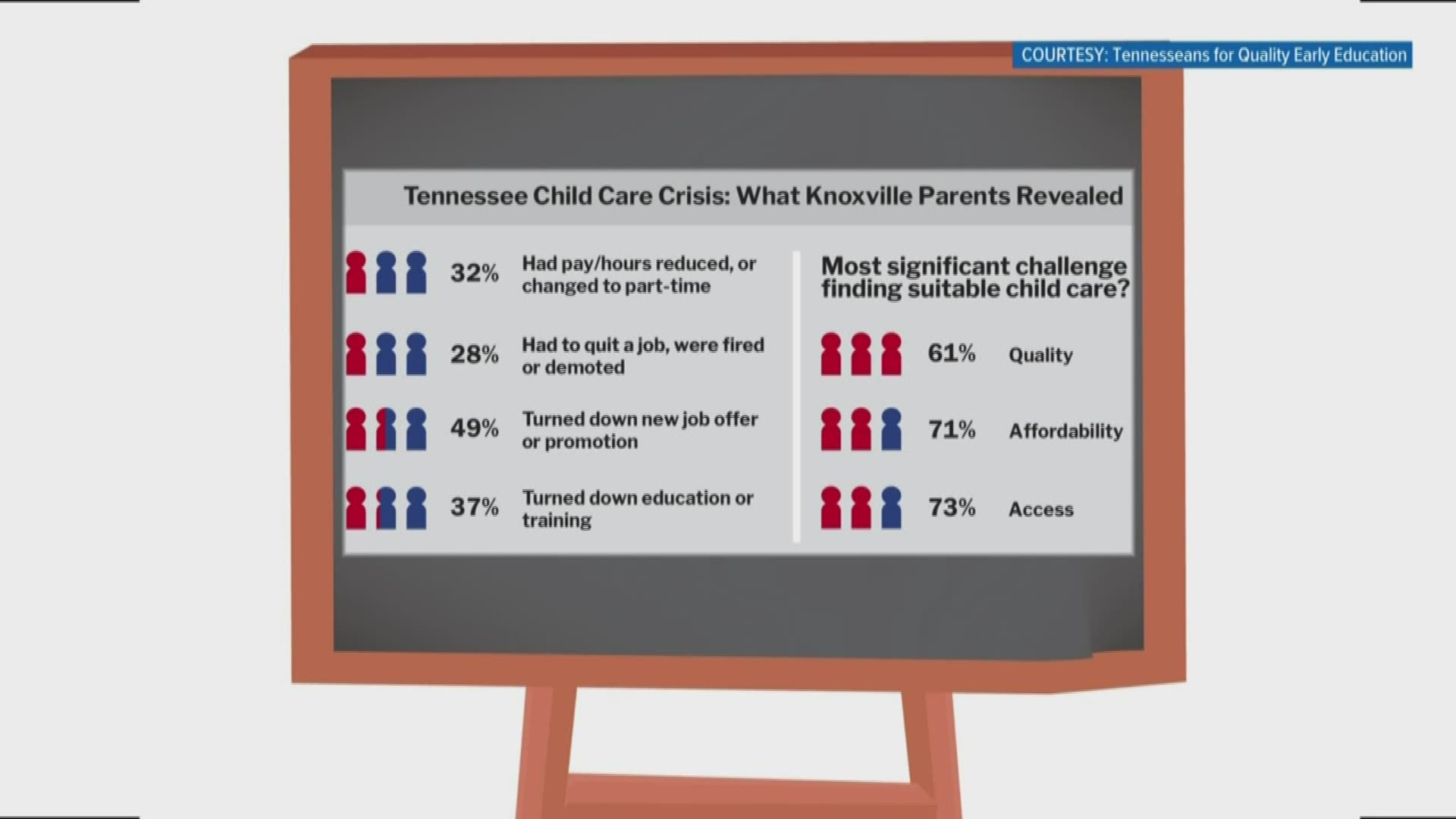 "Many of the statistics are quite jarring," board member Dave Miller said.

The organization Tennesseans for Quality Early Education took a look at the economic impact of the issue as well as the barriers, which board member Dave Miller said hits home.

"You've got significant numbers of families that are being adversely affected by access and affordability," he said.

RELATED: Parent: 'Child care is very expensive and it's a very big issue in our community'

She wants people to understand there are real people behind these numbers.

"You're trying to work or keep a job or go to school so you can get a better job," she said.

Head Start provides preschool programs for low income families nationwide. Thomas said the need is real and they serve who they can.

The report shows another hurdle families see is quality. It notes 61% of respondents said it is the biggest thing holding them back.

"You don't want to just give your children to anybody you want someone that's qualified and well trained," said Thomas.

But according to Thomas, these statistics are only part of the picture.

"Another barrier is transportation. That can be a barrier not only to getting childcare but to getting to work," she said.

While the issue has many layers, Thomas said we have to look at the bigger picture and when we can put ourselves in other people's shoes.