No injuries after large fire breaks out at Riverpark Apartments in Sevierville, authorities say

SEVIERVILLE, Tenn. — No one was injured in a large fire that broke out at the Riverpark Apartments shortly before noon Friday, city of Sevierville spokesperson Bob Stahlke said.

Fire crews were working to put out hot spots at the location, but it is officially under control, Stahlke said. Most of the damage was to the third and second floors on the east side of the building.

Everyone was evacuated from the building, according to Stahlke. Now, firefighters are mainly concerned with the heat index, making sure they're drinking plenty of water and staying cool.

Up to 12 apartments could be affected, Stahlke said.

When Melodie Kreiner saw flames shooting out of a building, she immediately jumped up to help.

"52 years old, I've never seen anything like that," Kreiner said.

She thinks she alerted at least one neighbor to the flames.

"It's just instinct I guess," Kreiner said. "I didn't even think about it. I just did it. My son's mad at me, told me I shouldn't have done that--I'd never forgive myself if someone got hurt and I didn't do anything."

Charles Key was out getting his mail when he noticed the smoke.

He pulled the fire alarm as fast as he could.

"Well it looked like about 15, 20 feet high over the apartment roof," Key said. "It was scary. I was afraid timbers or something might come over here on my apartment."

Frefighters said they won't know the cause of the fire until later in the investigation.

The Red Cross is here to help families who are displaced.

Flames and heavy smoke could be seen coming out of the top of the building in video and photos sent to 10News by viewer Brandon Jenkins.

Smoke from the fire could be seen on the Parkway and downtown Gatlinburg as well. The apartments are near Wilderness of the Smokies.

Bob Stahlke with the city of Sevierville said he did not know if that section of apartments was occupied or if it was under some sort of construction.

When fire crews arrived on the scene, the third story of the building was fully engulfed in flames. There are 12 apartments on each side of the building, with 24 total. Stahlke estimated about half of those would be affected by the fire. 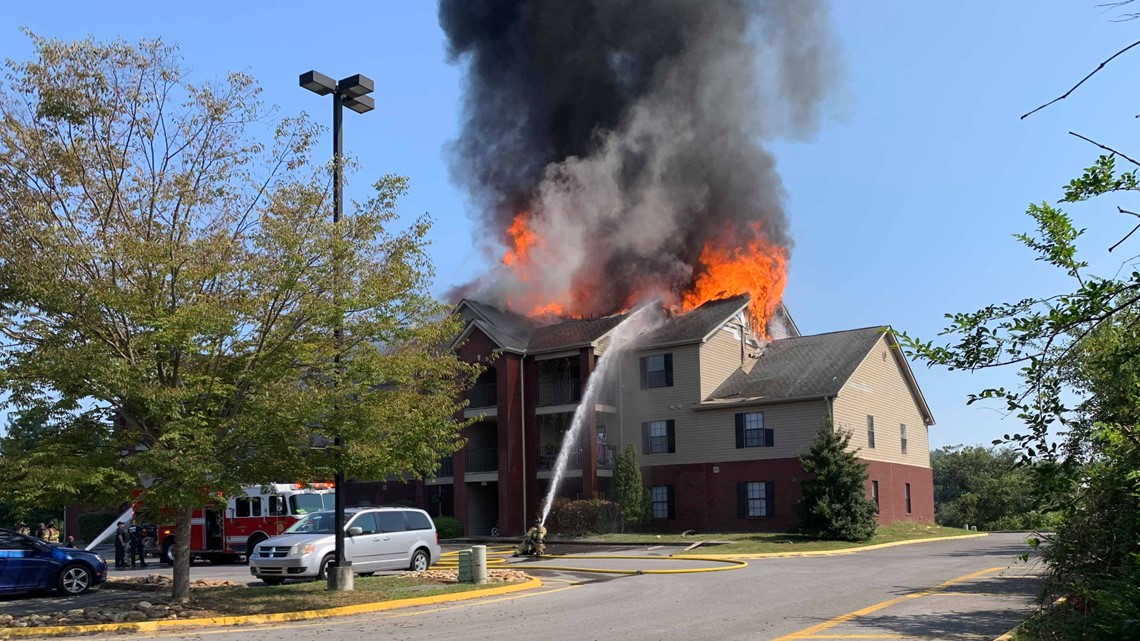