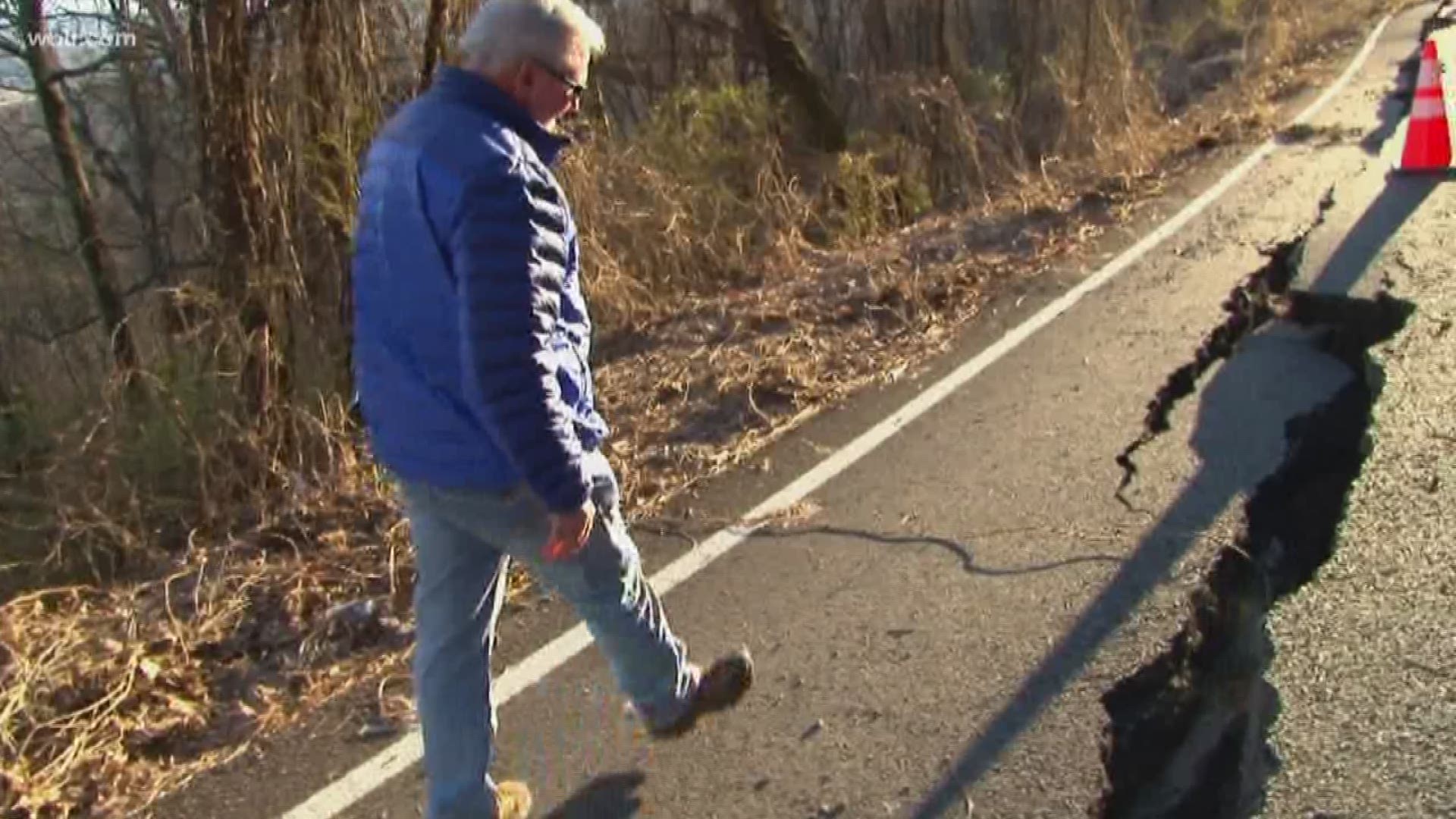 HARRIMAN, Tenn. — The water is receding, but the damage isn't done.

Millions of dollars of damage has been reported, and the numbers are still coming in.

So far, the EMA Director says it could be as much as $6 million.

That means the county is on track to fulfilling two-thirds of the state's $9 million threshold to qualify for federal assistance.

The county has worked non-stop for more than a week to assess the damage and work on a fix, but already managers know the bill will add severe strain the county budget.

"When I shut a road down, there is a problem with it," Ferguson said. "It's unsafe, or I wouldn't shut it down."

So to see them like this is not good.

"The concern is, we don't want people driving because of the potential for those rocks to fall and hit a car, or several of them," Ferguson said.

Ferguson pointed to three major roads where it's most rocky.

"It's a very main traveled road," Ferguson said, as he described the damage. "It's just...it's deep under there. It just fell all the way down."

He says he's paying his workers overtime and calling in contractors to fix it using money reserved for projects in the future.

"When you start removing dirt and rock on a mountain like that, it's going to be an expensive thing," Ferguson said.

EMA Director Tim Suiter says on top of the $4 million for roads, the county figures there's at least another $2 million in damage from the flooding.

He says when county officials took a tour of the damage Saturday, they got a chance to really understand the need for repair funds.

"I've spoken to a lot of the county commissioners about what's going on," Suiter said. "They want to know what's going on. They're concerned for their constituents."

Ferguson says it will take months to get the roads back to the way he likes to see them.

"We hope it will get better," Ferguson said. "But it will, we believe it will."

Right now there is still water moving through the fallen earth.

If that water freezes, it will expand, and that could mean yet another landslide.

That's why the county is working so hard to get the problem fixed quickly.