Middle school students got to see their satellite launched into space. 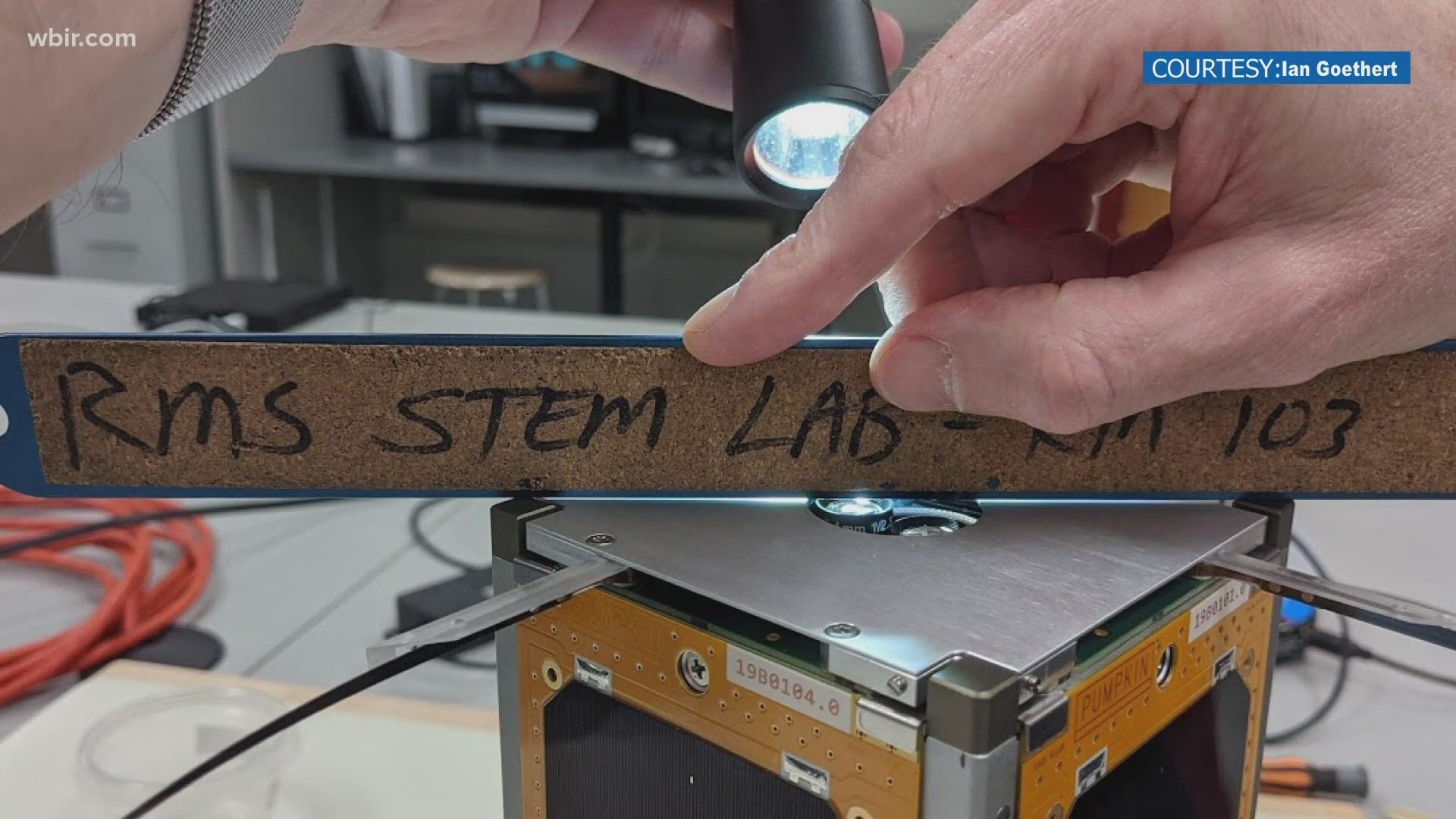 OAK RIDGE, Tenn. — After five years of work, Robertsville Middle School students got to see their satellite blast off into space.

RamSat, a nanosatellite designed and built by students, successfully launched on a SpaceX Falcon 9 rocket on Thursday. 50 middle schoolers who worked on RamSat traveled to Kennedy Space Center on Wednesday to watch the launch.

"I’m just excited to see the project come to life," said Sam Livesay, one of the first students to work on the project.

RamSat will fly to the International Space Station, where it will be released into its orbit.

Aboard the satellite are multiple small cameras that the students plan to use to study reforestation patterns after the Gatlinburg fires in 2016.

The satellite will determine its position and adjust to point at its targets, according to team mentor Peter Thornton.

Thornton is part of a team of mentors from Oak Ridge National Laboratory.

"Those cameras will take pictures and send the pictures back down to the students via radio communication," Thornton said.

"Having a real project like this really engages the students and makes it come to life for them," Borchers said.

"They’ve had a chance to see and touch and work with every part of this project," Thornton said. "That’s pretty rare, actually, that anybody has a chance to work with hardware that’s going to space."

The students were selected to be part of NASA's Educational Launch of Nanosatellites (ELaNa) initiative, created to attract students into STEM fields.

Our ELaNa 36 CubeSat, RamSat, is launching on the CRS-22 mission tomorrow. See what other exciting science will be launching and meet some of the students who worked on RamSat!