Rocky Houston, a central figure in a long and deadly conflict with law enforcement in Roane County, is no listed as in custody of the federal Bureau of Prisons. . 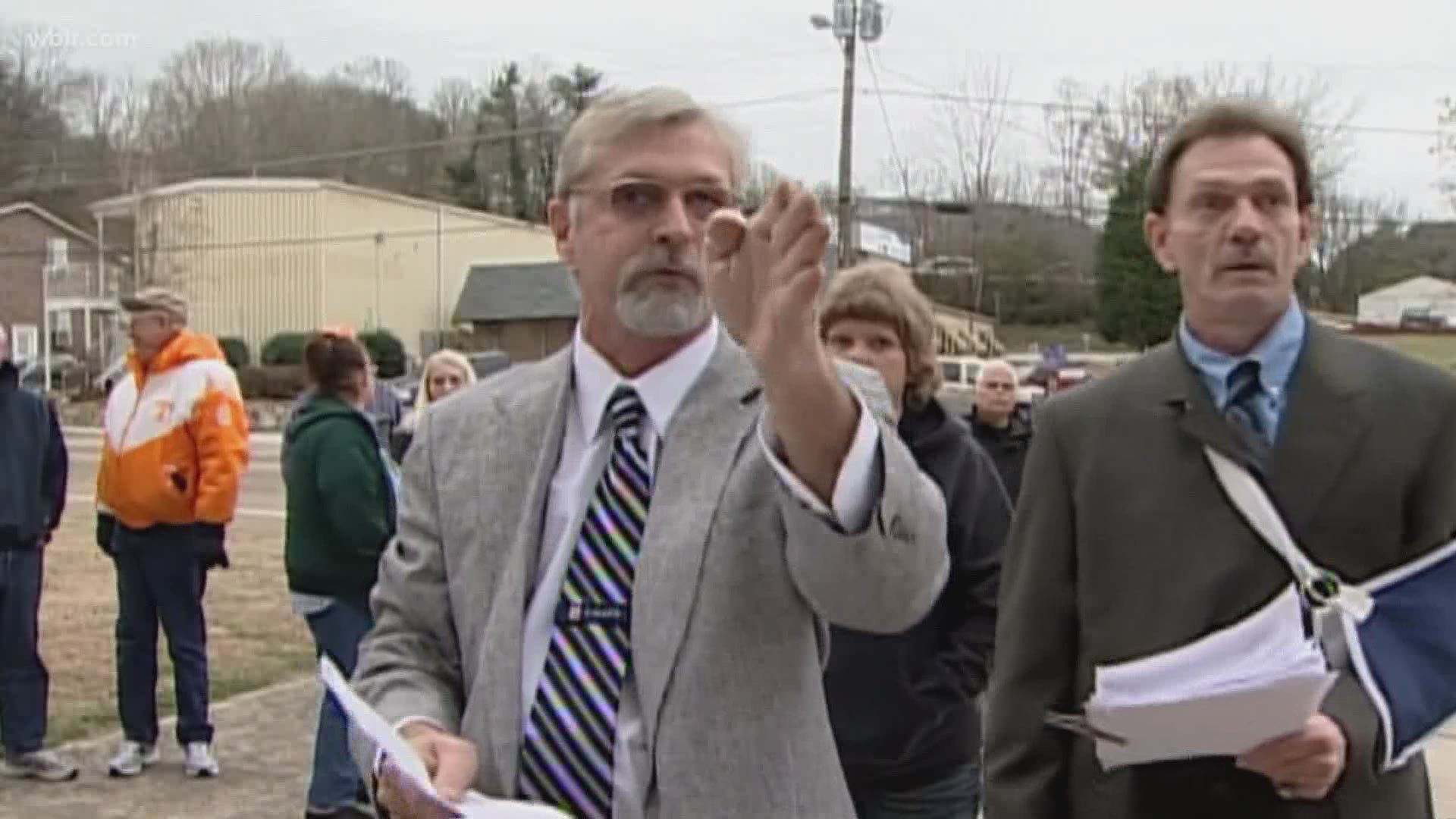 ROANE COUNTY, Tenn. — Rocky Houston, a central figure in a long and deadly conflict with law enforcement in Roane County, is no longer in custody of the Bureau of Prisons (BOP).  His scheduled release date is still listed on the BOP website as September 11, 2020.

10News confirmed Houston was held Thursday morning for a hearing in Bradley County.  An assistant district attorney confirmed he was told Houston was being transferred to a halfway house in Knoxville where inmates transition from prison, and inmates are allowed to leave a few hours daily to search for jobs.

In 2014, Rocky Houston was sentenced to nine years in prison after a federal jury convicted him of being a felon in possession of firearms.

The conviction ended a decade of dramatic conflict between Rocky Houston, his brother Leon Houston, and local law enforcement, including a deadly shootout that killed a Roane County Sheriff's deputy and a friend who was riding along in the deputy's car.  The feud ignited in 2004 with a police chase.

Rocky Houston's feud with law enforcement began to boil publicly in 2004.  Houston, a former Wackenhut security officer for the Department of Energy, was charged with aggravated assault after a police chase and crash involving the Harriman police.  Prosecutors said Houston tried to hit two officers with his truck. Houston claimed the officers tried to kill him.

Credit: WBIR
Brothers Rocky and Leon Houston protest in January 2011 as their foreclosed property is auctioned.

Houston claimed local law enforcement and judges had a personal vendetta against him. He filed several lawsuits against local, state, and federal officials.  The lawsuits filed against judges were considered by many to be a stalling tactic, with the goal to have judges perpetually recuse themselves in the criminal case against Houston.

Neighbors said Rocky and Leon Houston were known to patrol their family property in Roane County with assault rifles.

In 2006, there was an outstanding warrant for Rocky Houston after he failed to appear in court for an aggravated assault charge.

Roane County Sheriff's Department Deputy Bill Jones was on patrol May 11, 2006.  Mike Brown, a friend and former police officer, was riding along with Jones.  The cruiser drove on the property of Leon Houston shortly after 6:00 p.m. to serve a warrant to Rocky Houston.  Both men were shot to death.

Rocky Houston was shot in the hip during the firefight and went to the hospital. After a five-hour manhunt in the woods surrounding his property, Leon Houston surrendered to the Tennessee Highway Patrol.  He claimed to be a bystander in the shooting.

The Houston brothers claimed self-defense.  They said Jones and Brown rolled up and shot first.  Rocky was charged with two counts of first-degree murder.

In December 2008, Rocky Houston was tried for double murder and several lesser charges for the shootout that killed Bill Jones and Mike Brown.  Prosecutors could not prove who shot first and the jury was deadlocked on the murder charge. Houston was acquitted of some of the other charges.

In November 2009, Leon Houston was found not-guilty on charges from the May 2006 shootout.

Rocky Houston remained in jail while an appeals court decided whether he could be retried.  His defense claimed another trial would be double jeopardy.  The Tennessee Court of Criminal Appeals agreed with the defense and threw out all charges in the double-murder case against Houston in 2010.

Although Rocky Houston was cleared of murder, he remained in jail awaiting trial on charges of aggravated assault from the 2004 police chase.

Credit: WBIR
Rocky Houston in court in Roane County in 2010

In March 2010, court hearings were dramatic.  Leon Houston was jailed for contempt after interrupting a hearing and screaming at Judge Kerry Blackwood.  Rocky Houston was forced to wear a webbed hood to stop him from spitting on court officials.

When Rocky and Leon Houston were finally free and living together on their property in Ten Mile, they didn't exactly lay low.

They posted large billboards on the property featuring forensic photographs of the bodies of Bill Jones and Mike Brown.  The Houstons claimed they feared for their lives and the legal signage served as a warning not to enter their property.

The signs were eventually knocked down by Leon Houston's former lawyer.  Attorney Jim Logan represented Leon Houston in the double-murder case and was owed more than a quarter-million dollars in unpaid legal fees.  Logan foreclosed on nearly 100 acres of Houston property.  He tried to auction the property and received no bids while the Houstons shouted in protest at the courthouse steps.

Credit: WBIR
Large billboards at the Houston property in 2012.

In 2013, Logan took ownership of the land with the billboards and tore them down.  He later donated the property to Habitat for Humanity.

Around the time Leon Houston's former attorney was taking their property, it was raided by the feds.

On Jan. 11, 2013, ATF agents entered the Houston family property and arrested Rocky Houston on 14 counts of being a felon in possession of firearms.  Leon Houston was also arrested for having a gun while he was under the influence of alcohol and marijuana.

Leon Houston was acquitted of using illegal drugs while possessing a gun in November 2013.  But his legal troubles were far from over.  While he was locked up on the gun charge, Leon was recorded on the jail phone threatening to kill his former attorney Jim Logan.

In March 2014, Leon Houston was sentenced to five years in prison for threatening to kill Logan.  He was released in December 2015 and was not allowed to go within 1,000 feet of Logan, his family, or their property.

Also in March 2014, a jury convicted Rocky Houston for possessing firearms as a felon. He was sentenced to nine years in prison in June 2014.

RELATED: 2014 - Houston Brothers' property given to Habitat for Humanity