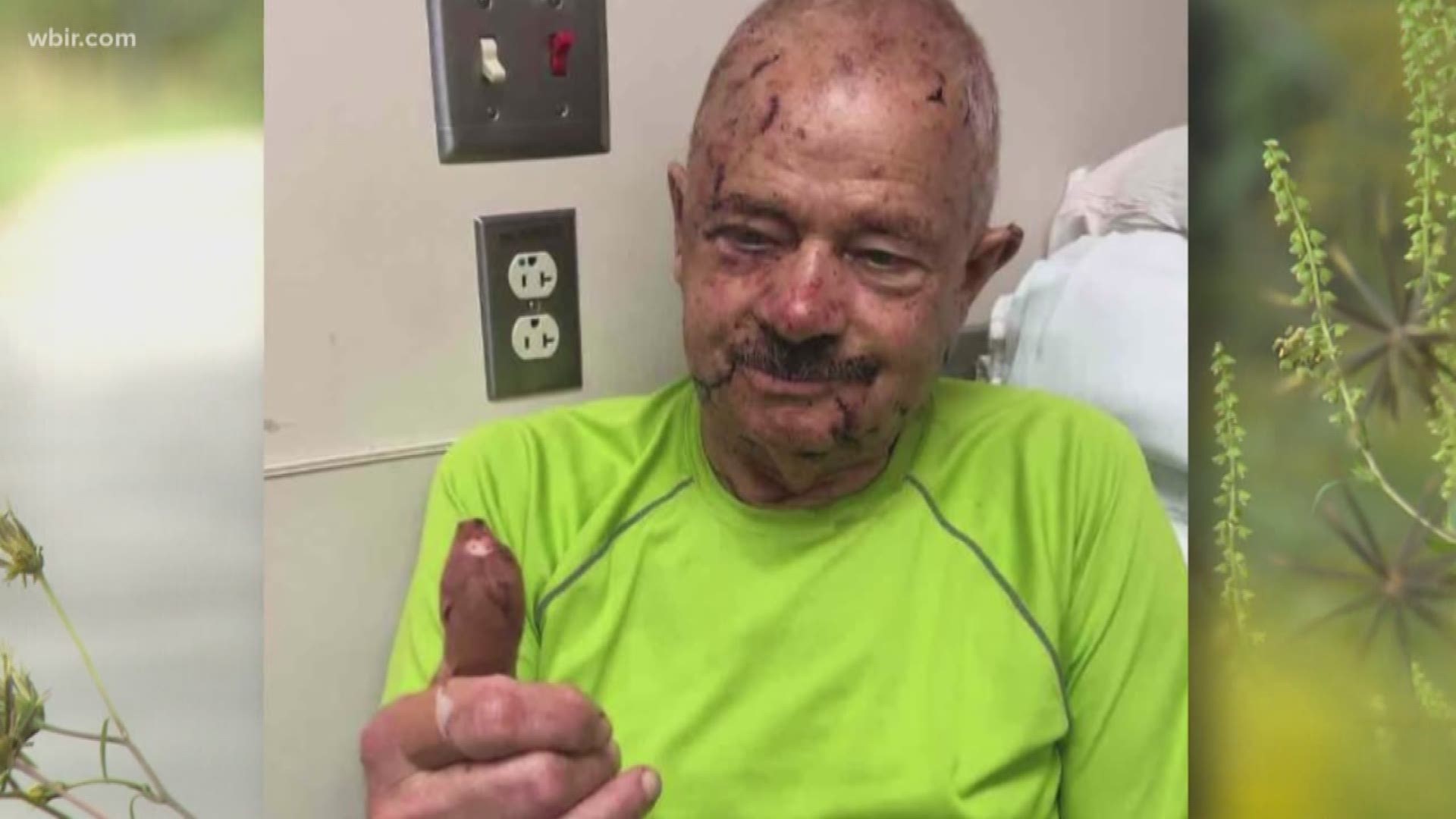 As 79-year-old Werner recovers from a weekend attack on a Knoxville greenway, the man who found him lying on the ground is hoping people will stay extra vigilant on the trails.

The attack happened on Saturday morning on the Ten Mile Creek Greenway in west Knoxville.

It's unclear how long the victim was lying on the ground before Jason McLeod saw him on his morning run.

"This is like one of those crime shows or something, like that this can't be real," said McLeod

He was 5 miles in to his run on that greenway when he saw Werner lying on the trail.

At first he thought it was a homeless man sleeping.

"As I'm turning I kind of realize I saw some blood coming down the trail off of his, by his head and so I realized something was wrong," he said.

McLeod was a little nervous, checking around the area for an suspicious people as he approached Werner.

He saw he had been attacked, and was barely conscious.

McLeod remembered Werner was groaning and his eyes were fluttering.

"I realized he obviously wasn't okay and so I told him - even if he couldn't hear me or not - I just say hey, I don't have a phone on me. I'm running for help. I'll be back," said McLeod. "And then I took off running for the closest store."

McLeod ran up the greenway as fast as he could into Lowes, where he borrowed the phone to call the police.

First responders were there in minutes, and McLeod led them back down the trail to where he found Werner.

"I think anyone would do the same thing in that situation with running for help," said McLeod.

But he hopes he never has to see someone hurt on the greenway again.

"After that definitely my run back was a lot quicker than I'm used to, and just kind of watching literally at hyper alert, watching everybody," he said.

An avid runner, McLeod wants anyone using the greenways to be aware of their surroundings, and preferably hit the trails with a friend

"[Werner] definitely looked like he was in shape so I mean the fact that it can happen to literally anybody is kind of a scary thing."

Werner is still recovering from the attack and will require more medical attention.

Family members said Werner has hundreds of stitches, a broken hand and more than 30 staples in his head.

The suspected attacker is still unknown.