The course took young and old through downtown streets and across two bridges. 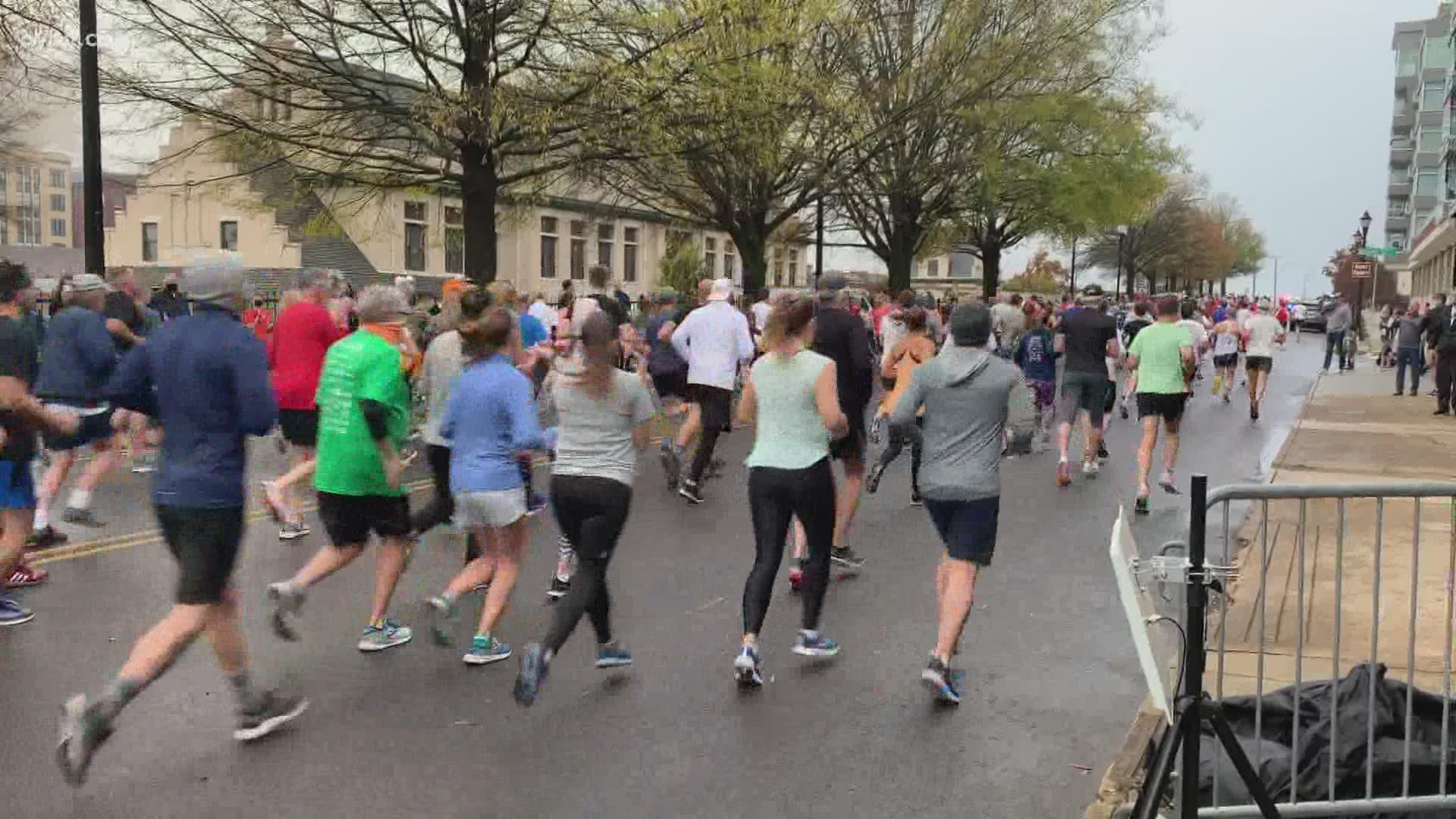 KNOXVILLE, Tennessee — On a Thanksgiving morning like few others in history, Knoxville runners dashed through downtown streets and over two bridges, all the while mindful the country is in the middle of a pandemic that's sickened and killed thousands.

The Regal Turkey Trot 5K race started at 8:30 a.m. outside the Mill & Mine event venue in the Old City, went down Gay Street, then cut over to Henley Street and the Henley Bridge and then over the Gay Street Bridge and up Gay Street to the Old City.

Overnight rain made for pleasant running conditions. Sometimes, the annual race starts in the low 30s. Temperatures Thursday morning, however, were in the 50s.

With COVID-19 surging locally and across the country, the Knoxville Track Club took extra steps this year to help reduce the potential spread of the virus.

Runners and walkers were encouraged to pick up their bibs and shirts early this year to reduce gathering. 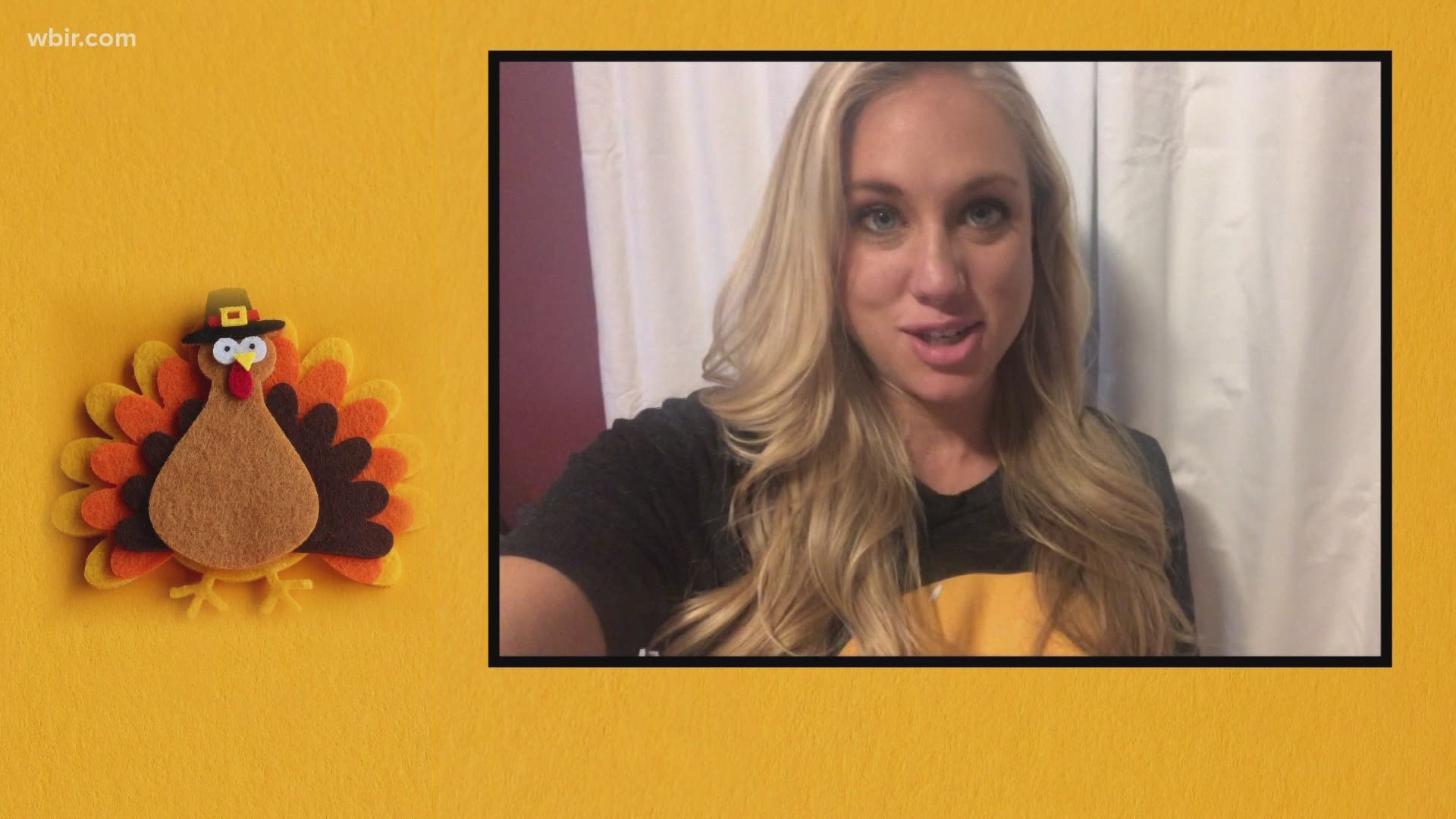 Participants were encouraged to wear a mask before the race start.

More space was given in corrals for runners to spread out on Depot Avenue ahead of time, and there was no traditional post-race gathering at Mill & Mine, said David Black, KTC executive director. Black said the club worked with the city in planning the race.

Runners concerned about appearing in person could take part virtually.

This is the seventh year Regal has been a sponsor. The Knoxville-based theater chain is currently closed because of the pandemic.

This year's race is helping raise money for Regal's Variety --The Children's Charity.

The Pilot Company also is a sponsor. 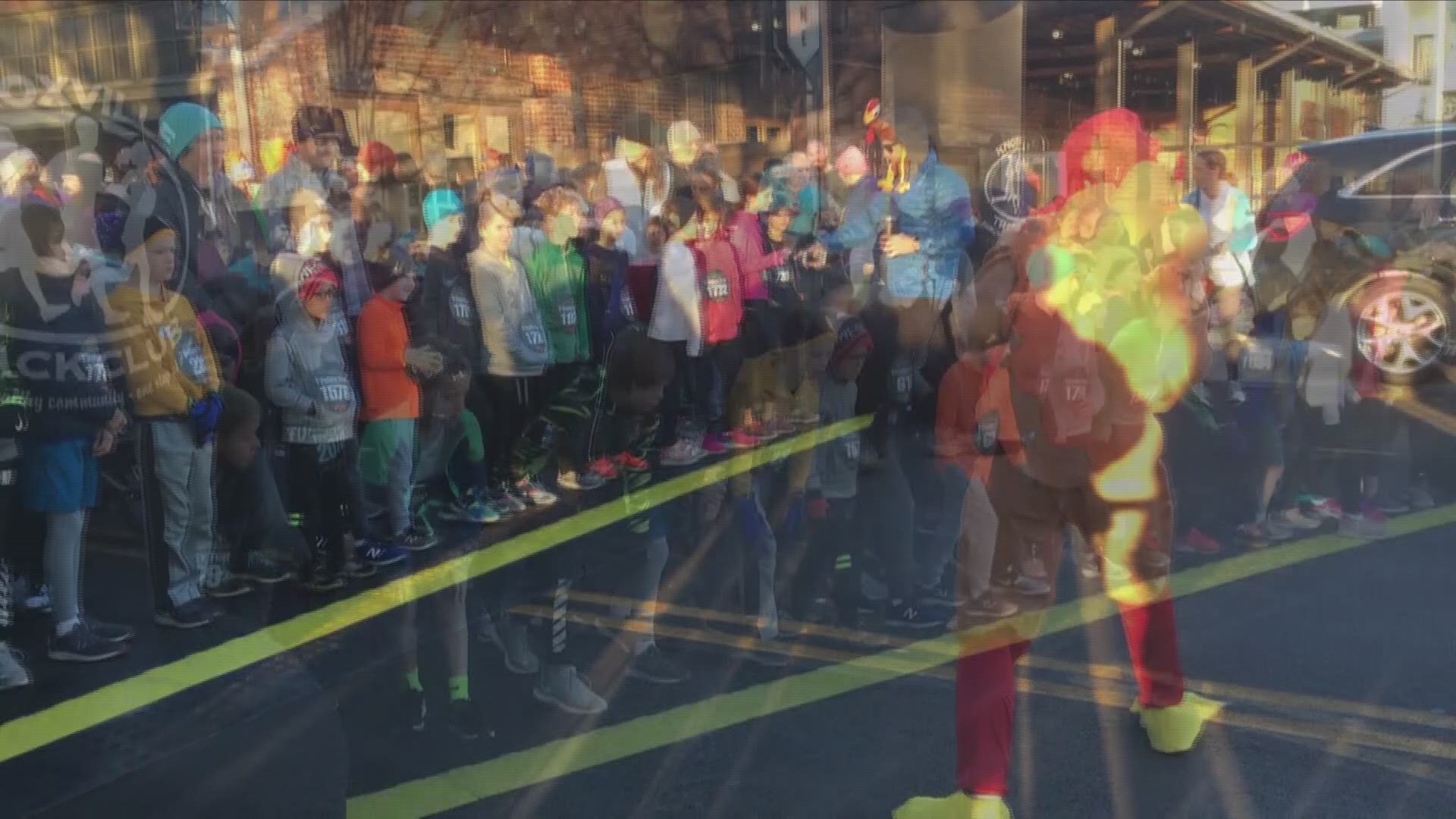