Mayor Jason Bailey said municipal internet would mean students could learn from home and county residents will be able to get online easier. 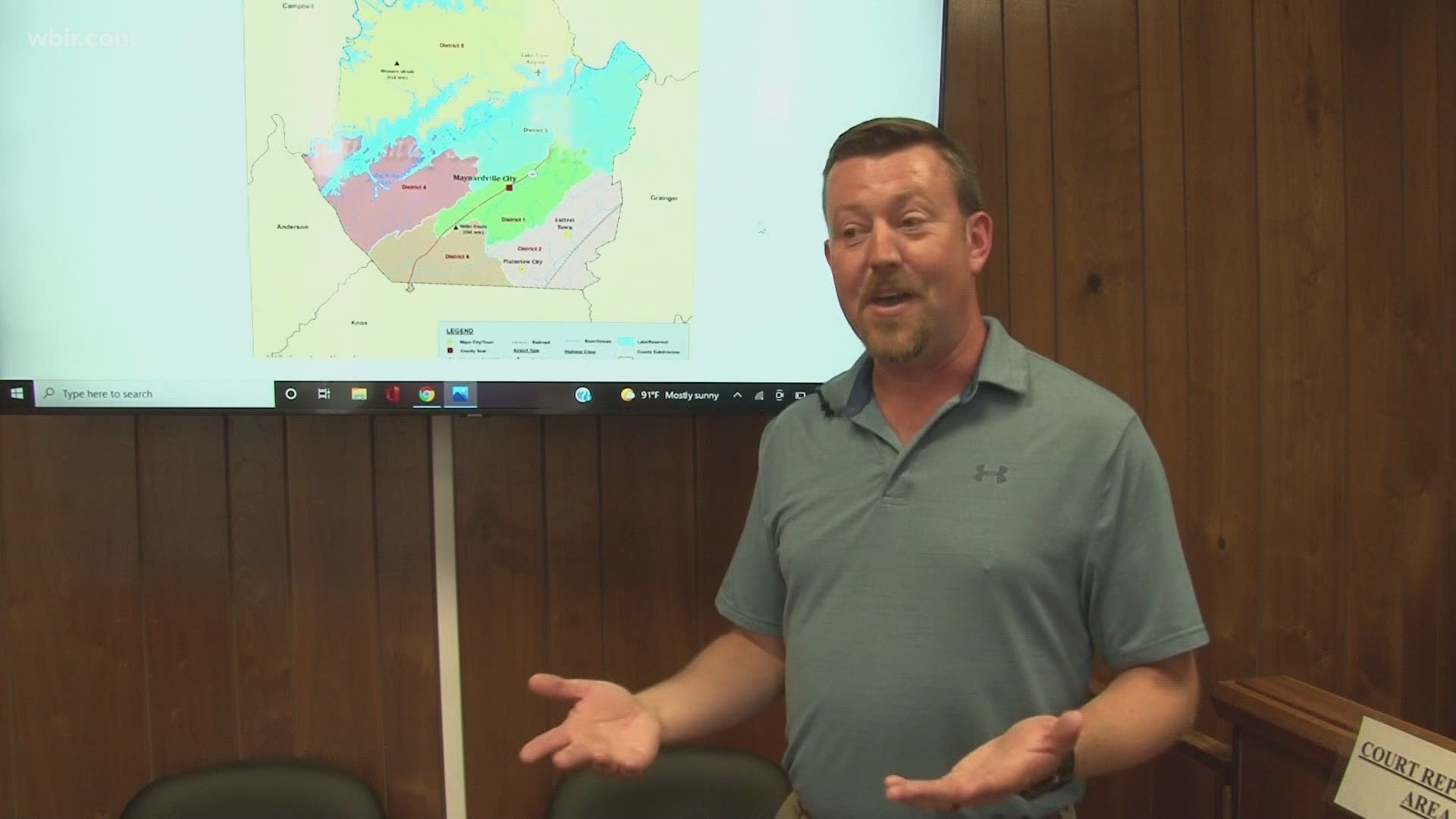 UNION COUNTY, Tenn. — Comcast representatives, community leaders and KUB members gathered for a Knoxville City Council meeting that lasted until late Tuesday night. The main item on the agenda was whether to approve KUB's plan to provide high-speed internet for its customers, an alternative to internet access from private companies.

Union County Mayor Jason Bailey spoke up in favor of the KUB Broadband proposal at the meeting, and the vote passed 8-0 with one council member abstaining.

All of those residents who have KUB electricity would be eligible for gigabit internet through the fiber broadband system KUB proposed. They said they plan to build off its existing fiber optic cables to distribute equally fast upload and download speeds.

At the beginning of the pandemic, Union County Schools students had to attend school via Zoom, logging in for lessons. The county distributed Chromebooks to every child, but Bailey said those were useless for students who did not have internet access at home.

"It's hard for children to take a Chromebook home and learn from that if they don't have internet," Bailey said.

Credit: KUB
Areas not served by the internet, according to the FCC

KUB's plan includes a 3% rate increase per year over the next three years for all KUB customers, regardless of whether they choose to get internet through them.

Bailey said his constituents are okay with a rate hike.

"That's really not been a big concern here in the area," Bailey said. "When they really weigh the cost of what they would pay for internet access being satellite or whatever it may be in the rural areas, really the rate increase is not as much as they would pay for that."

KUB said their plan could take around 7 years to fully roll out.