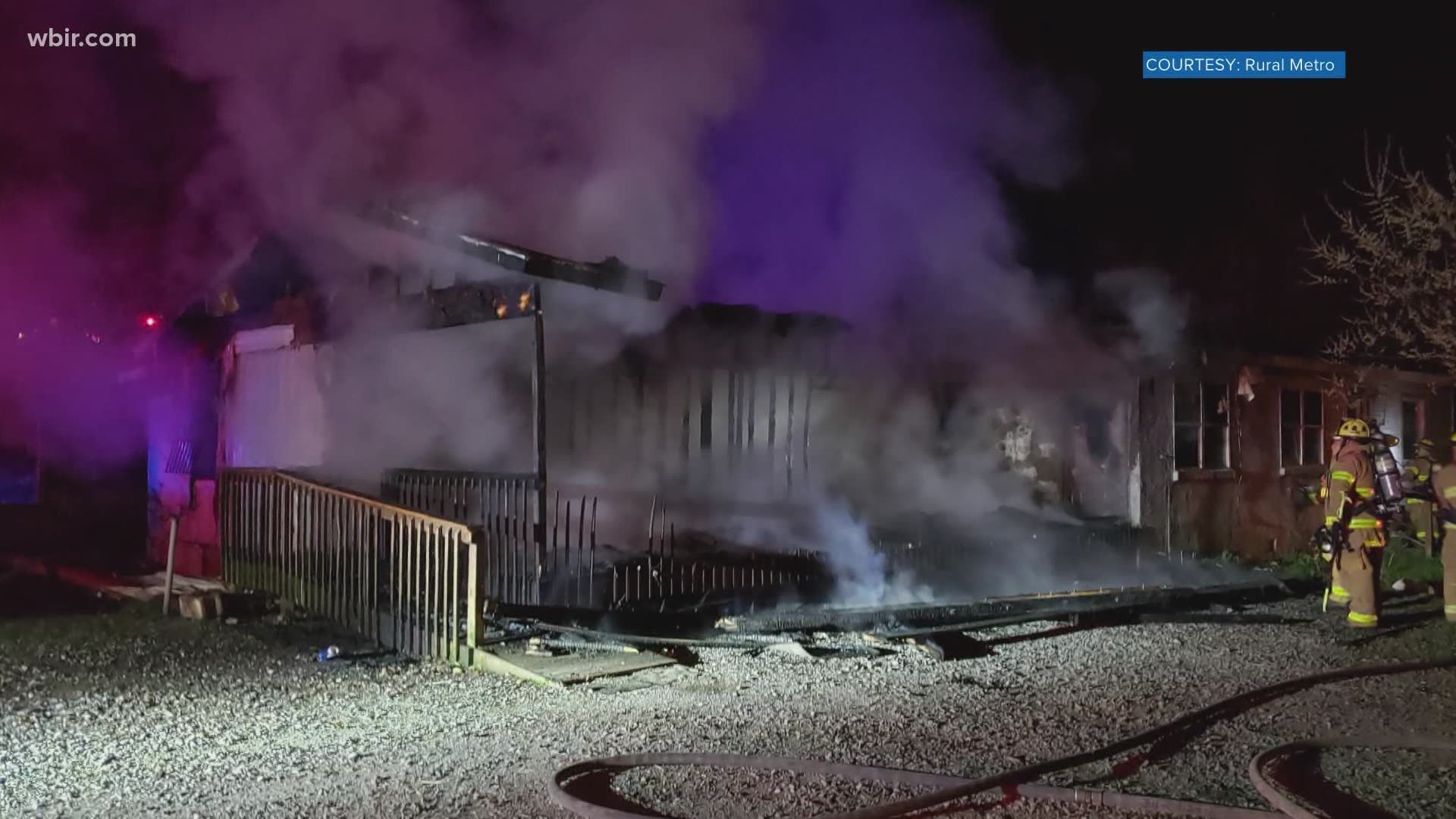 When crews arrived, Rural Metro said they found heavy flames coming from the carport and back of the house.

According to Rural Metro, no one was home during the time of the fire. However, Knox County Sheriff's Office reported several people had been at the house earlier that night.

Rural Metro said after searching the house, they couldn't find anyone and no injuries were reported.

Rural Metro is still investigating the cause of the fire.