The driver was transported to UT Medical in what appeared to be critical condition. 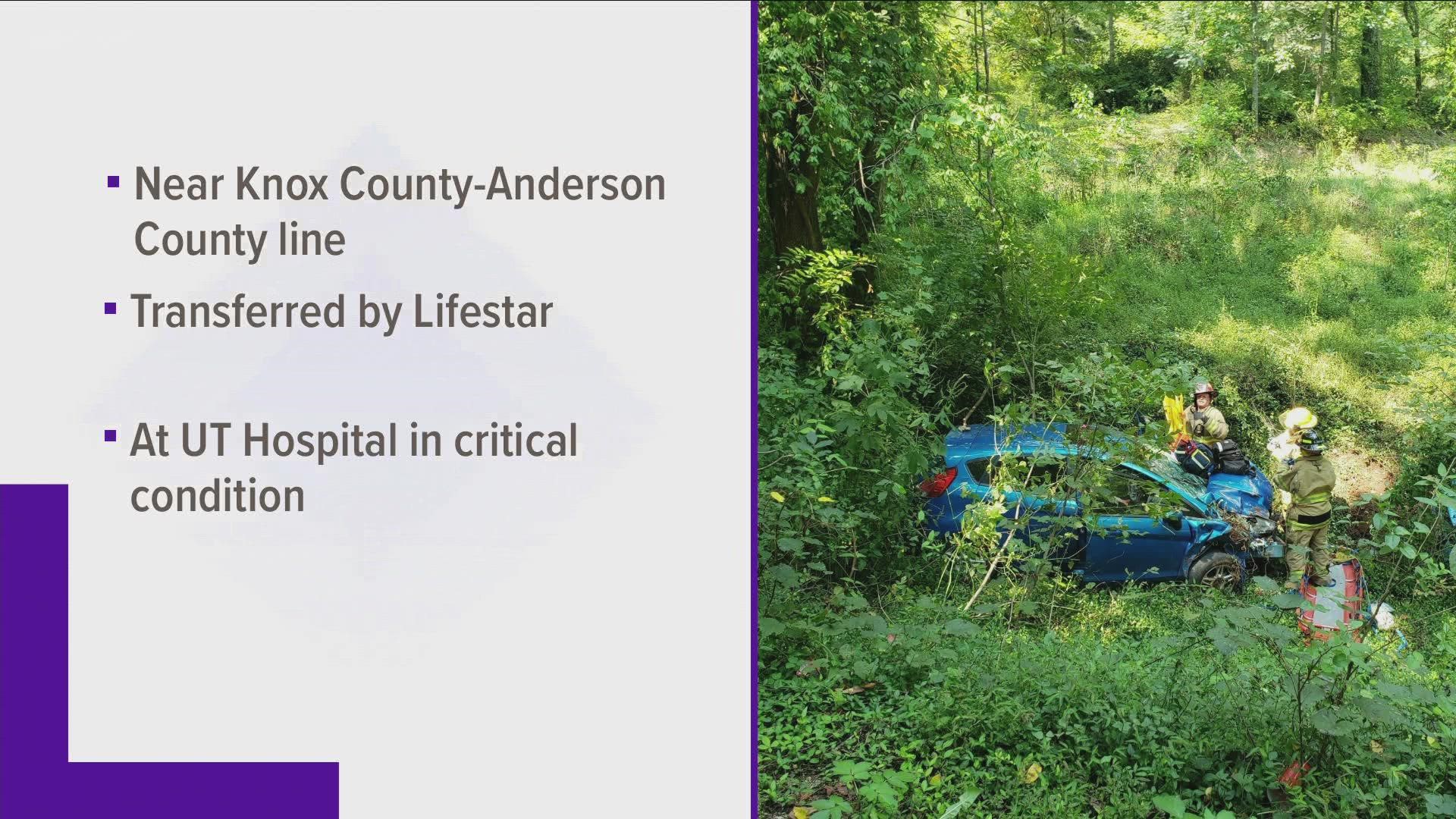 Crews found a single vehicle had gone off the roadway and struck a tree. According to Rural Metro, the driver had to freed from the wreckage and then hauled up the embankment using a rescue hauling system.

The driver was loaded onto a Lifestar and taken to UT Medical in what appeared to be critical condition.