Salvaging history: Some abandoned cemeteries can be saved

One expert guesses there are dozens of abandoned cemeteries in Knox County. Many won't be saved. There's hope for some, however. 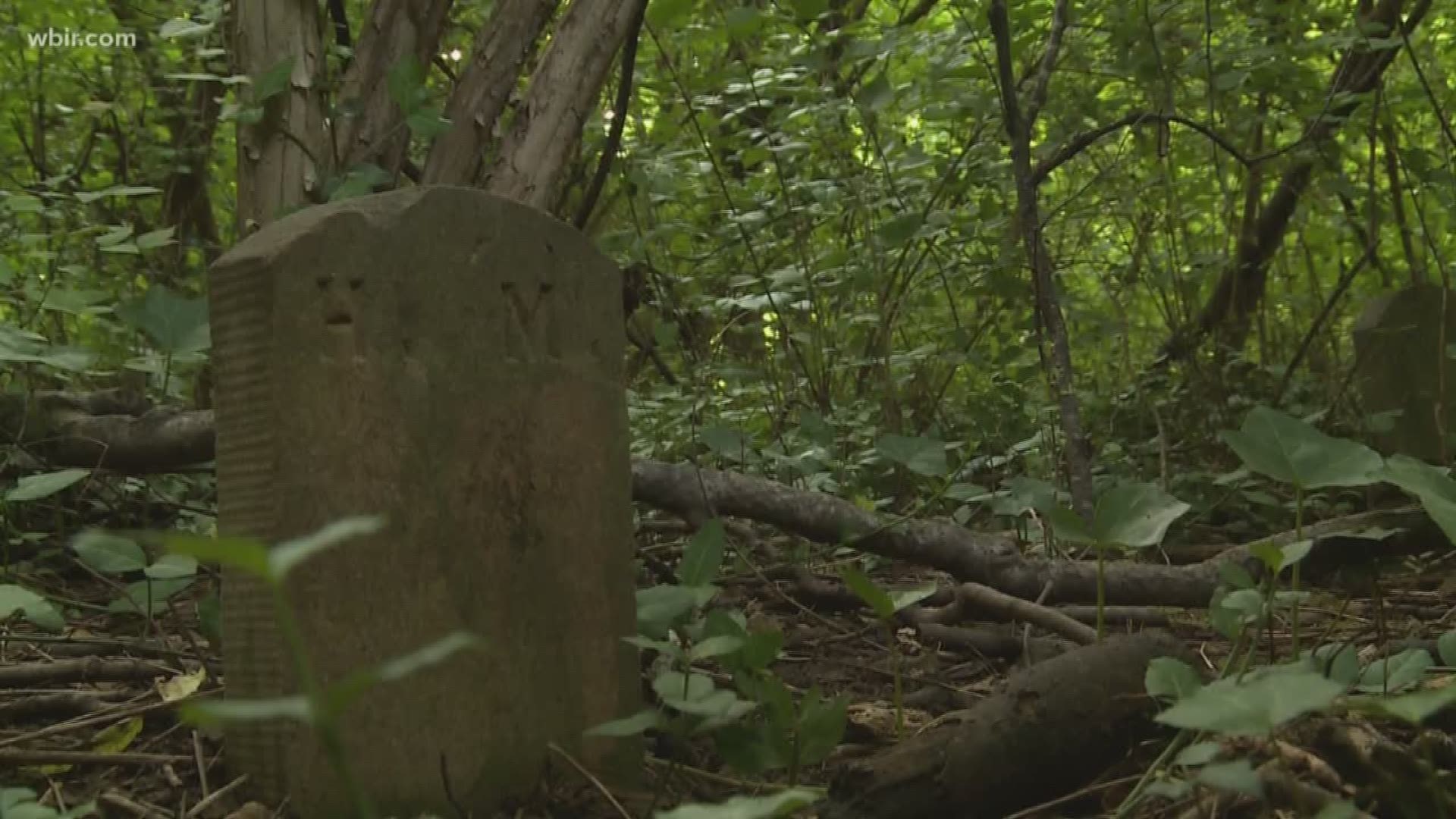 You may know of some yourself.

Historian Robert McGinnis estimates there are perhaps 780 graveyards in Knox County alone, with about 150 -- big and small -- that are abandoned.

Some can and are being saved.

Odd Fellows, an historic black cemetery on Bethel Avenue in East Knoxville, has been reclaimed thanks to a number of community volunteers and groups. Another that's been saved is Weaks Cemetery in North Knox County.

Chris Hammond, a teacher at Central High School, discovered it in the Dante area while driving to work one day.

A tombstone caught his eye.

"About 18 months ago, you would have been looking at a wooded area filled with trash," Hammond said, describing its original condition at the site. "When I saw it in the state that it was in, I was infuriated. And I didn't even know who to be mad at."

The health sciences teacher knew he had to act.

"Now that I had found it, if I didn't do something about it, I was just as guilty as someone who left it in this condition," he said.

Hammond rallied Central students to clean up Weaks through fundraising and donations.

It was restored in 2009, around the same time as the Civil War sesquicentennial and the construction of two senior centers in East Knoxville. The community, the city and University of Tennessee groups have helped with its upkeep.

Generally speaking, no one is buried there anymore.

"A lot of things just happened that we didn't even plan on, and a lot of people got involved because a lot of people were interested in what we were doing," said Stephen Scruggs, who spearheaded saving Odd Fellows after moving back to the Knoxville area from California.

While Weaks and Odd Fellows are success stories, most abandoned cemeteries stay that way.

Hidden in Plain Sight: The historic Knoxville cemetery abandoned to the ages

Historian McGinnis mentioned two in the city of Knoxville. One is near Whittle Springs Golf Course off Tecoma Drive. Another is just off Jacksboro Pike north of Tazewell Pike.

Some such as Knoxville's 1830s-era Eastport Cemetery on Fuller Avenue off Wilder Place are so overgrown and in such bad shape they may never be repaired. 10News reported about it Monday.

"You get out in the county, there's a lot more of them. They're all over East Tennessee," said McGinnis.

He said it's not just a matter of cleaning up a forgotten cemetery, but putting in place a mechanism to maintain it.

That's not always the case. The nearly 200-year-old Eastport Cemetery, whose occupants include veterans of multiple wars including the Civil War and World War I, is a prime example.