Save Our Sons educates, inspires at Sons Summit II 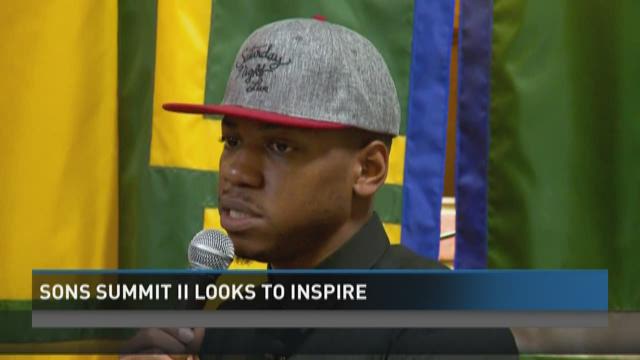 The Save Our Sons initiative hosted Sons Summit II at Pellissippi State Community College's Magnolia Avenue campus on Friday. The third of its kind, the summit is meant to be a learning opportunity for local kids.

"A meeting of the minds, an all-star event to bring the young men of the city together," said community outreach director for SOS, Kevin Perry, "so we can empower, educate and influence them for the future."

Perry said the Save our Sons initiative is more important now than ever.

Save Our Sons works with community partners to address opportunity gaps and to eliminate violence-related deaths among young men of color.

There has been a trend of violent crime in Knoxville over the past few weeks. 13 people have died in 10 shootings since mid-May.

"We're going to try to recalibrate them," said Perry, "change their mindset, change their thinking so we can change the climate."

LeRoy Thompson thinks of it as paying it forward. He's been a part of an exchange like Save Our Sons before, just on the opposite side.

"I am them, somebody put a village around me and invested time. I had somewhere I could go to have a caring adult," he said.

Chris Blue was the keynote speaker of the Summit. Before his speech, he shared his views on helping this community he has spent so much time in.

"We are all in this together," said Blue, "I am my brother's keeper."