Community organizers said they are in talks with the city to get a permit and with other leaders about their perspectives. 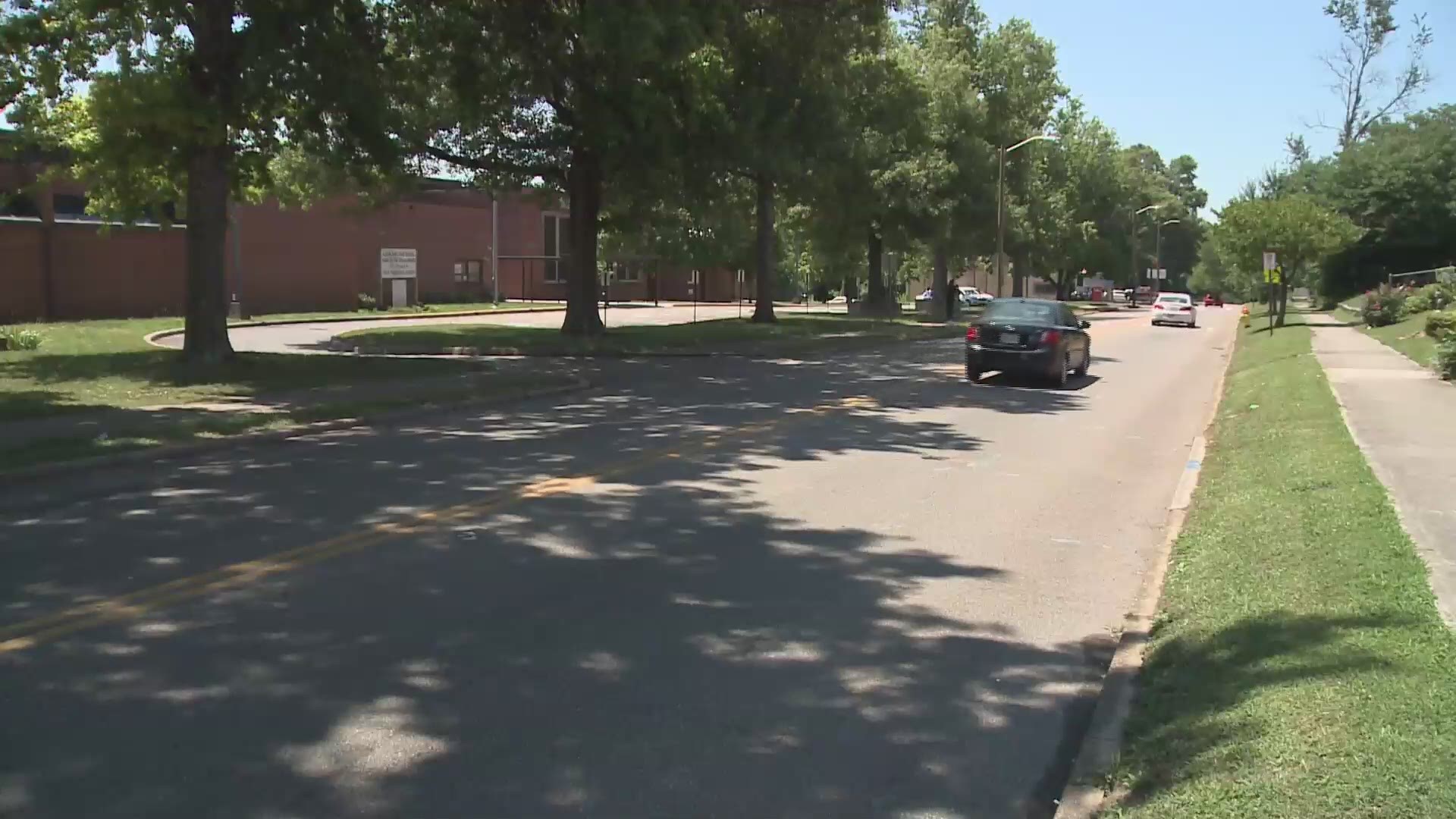 KNOXVILLE, Tenn. — A Knox County School Board member is asking the city to remove a Black Lives Matter mural that was painted on the street in front of Austin-East Magnet School last weekend.

Some members of the Black Lives Matter movement started the mural on Martin Luther King Jr. Ave, but were asked to stop because they had not obtained proper city permits that would allow it. Some community members were angered by the decision.

Now, Evetty Satterfield, who represents District 1 and Austin-East High on the school board, has proposed that the mural be removed and replaced with something that the entire community is involved in.

"The events that transpired on July 4 were not an accurate reflection of the East Knoxville community. East Knoxville residents take pride in our community, understand and appreciate our historical context, and we love our school," Satterfield said in a press release posted on her Facebook page.

Evetty Satterfield Knox County School Board District 1
Community, you are heard and I need your support. The statement ... below is supported by countless Alumni, East Knoxville community leaders and supporters, students, and the Head Principal of Austin - East Magnet High School.

She said that people most impacted by the mural will be the students when they return to school, who may have had no part in planning for it or creating it. She worried that it could be a site for future protests and counter-protests near the school.

However Satterfield said she has now been in talks with Denzel Grant, an organizer with Black Coffee Justice, who helped organize the mural. She  also said she wanted to get more clarity about communication with the city regarding the mural and the permit.

"I'm in conversations with one of the organizers at the moment and we're both on the same page, a lack of communication and a lack of guidance caused the division and we're both ready to move forward," she said.

Grant also said communication with the city was a an issue. However, he added they are now communicating again.

"The city has circled back with us and now they're willing to work with us to get it done the right way," he said. "We should have that finalized within the next few hours."

As for his conversations with Satterfield, he said while they don't agree on everything. However, he also said having the conversation in the first place is important.

"Me and her have been in talks all day to see what we can do and for me to try to see from her perspective and her to see mine," he said.

As for the takeaway from the experience and dialogue, he shared two messages.

"Respect your counterparts who are doing the same work even if they have a different angle," he said. "And keep pushing forward even if you are told no."