Rachel Johnson was in Nashville last Mother's Day when she and a friend hopped on two e-scooters to get to a soccer game faster. She nearly died that day when a car hit her, and while she's made a tremendous recovery -- she's cautioning others to be careful or avoid the scooters altogether. 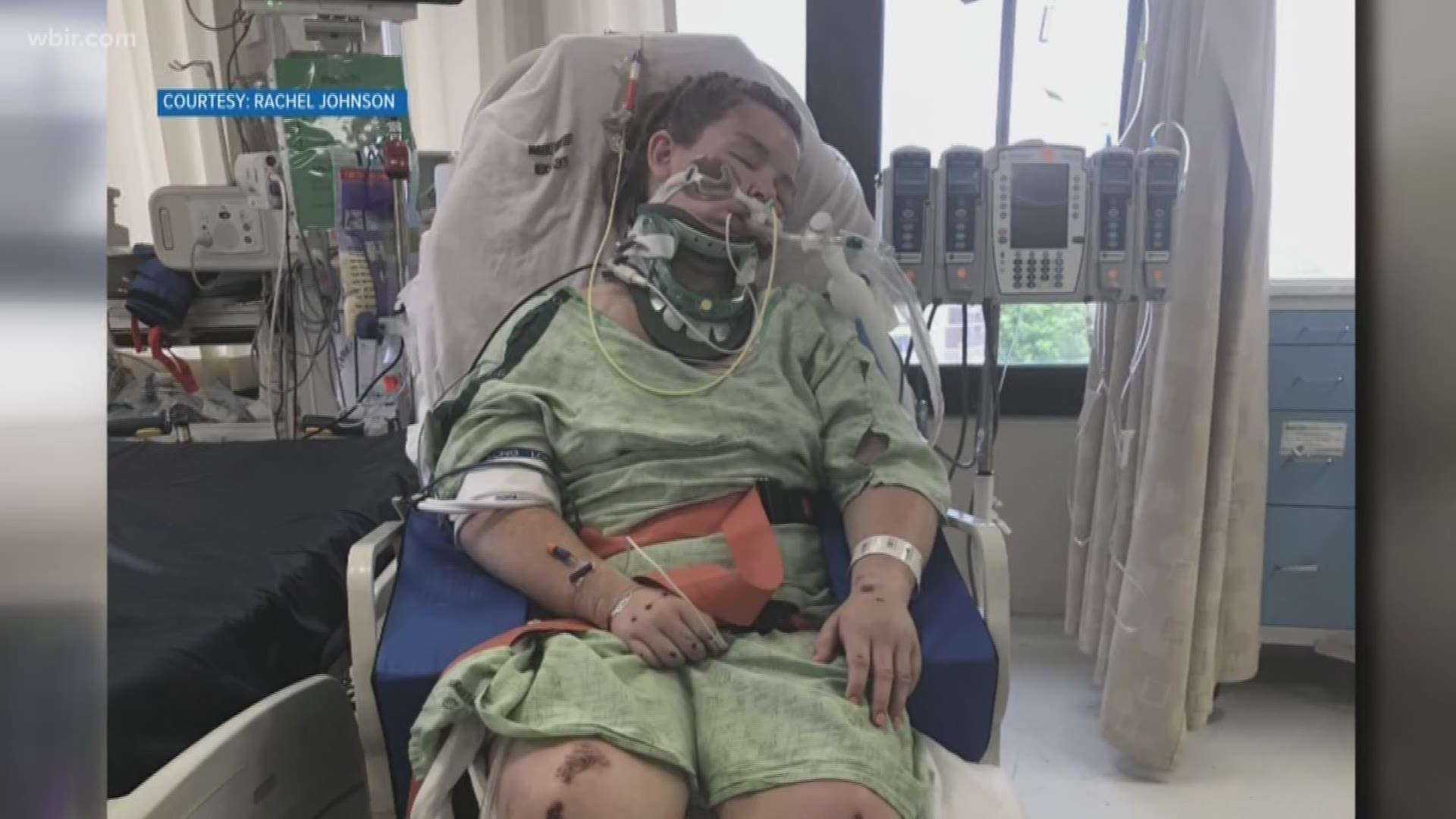 KNOXVILLE, Tenn. — More that a month after their first launch, electric scooters make their return to Knoxville Wednesday.

This comes after the failed launch of Zagster scooters back in March.

Visit Knoxville shut those scooters down in a few hours after riders managed to break through virtual geofencing that was supposed to only allow the scooters to operate in certain areas.

Leaders said they fixed the problem.

Safety on those scooters is a concern nationwide. It hits close to home for a Knoxville woman who nearly died while using one.

Rachel Johnson was in Nashville last Mother's Day for a soccer game. She and a friend hopped on two e-scooters to get to the game faster.

"I don't even remember going to Nashville," said Johnson.

That's because while crossing the street on the scooters, she and her friend were hit by a car.

Credit: Rachel Johnson
Rachel Johnson shortly after she was hit by a car while riding an e-scooter in Nashville. May 2018.

Her head took the brunt of the impact.

"I had a brain injury, I separated this shoulder, I had a scalp laceration so I had staples in my head, a skull fracture, and then they think I had some mini strokes," said Johnson.

Those injuries laid out a long road to recovery

"I was in a wheel chair at first, so I had to relearn how to walk and talk," said Johnson. "The first responders really didn't think I would make it"

She spent two and a half weeks recovering at Vanderbilt, then about six weeks at the Shepherd Rehabilitation Center in Atlanta before returning to East Tennessee for more physical, speech and occupational therapy.

The 28-year-old physical therapist is back to work at UT Medical Center, now more in tune with her patients than ever.

She works in the trauma unit and is worried the scooter relaunch will bring her patients that remind her of her.

"I know there's gonna be injuries from them and I know we're gonna see them," said Johnson. "I told my manager I refuse to see anybody that's been hurt on a scooter."

"I'm really not sure if I'll even ride a bike again," she said.

It still hits too close to home.

"I'm very lucky. Most people with my injuries don't make it this far," she said.

Johnson said if she can't stop the scooters from coming, then she hopes people will be as careful as they can.

"Think twice about it, think about what could happen. They're just not safe," she said.