The Scott Co. Sheriff's Office said that they are supporting victims, pledging to start by believing them when they say they're a victim of sexual assault. 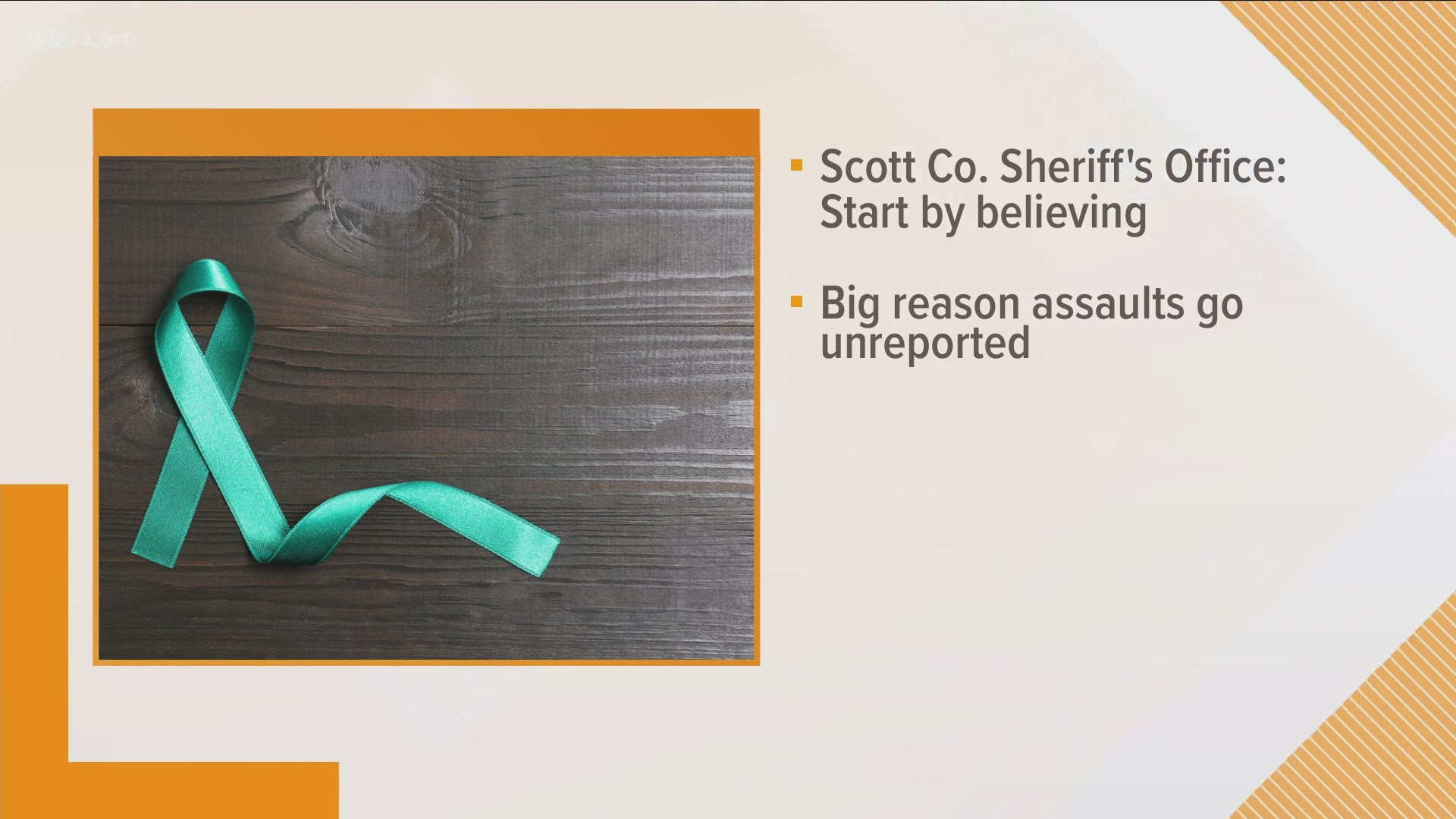 SCOTT COUNTY, Tenn. — Many sexual assaults are not reported. According to officials, as few as one in five victims report assaults for a variety of reasons.

They are participating in an international "Start By Believing" campaign. The campaign is meant to advocate for victims and survivors of sexual assault by ensuring they will be believed if they come forward to report the crime.

Many officers and workers also pledged to support victims by believing in them, posting videos of them taking the pledge on social media.

"Hi, my name is sheriff Ronnie Phillips and when someone tells me they were raped or sexually assaulted, I pledge to start by believing," said one member of the sheriff's office.

Officers pledged to stand by victims on their social media page, and many mental health professionals also pledged to support victims by wearing teal.