Take a look inside phase two of the UT Student Union 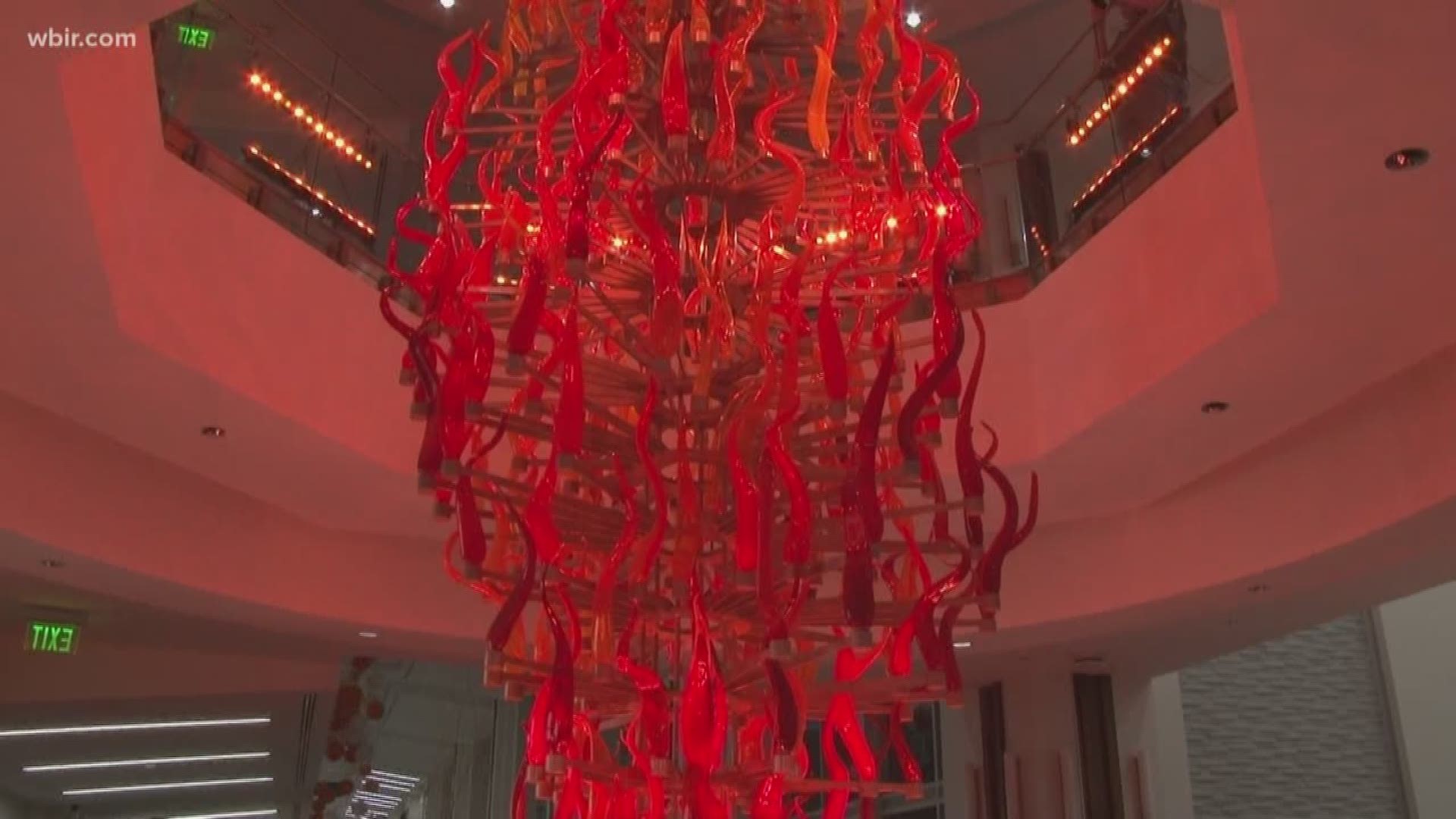 After six years of construction, the completed University of Tennessee Student Union officially opened on Jan. 2.

It was the largest construction project in the history of the university, according to a release from UT.

The 395,088 square-foot-building is intended to be the community center of campus, providing a central gathering space as well as a home to many administrative offices.

It will have a glass torch sculpture inside.

The Student Union will also serve as a space for additional student development and learning, according to the university.

Ian Crone, director of the Student Union, said he wants the space to be inviting and welcoming to all.

“The Student Union is not just a building. We want this to be a place for people to come and hang out with friends. I see this space as a home away from home for students,” Crone said. “This space really serves as a crossroad between their classes and heading back to their residence hall or off-campus housing.”

UT said the Student Union will serve as a central location for many of the offices that serve students on a daily basis.

360 look inside the new UT Student Union: Click and drag to view.

Click here if the video does not show up.

A number of Division of Student Life offices will be located in the Student Union. These include:

The Office of Undergraduate Admissions also will move its Welcome Center to the Student Union to host campus visits for prospective students and family members.

360 look inside the new UT Student Union: Click and drag to view.

Click here if the video does not show up.

The Student Union will also feature a number of dining locations, a student recreation area and other academic service. See a full list on UT's website.

While this project is complete on campus, there are a number of others in progress.

“As people visit the Student Union, we also encourage them to take a look at the improvements along Volunteer Boulevard,” said Dave Irvin, associate vice chancellor for facilities services. During the winter break, workers planted bushes and trees along the newly landscaped sections of the street between Peyton Manning Pass and Cumberland Avenue. The area features benches, tables, and enhanced wireless internet connectivity to encourage pedestrian use.

Two new residence halls--- Dogwood and Magnolia Halls will be completed this spring. They will house a total of 872 students starting in the fall semester.

A new west campus dining facility will break ground by April on the former site of Humes Hall. It will replace the Presidential Court Building, which will be converted to administrative and meeting space.

Two residence halls remain temporarily closed. White Hall is closed as workers replace the building’s exterior brick veneer. No reopening date has been set. Work continues at Laurel Hall after mold was discovered last semester, but its expected to reopen to students fall.

Work also continues on the new engineering complex next to Neyland Stadium. It will eventually be home to the nuclear engineering department, the engineering fundamentals program, honors programs, collaborative studios, and research laboratories.