“This is by far the most challenging election I’ve experienced, and Knox County got through it relatively unscathed. That’s a huge win for our voters." 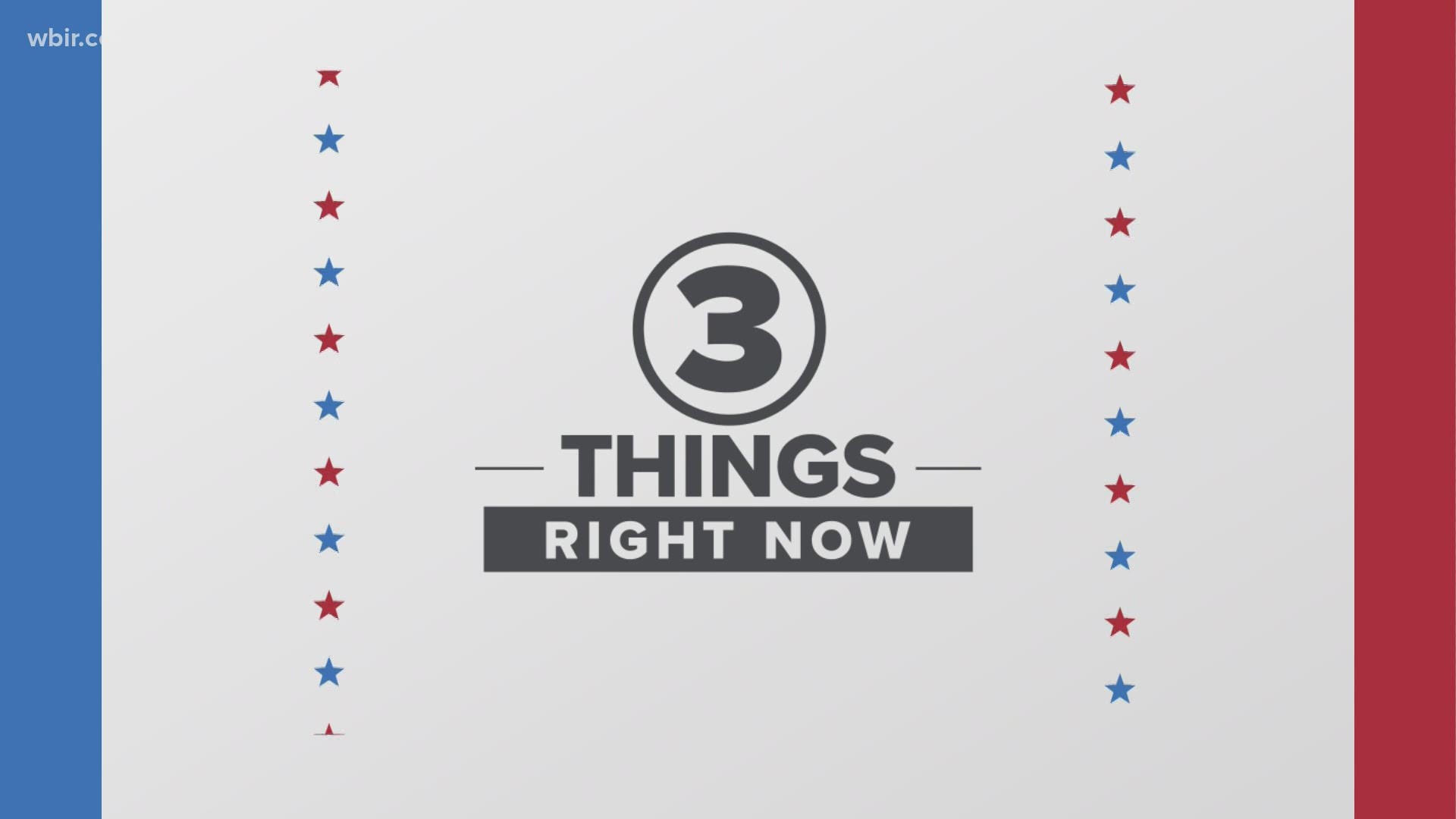 It may take mere minutes to cast a ballot on election day, but the planning and preparation required to ensure Knox County voters experience a free, fair and safe election spans over several months.

This planning orchestrated by Chris Davis, Knox County’s Administrator of Elections, and the respective election commission, helped contribute to the historic turnout of over 220,000 voters in Knox County this election cycle.

Davis talked with WBIR about the steps taken to provide Knox County residents with a smooth experience when casting their ballots. Election administrators play an integral part in facilitating the platform for which voters can express their views, and Davis credited much of it to planning.

“2020 experienced a quick series of elections: primaries in March, primaries in August and the general in November. To effectively prepare, we started training poll workers in November 2019,” said Davis. “And with each election, ultimately three different elections have to be planned for. Early voting, absentee voting then the actual election day.”

What Davis could not start planning for last November was a national pandemic that caused a drastic change on existing election processes.

“We had no way to anticipate the number of absentee ballots the counting board would process this year, and in terms of planning, it can be a logistical challenge,” said Davis. “You have to budget for paper, ink and printing.”

Aside from the logistical challenge imposed on the election, the Knox County Election Commission had to implement public safety precautions to protect themselves and voters. Commission members and election workers were trained on how to facilitate the safest election possible, and personal protective equipment and safety equipment such as sneezeguards were supplied at all polling locations.

“In addition to making sure our workers followed every safety precaution, voters could also bring their own pen to use on our paper ballots, social distancing was strictly enforced and everyone in the building was required to wear a face mask,” said Davis.

COVID-19 posed new challenges to the commission outside the realm of general public safety precautions.

“COVID necessitated us to change the ways we vote nursing homes. The election commission used to have carte blanche permission to go into nursing homes and vote people. Now, a lot of these nursing homes were not letting people in,” said Davis.

By law, most nursing home residents are unable to vote absentee. The election commission was then required by the state to train CNAs and nursing home staff to give the residents a chance to vote.

Davis used the nursing home anecdote to make a larger point: there were a number of challenges during this election that were unprecedented, but the Knox County Election Commission prepared to ensure every eligible voter had the chance to vote safely and securely, even if voters were COVID-19 positive.

“There were sites set up on election day to accommodate COVID-19 positive voters, and the process went extremely well,” said Davis. “The Knox County Health Department was fantastic to work with, and we ended up voting around 75 people who were COVID positive or quarantined.”

Trust in the Institution

Davis is tasked with prepping election machines, training poll workers and making sure there is a bipartisan composition among election day workers. This requires cooperation from the Knox County Republicans and Knox County Democrats, who both have party leaders eager to provide help to Davis.

“The election workers, from vote counters to poll-watchers, are made up of an equal number of Republicans and Democrats, and that’s the case across the country,” said Knox County Democratic Party Chairman Matt Shears. “All workers have to be certified by their respective parties.”

“Knox County Republicans have a great working relationship with the election commission,” Pace said. “Davis’ need for counters on election day have was much higher than usual, so our party, and the Democrats, were happy to help fill that role.”

Each election day worker is trained to understand how to properly fill out and scan ballots, as well as solving any issues that may arise on election day. This training is crucial to give voters a smooth election day experience, but Davis understands the value of public transparency when it comes to conducting an election. Especially one that may be polarizing.

“At every step of the process – from designing the ballots, printing the ballots, programming the machines, staffing on election day, absentee ballot county board – everything we try to do, we do with teams of Democrats and Republicans working together. We are one the very few areas of Government where Democrats and Republicans work together and actually get along. On election day, our workers put aside politics and care about getting the election right for the voters.” Davis said.

Knox County voters noticed Davis’ efforts, and according to Davis, he received more compliments this election than the 22 prior Knox County elections for which he has worked.

“The compliments are great, and it reminds me how serious voters take voting. We are in the election business and customer service business. We want voters to know that their vote is secure, and that out workers are also voters.”

Shears and Pace agree that Davis does conduct secure and safe elections.

“We are very happy with Davis’ responsiveness. He has been very helpful and always operates with a high level of integrity. We trust that the elections in Knox County are ran effectively, efficiency, and truthfully. Also there’s no indication that that isn’t the case in every other part of the country as well,” said Shears.

With a list of unsubstantiated claims of voter fraud coming from President Trump and his administration, Davis says that Knox County voters have not raised suspicion with him. The feedback has been overwhelmingly positive. Davis says claims of fraud are very rare in Knox County and across the region.

“We count votes in a bipartisan manner, machines are tested before every election and results are audited after every presidential election and gubernatorial election,” said Davis.

According to the National Conference of State Legislatures (NCSL), “A post-election audit checks that the equipment and procedures used to count votes during an election worked properly, and that the election yielded the correct outcome.”

Davis said Knox County’s audit happened the day after the election, at five polling places and one early voting spot. “The audit turned out great,” he said.

“This is by far the most challenging election I’ve experienced, and Knox County got through it relatively unscathed. That’s a huge win for our voters and election administration,” said Davis.