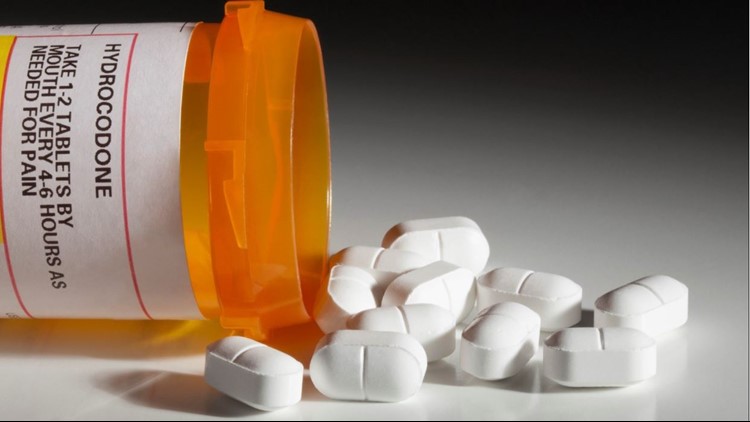 After months of consideration and behind-the-scenes negotiations, the Senate on Wednesday passed Gov. Bill Haslam's two signature bills aimed at reducing the opioid crisis in Tennessee.

The first of the bills limits the supply and dosage of opioid prescriptions for new patients, and the second creates incentives for incarcerated offenders to complete intensive substance use treatment programs and adds measures to better track criminal distribution of opioids.

The bills were part of the TN Together plan, a $30 million effort to address the opioid crisis in the state that Haslam outlined earlier this year.

The Senate passed the first measure 29-1 and the second measure 27-2. The House previously passed both measures, but amendments were added and they will go back to the lower chamber for review.

"Both bills are important. It's part of the attack on the opioid crisis that we have in our state, and I'm glad that both of them passed," said Sen. Ferrell Haile, R-Gallatin, a pharmacist by trade who played an active role in discussions of the bills. "There are some amendments there, but we'll work through that. We're just trying to stop the pipeline."

Although law enforcement and treatment play a role in the governor’s plan, a key focus has been prescription limits for patients deemed “opioid naïve.”

The hope has been to shut off the flow of new Tennesseans becoming addicted to the drugs. But the measures, sponsored by Senate Majority Leader Mark Norris, R-Collierville, and Rep. David Hawk, R-Greeneville, do not cut prescriptions for current patients or patients in chronic pain.

Early on, doctors and organizations like the Tennessee Medical Association criticized portions of the governor's plan over concerns it limits a physician's discretion on when to prescribe opioids to patients in need.

But the Haslam administration, lawmakers and health care providers later reached a compromise on the measure.

The compromise moved the proposed legislation away from a strict five-day limit to a policy that gives doctors more leeway — including the ability to prescribe up to a 10-day supply in some cases.

The Tennessee Department of Health and the Department of Mental Health and Substance Abuse Services have pointed to studies showing that patients who receive opioid prescriptions exceeding five days face a higher risk of addiction.

Under an amendment to the prescription limit bill, physicians may offer patients a three-, five- or 10-day prescription with no more than a 10-day supply and with a dosage that does not exceed a total of 500 morphine milligram equivalent dose.

The bill also includes some other exceptions for serious ailments, such as a "more than minimally invasive procedure" or where the risk of intense pain exceed the risk of addiction.

The updated legislation also says doctors must enter information into a state database of opioid prescriptions for "a new episode of treatment."

But Sen. Jeff Yarbro, D-Nashville, made one last appeal for lawmakers to increase funding for addiction treatment.

"What the bill does is really try to blow up the on-ramp of the opioid epidemic," Yarbro said.

But he said said lawmakers could do more to address treatment and to make sure there were no "winners and losers" in the legislation.

Yarbro sponsored two amendments, one that would have the state show no preference for an opioid addiction treatment drug and another that would have money won in litigation of opioid liability go toward treatment. Both measures were tabled.

Sen. Joey Hensley, R-Hohenwald, a critic of prescription limits, also sponsored an amendment that passed that would allow physicians to write "medical necessity" for some prescriptions.