A military plane crash in 1952 remained locked in an icy grave for 60 years. Now, the 52 souls aboard have been identified and will be returned to their families. 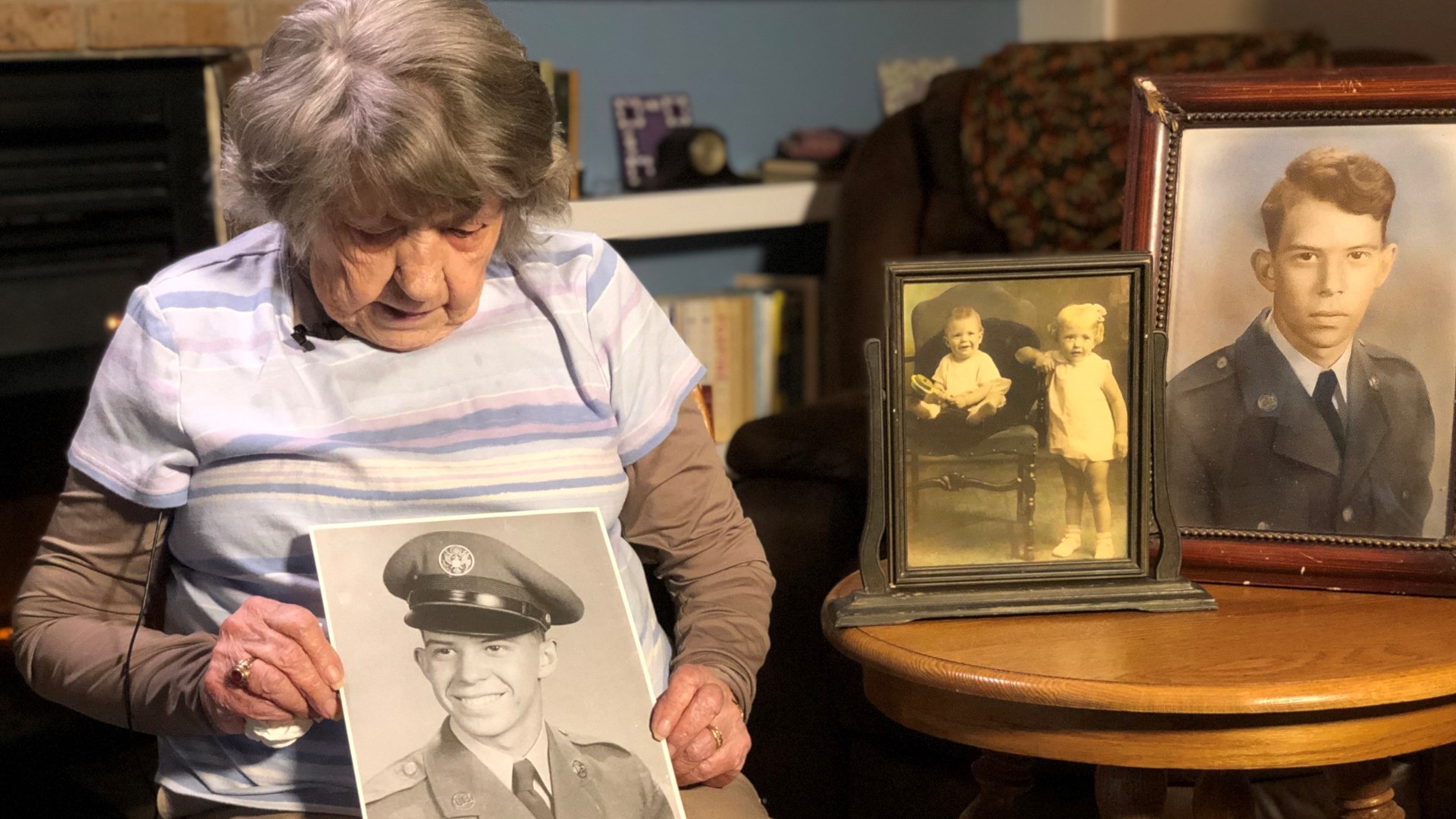 “Mother even went to Alaska in her last year or two of life.  We’d always thought that he was still alive,” recalled Ms. Rachel Hollbrook clutching a tissue and wiping away tears.

Her younger brother “Eddie” was just 19 years old when the family learned the military suspected his transport plane slammed into a mountain.  That was 1952.

Six decades later on June 9, 2012, members of the military reconnected with Eddie’s family and told them a helicopter crew had rediscovered the wreckage of the C-124 Globemaster II and a recovery team was working to find and identify the remains of the 52 troops on board.

Credit: Jan Gibson Family
The crew that rediscovered the wreckage.

“I knew then that he wasn’t just missing that he was really dead.  Like I said, it just brought everything back fresh.  It was just like the day it all started,” said Ms. Hollbrook.

She says her mother went to her grave thinking William Edmond Mize, Jr. might still be alive.

Next month, at age 86, Ms. Hollbrook plans to make the long trip to Arlington National Cemetery from East Tennessee to attend the burial of the 19-year-old brother she remembers as a fun-loving jokester who loved to sing and laugh.