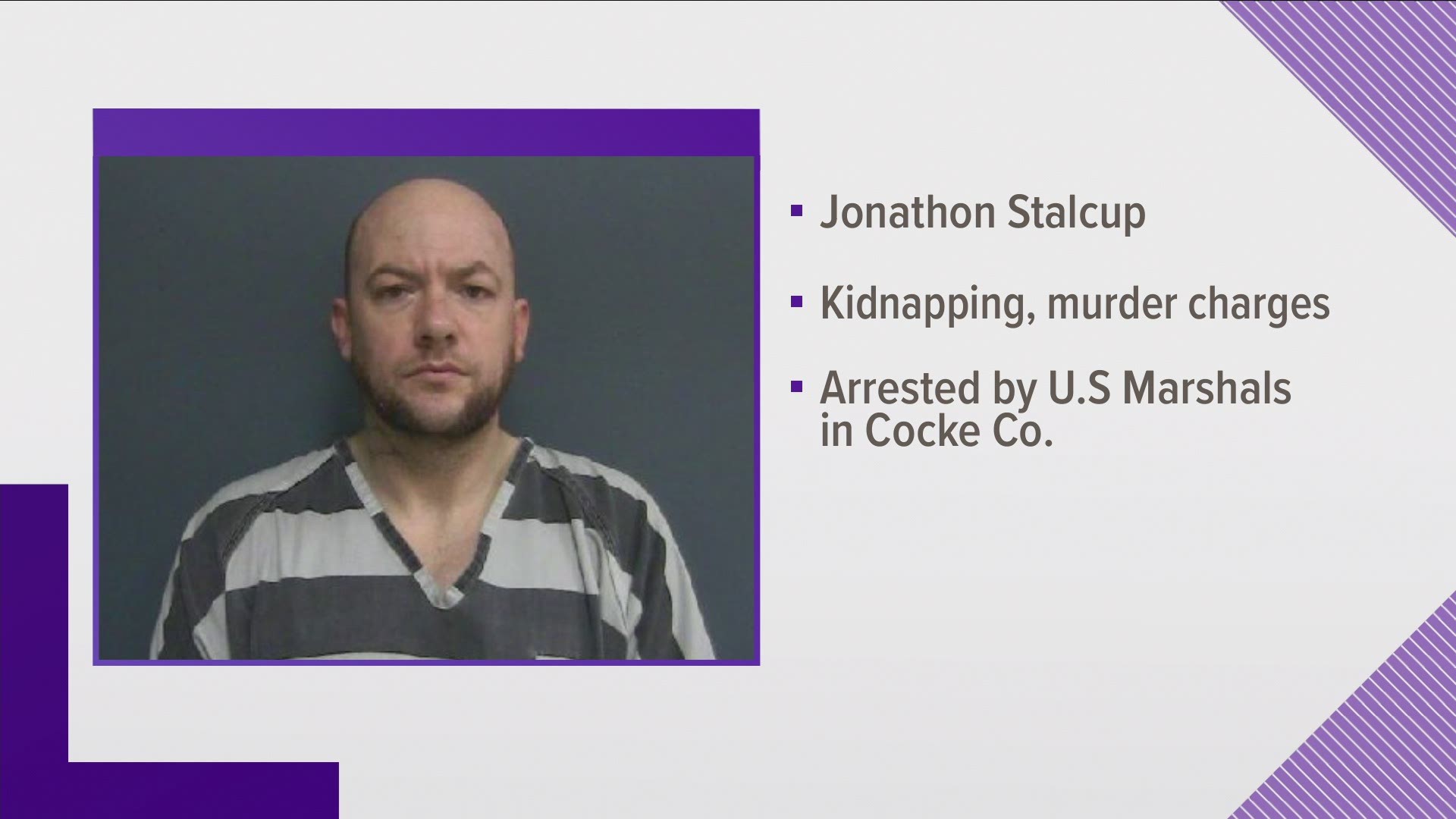 GATLINBURG, Tenn. — Two weeks after a Sevier County woman was reported missing, a Sevierville man has been charged in connection with her murder.

According to the Sevier Co. Sheriff's Office, Carolynne Ann Bartles, 52, was reported missing to the Gatlinburg Police Dept. on Feb. 20.

Authorities from TBI, Sevier County Sheriff's Office, and the Gatlinburg Police Dept. discovered a body six days later in a wooded area in the 500 block of King Branch Road in Gatlinburg. The body has now been identified as Bartles and an autopsy determined that she was the victim of a homicide.

Investigators identified Jonathon Seth Stalcup, 39, as a suspect in the case. U.S. Marshals tracked down and arrested Stalcup in Cocke County on several outstanding warrants on March 3 and transported him back to Sevier County.

The Sevier County Sheriff’s Office, Tennessee Bureau of Investigation, Gatlinburg Police Department and the 4th Judicial Attorney General’s Office are investigating after a body was found in a wooded area in Gatlinburg on Friday.

The body was located around the 500 Block of King Branch Road, according to Sevier County Sheriff Ron Seals.

Officials said the body was sent to the Regional Forensic Center in Knoxville for an autopsy to determine the identity and the cause of death.

The investigation is ongoing at this time, and this article will be updated as more information becomes available.