"About 95-96 percent of the people that are incarcerated in our jails are there as a result of some type of addiction," Sheriff Ronald Seals said. 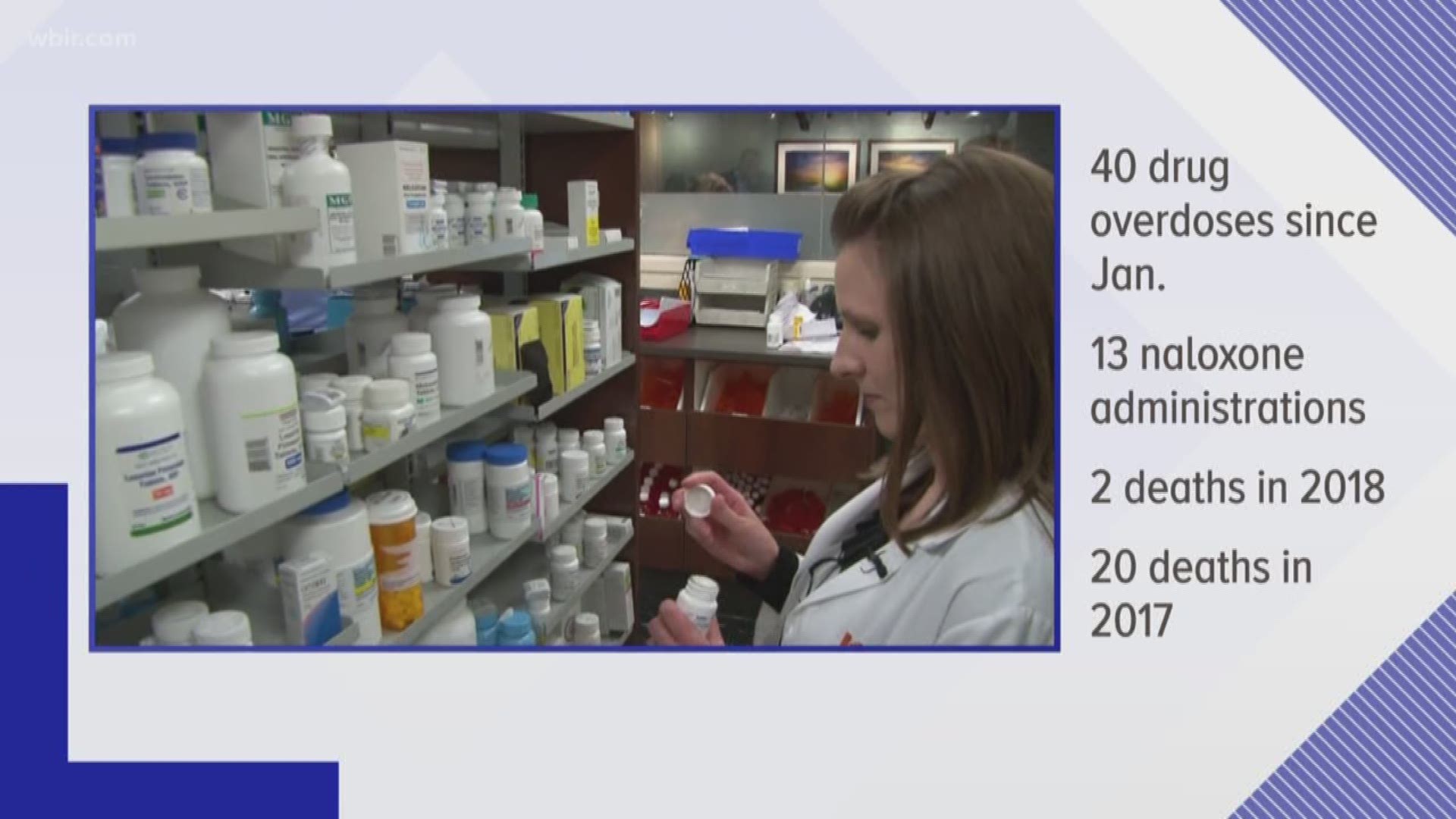 SEVIERVILLE, Tenn. — The drug crisis is running rampant in Sevier County, and leaders there say enough is enough.

He said Naloxone was administered 13 times, and two people have died of suspected drug overdoses this year.

There were 20 overdose-related deaths in the county in 2017.

Sevier County law enforcement, judges, doctors and more are now coming together to tackle that area's opioid problem hands on, trying to compile as many local resources as possible to make a change.

Sevier County law enforcement, judges, addiction specialists and more speak to about 150 people about the opioid addiction problem in that county on Tuesday, April 10.

Many groups recognize that county may have a more rampant addiction problem than other counties in the area, and they don't want to see more lives lost.

"About 95-96 percent of the people that are incarcerated in our jails are there as a result of some type of addiction," Seals said.

But Seals said even that big of a bust won't stop the problem.

"Well it has an impact for a while, but what usually happens once you get these people off the streets, somebody else comes right along and takes their place so we start all over again," he said.

Several groups in the community are now working together to try to put an end to the epidemic and rehabilitate those already addicted.

"Now we're ready, we understand our problem, we understand what's going on," said Ellen Wilhoit, executive director of Leadership Sevier. "So now let's understand how we can come together to bring the resources that are needed that were gaps in the past."

Like Raven Mason, a recovering addict who shared her testimony with the crowd at the forum, leaving them with this message:

Wilhoit said another similar forum will be held in about nine months.

She hopes at that time they'll be able to report improvements.