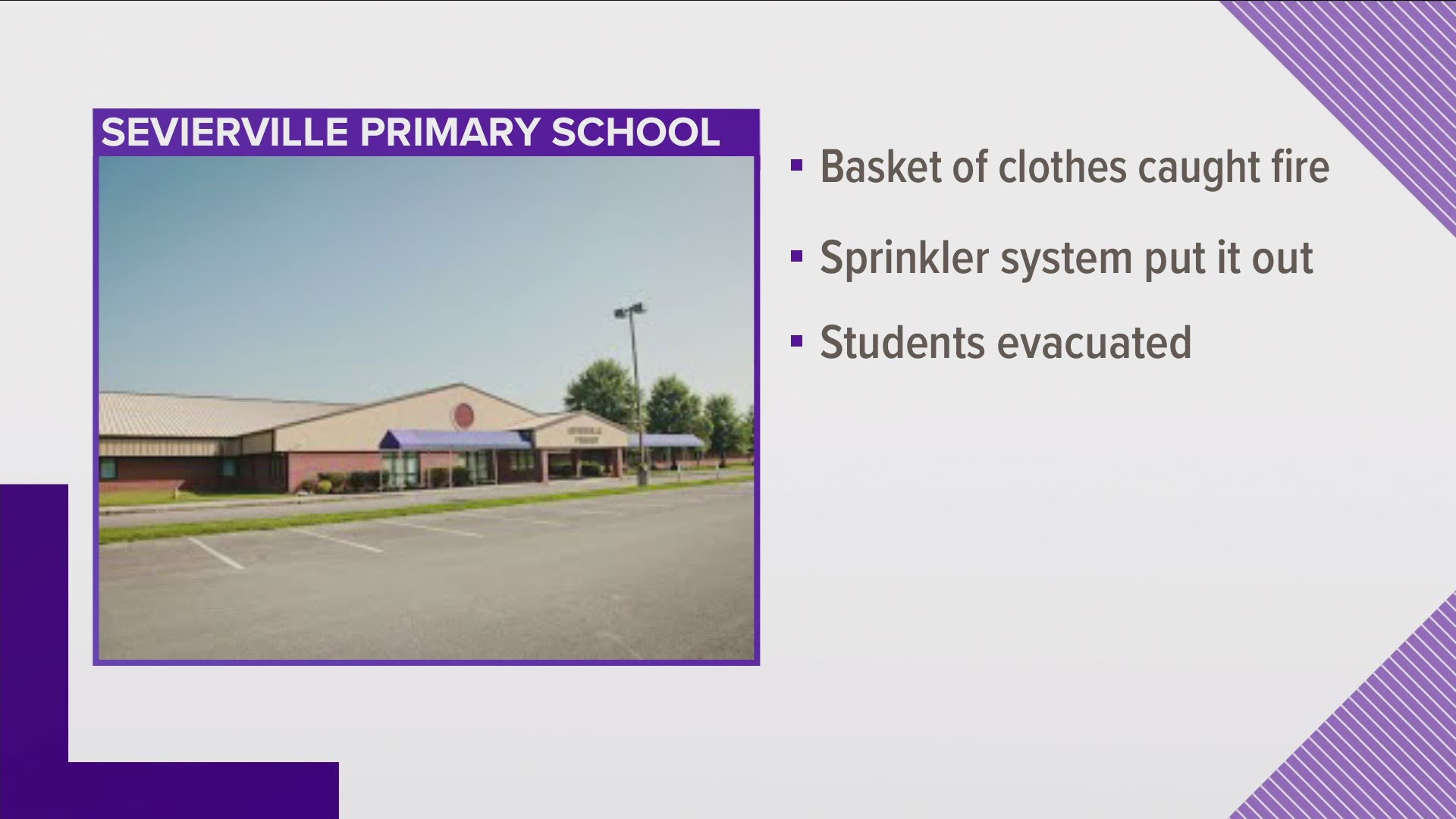 SEVIERVILLE, Tenn. — Sevierville Primary School had to be evacuated briefly Friday afternoon after a small fire caused smoke to fill the area around the school's kitchen.

According to Sevier County Schools, an appliance issue caused the smoke around 12:15 p.m. The city of Sevierville said fire crews arrived to find a basket of clothes sitting on top of a dryer on fire.

The principal evacuated the school. The Sevierville Fire Department and maintenance crews were called in to respond.

The city said the automatic sprinkler system activated and was able to extinguish most of the fire, and crews put out the rest. The area around the dryer suffered minor damage.

No one was hurt in the incident. SCS said students returned to class about 20 to 30 minutes later.

The school system said it is sending a letter home to parents with more details about the incident.