A Kingston woman has only been quilting just over a decade but in that fairly short time, she's created nearly 200 quilts and seen her creations featured in quilting magazines. 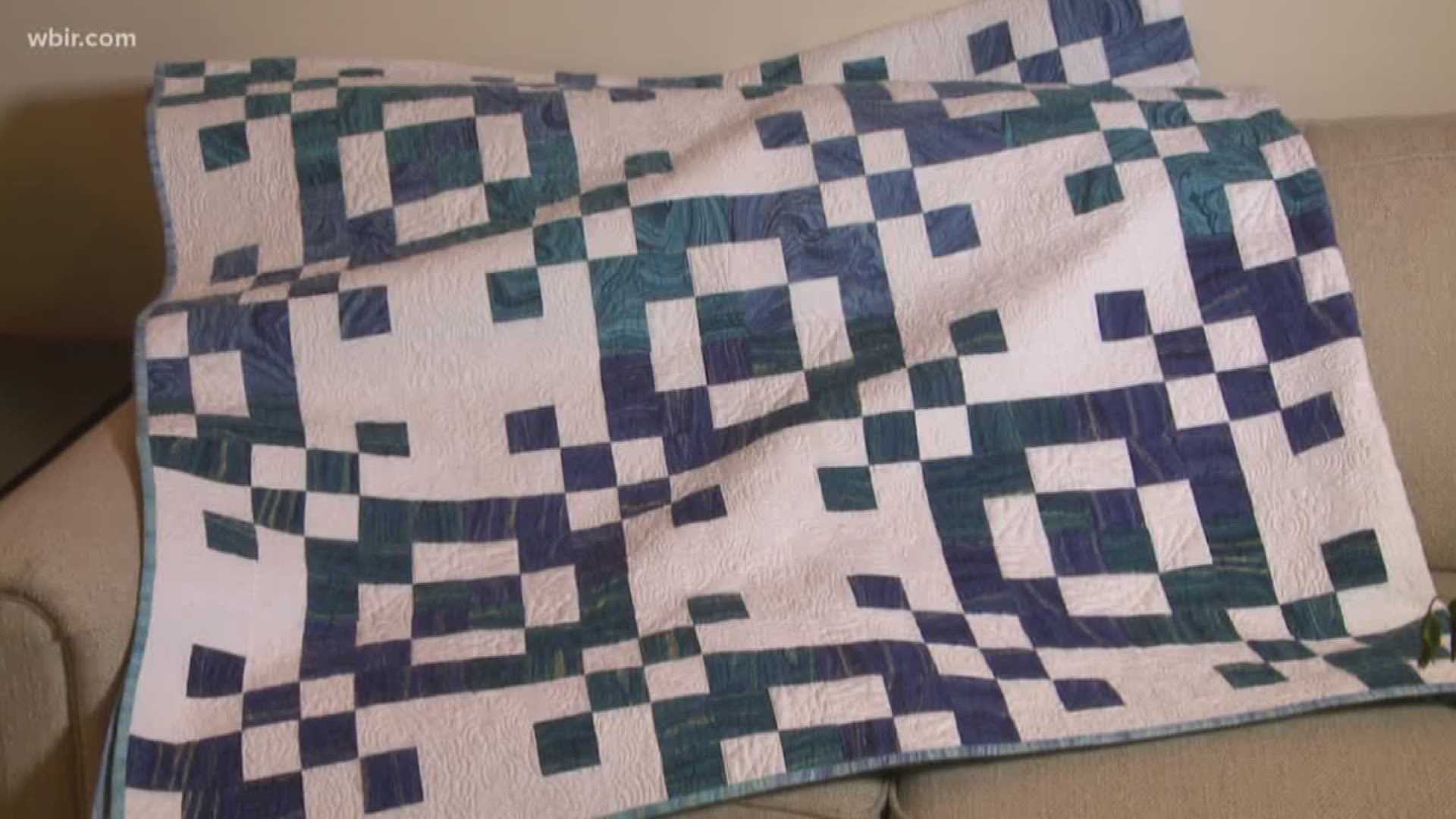 Kingston, TENN. — Rachel Hayes grew up watching her grandmother quilt. But it wasn't until 2007 that a friend taught her how to do it.

Now, she's an accomplished quilter who has seen her work published in many magazines.

"It was just an obsession, I just loved it, it's so creative," Hayes said.

From her home in Kingston, she works on her quilts with different patterns and fabrics.

"I'm a finisher. I may not be like typical quilters who hoard a lot of fabric and start lots of projects. I won't start anything typically until I finish something. I like the fact that it's creative, but you get something," Rachel said. "There's something you can use, it's practical so no matter how ugly a quilt is you can still use it to stay warm, keep on a bed."

Rachel is being modest! She's had some of her quilts featured in national quilting magazines including two coming out later this year.

Some have even been used to help someone she knows remember a lost loved ones.

"I just want to make something pretty for them. Something that they'll cherish," Rachel said. ""My favorite one was a little couple that lived across the street from us. They'd been married I think 73 years and they went to an Assisted Living and he fell and passed away and she couldn't even touch his shirt, she had her son-in-law come and gather the shirts. She said she hadn't been able to sleep since he passed away and she just wrapped up in that' it was so sweet, we all cried."

She may have just over a decade of experience but Rachel Hayes, a finisher, has finished products that people she loves will treasure the rest of their lives.

"It's a hobby." Rachel said. "My husband fishes, that's his hobby.. but it's like I get something for it. I can make other people happy with those."