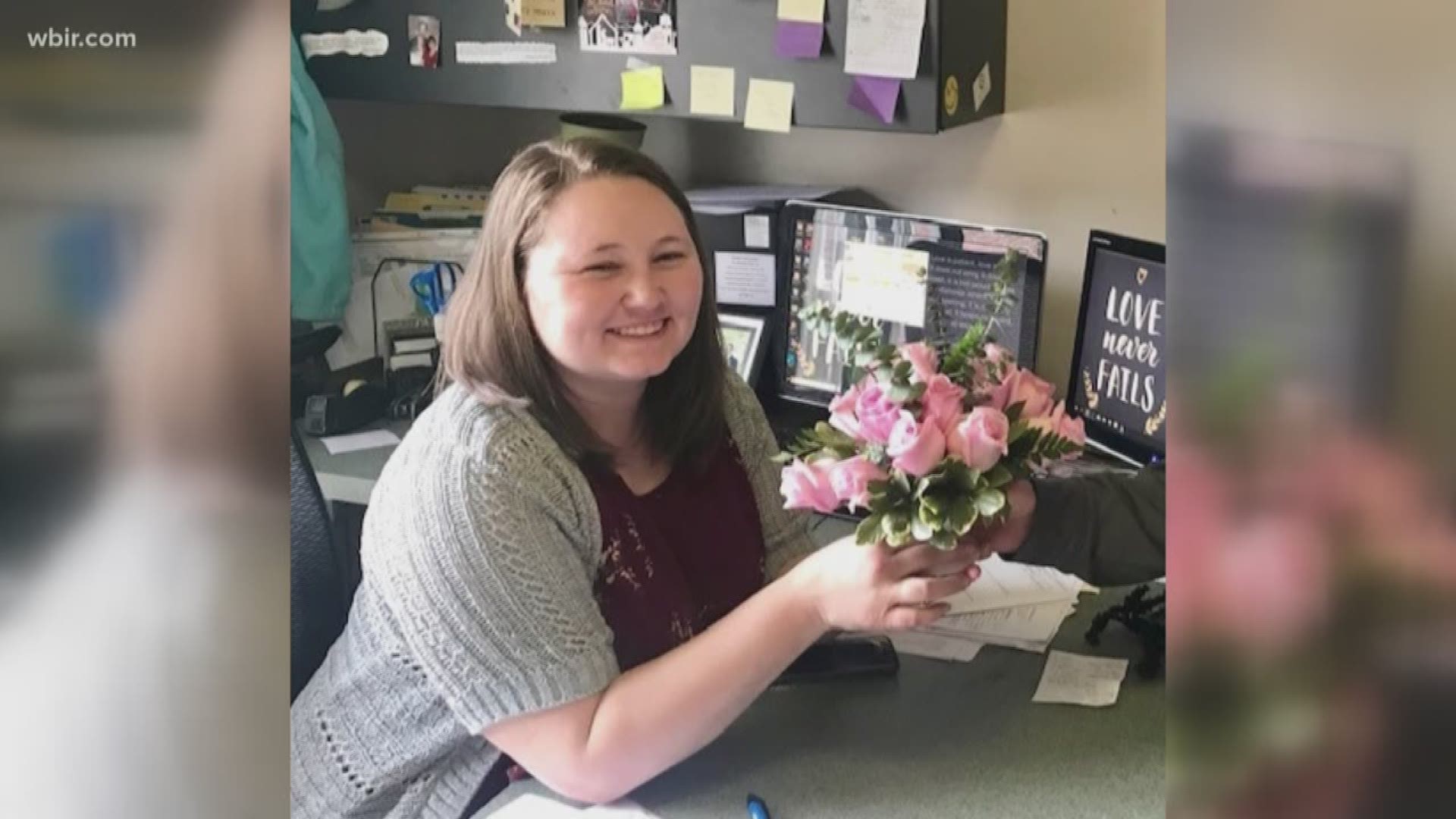 YORK, Pa. — The 24-year-old woman who was killed Tuesday in a random shooting at the Tanger outlet mall in Sevierville is being remembered for a smile that lit up the room and her passion for her work.

Olivia Cunningham of York, Pennsylvania, was on vacation in East Tennessee when her life was cut short. Police said she had just walked out of the Coach store when she and another man were confronted by 21-year-old Leon Jones and shot.

Cunningham did not survive her injuries.

The news hit her co-workers at the Friendship Community hard. The non-profit Christian ministry provides residential and support services to people with developmental disabilities.

"It's very difficult. Olivia was a beloved staff member. When she walked into the room, she lit up the room," said co-worker Laurel Spagnolo. "Until it reaches someone you know, it makes it very real."

Cunningham, who studied Communications in college, found her calling by helping others at the Friendship Center. She had worked there since 2016, most recently as a program manager.

Ressler said Cunningham was always going out of her way to connect with others and no matter how busy she was, she took the time to talk to everyone.

"She really was just getting started. She found her passion. Lived her passion. It's really unfortunate it was ripped away from her," Ressler said.

Olivia often visited clients in their homes -- stepping in where she could to help them. On one occasion, she helped residents of a group home after a fire destroyed their apartment complex.

Olivia's husband also worked for Friendship. All of her co-workers are working through their grief and trying to support him, who they said is heartbroken.

"We will look for a truly special, meaningful way to memorialize her. And to support her husband," said Spagnolo.

The man that police said killed Cunningham fatally shot himself after the attack on Cunningham. Another man, 75-year-old John Marr of Templeton, Mass., was also shot, but he survived his injuries and was released from the hospital on Wednesday.

Investigators don't believe there was any connection between the shooter and the victims, and they have not released a motive for the shooting.

WGAL contributed to this report.