The City of Newport said they left the shelter on Friday and the only animals they took with them were court-held animals. 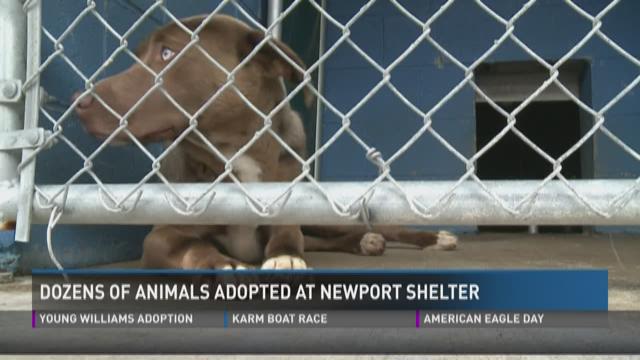 UPDATE: The City of Newport said they left the shelter on Friday and the only animals they took with them were court-held animals.

According to Gary Carver with the City of Newport, all of the adoptable animals were adopted.

ORIGINAL STORY: The Newport Animal Shelter will host an adoption event this weekend as it pushes to clear its cages ahead of closing.

The shelter will host the kitten adopt-a-thon on Saturday, June 17, from 11 a.m.- 2 p.m. Each family will be limited to one cat or kitten.

It comes just two weeks before the shelter will close its doors permanently on July 1. The shelter is being evicted because of a disagreement between the building's owners and the city.

The Animal Shelter will not be terminating the animals remaining there after June 30. If the shelter closes at the end of June, any remaining animals at the shelter after the adoption will be transferred to another facility.

City officials are currently attempting to negotiate with the Newport Friends of the Animal Shelter and County officials to reach a funding agreement to continue the operation of the animal shelter in Cocke County, according to the City of Newport.

If the shelter is forced to close, the human society says it plans to refurbish the property and open it back up as an independent shelter in the next few months.